‘We were very much numb’: SIU alumnus was across the street from Las Vegas mass shooting 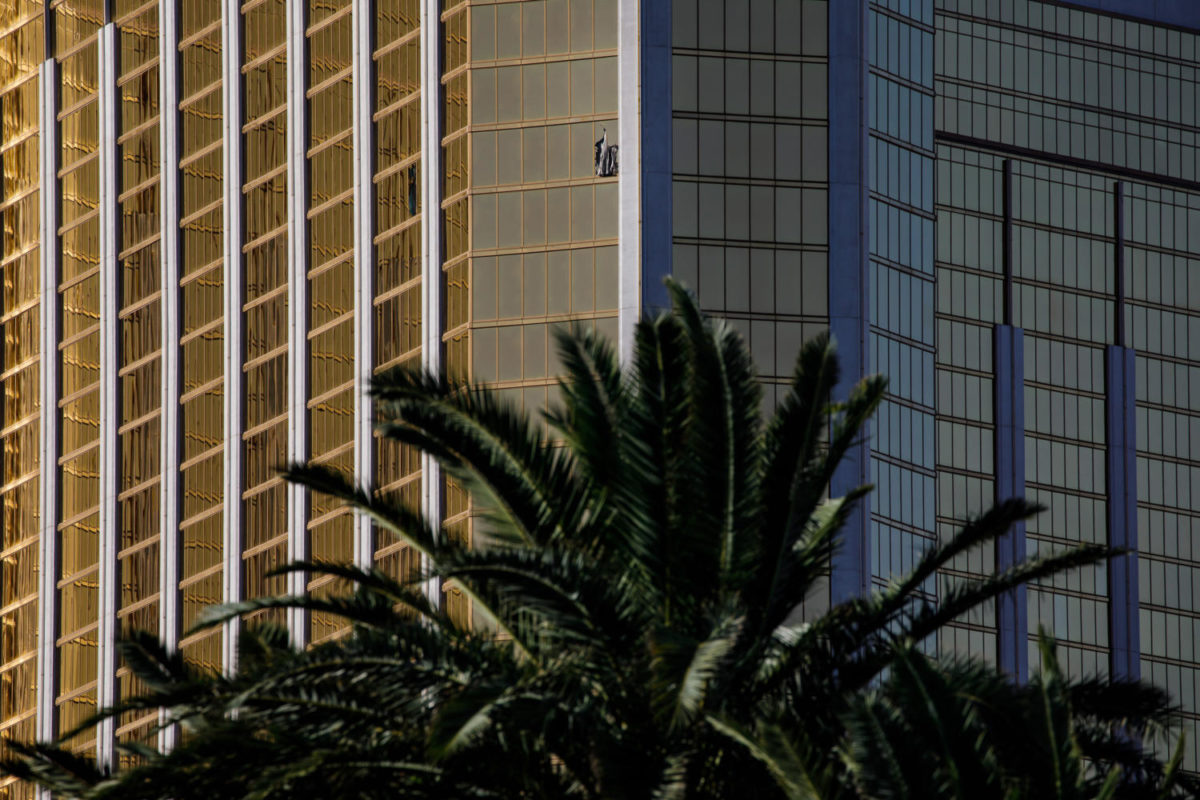 A curtain blows out of a broken window where a gunman opened fire from an upper story of Mandalay Bay resort on a country music festival across the street on the Las Vegas Strip on Sunday night, leaving at least 58 dead and more than 500 injured, in Las Vegas, Nevada, on Oct. 2, 2017. (Marcus Yam/Los Angeles Times/TNS)

When Steven Berczynski woke up early Monday morning to news that a mass shooting took place Sunday night right across the street from the Las Vegas hotel where he is staying with his wife, he panicked.

“Immediately we were so concerned with our safety, and we didn’t really know what to say or where to go or what to do,” said Berczynski, a 2013 photojournalism alumnus from Batavia. “The best word to describe it would be numb. We were very much numb to it. Not numb in the sense that it didn’t affect us, but we didn’t really know how to feel.”

At least 58 people were killed and over 500 were injured in the attack, police said, making it the deadliest shooting in modern U.S. history.

The gunman, 64-year-old Stephen Paddock, fired bullets into the crowd of a Jason Aldean concert around 10 p.m. from the 32nd floor of the Mandalay Bay Resort and Casino, Las Vegas police said.

Berczynski, who now lives in Chicago and went to Las Vegas on his honeymoon, said he and his wife arrived early Sunday morning and, after a full day of exploring the Strip and visiting casinos, they retired back to their hotel early.

Around 9:30 p.m. he said the concert could be clearly heard from their hotel, MGM Grand Las Vegas Hotel & Casino. When Berczynski left the hotel room for the lobby casino around 10 p.m., he said it had gone silent.

“I went down to the casino a half hour later and you could not hear the concert anymore,” Berczynski said. “I didn’t really think anything of it.”

He said he went back up to the room shortly thereafter. He and his wife didn’t realize what had happened until about 3 a.m. when their loved ones back in the Midwest started calling and texting them to see if they were OK. 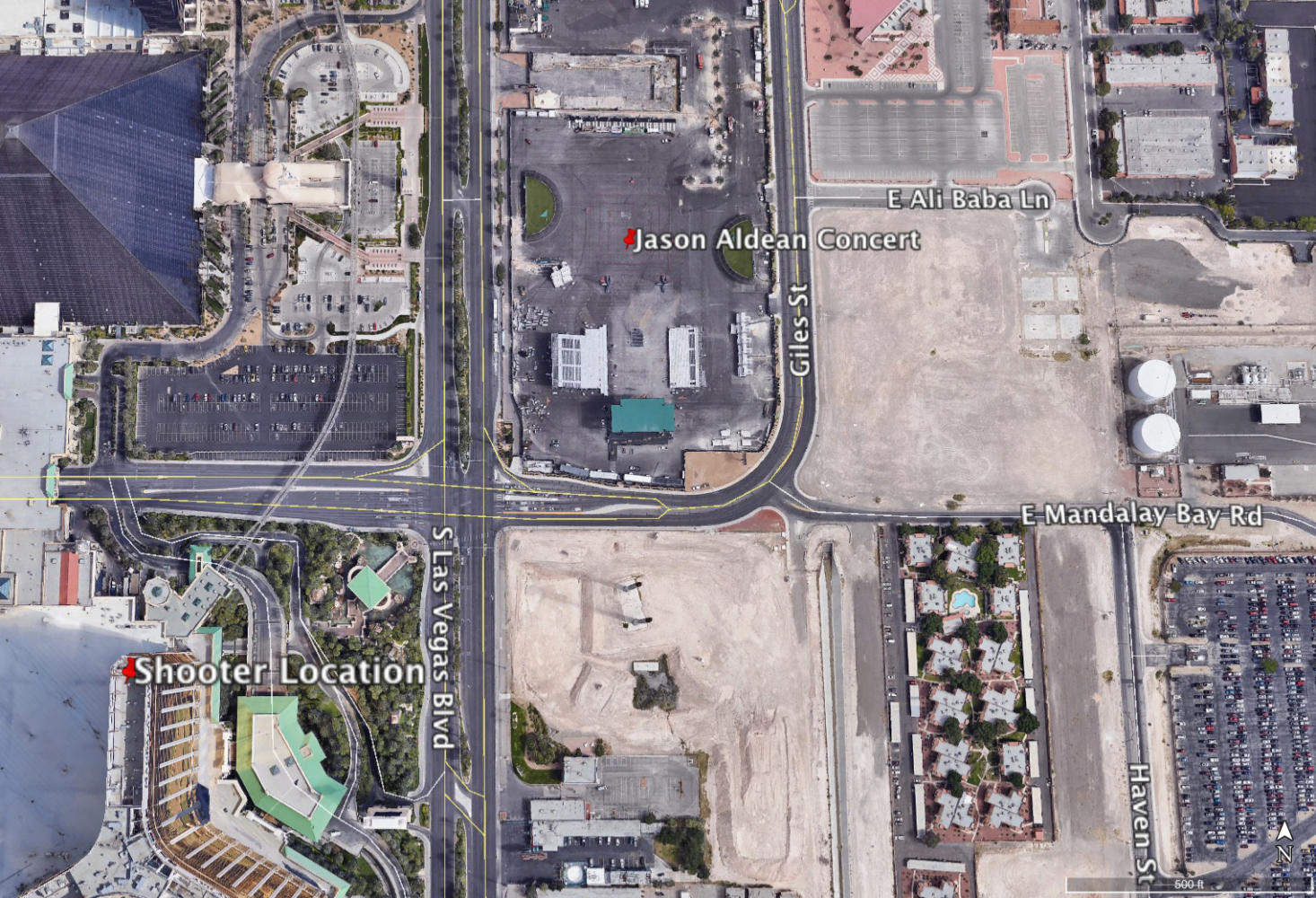 By the time police responded to the gunman’s hotel room, he was already dead. Local officials say they believe he killed himself. His motive remains unclear.

“I can’t get into the mind of a psychopath,” Las Vegas Sheriff Joseph Lombardo said at a press conference Monday morning.

Police found 10 or so guns inside the gunman’s hotel room, all of which appear to have been purchased legally, according to law enforcement officials.

Berczynski said he hopes this will be a catalyst for politicians to enact gun reform legislation.

“I hope, yeah, but I have my doubts,” Berczynski said. “This seemingly happens every other month.”

Though police have yet to confirm the type of weapon Paddock used, initial reports convey suspicions that one of the rifles found in his room was altered to function as an automatic weapon.

In the aftermath of the shooting, Berczynski said Las Vegas has come together to try to help the victims.

“People are running out of their homes to donate water, drop off food, donate blood,” he said. “The lines to donate blood were out the door at like 6:30 this morning … Vegas is really rallying together to do whatever is needed.”