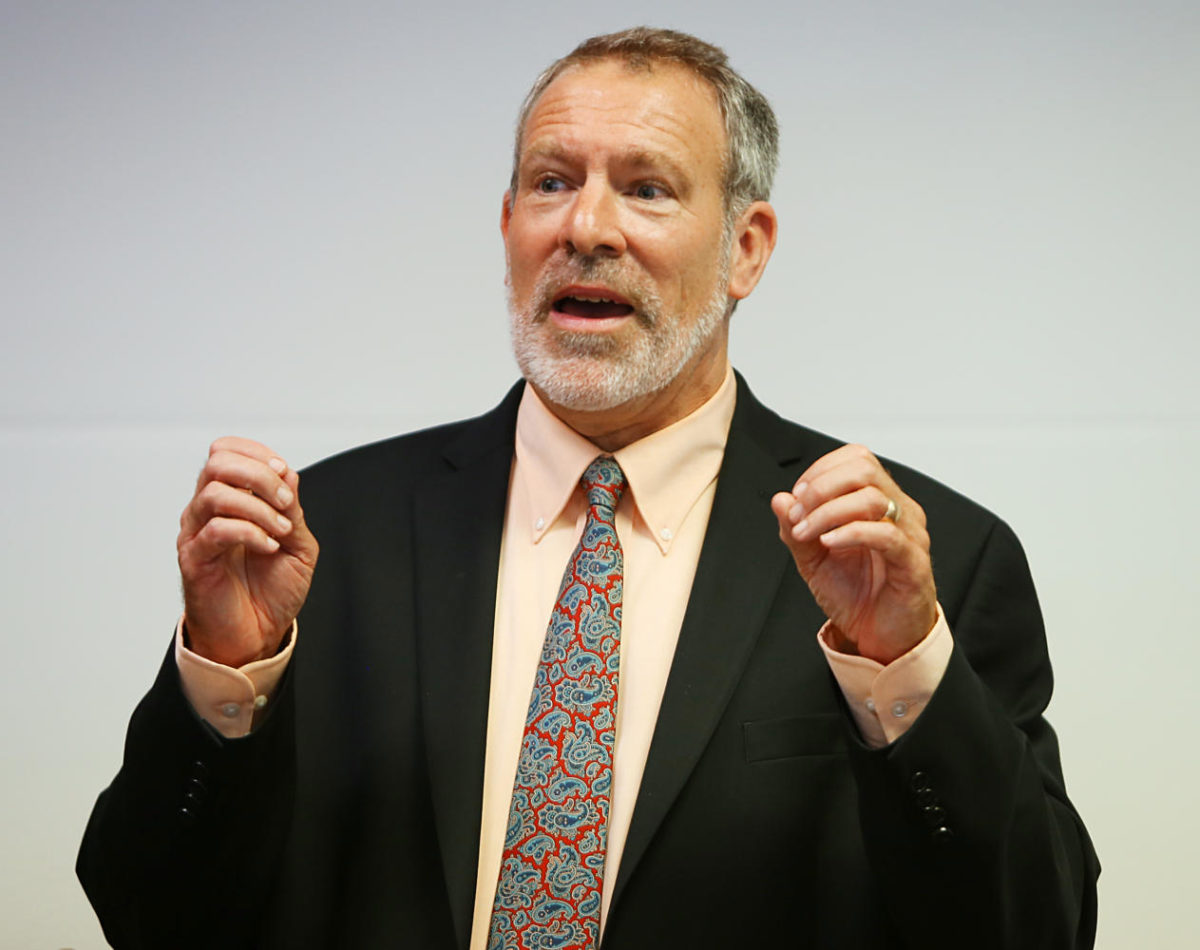 John Shaw, one of six finalists to become the Paul Simon Public Policy Institute’s next director, wants to create a “buzz” around the institute.

Shaw, who has been a congressional reporter for the Washington Diplomat for the last 20 years, presented his plans for the institute Friday in the Student Center. If chosen, Shaw would replace David Yepsen, who retired last October.

His course of action centers around statesmanship, stability and leadership.

“A program on statesmanship fulfills a huge need,” Shaw said. “This is a mode of operating in politics that is not particularly common. [Statesmanship] should be identified, celebrated and awarded.”

Shaw said implementing a statesmanship-centered initiative would include a program with an annual award, and the institute would have a resident statesmen who could talk to students, give lectures and speak with faculty.

The leadership ideas this person would bring would gradually transfer into other programs, Shaw said.

“[When launching initiatives], I think it’s best to just start small, focus it very clearly and really develop it,” Shaw said. “I think something like this can really take off.”

The initial phases of the proposed statesmanship program would inspire “leading thinkers” in the United States to start a conversation about the importance of statesmanship, Shaw said.

Along with his proposed statesmanship initiative, Shaw said his journalism experience would influence his leadership of the bipartisan think tank.

“One thing [a background in journalism] helps you do is ask good questions,” Shaw said. “Part of managing is just to really know what the facts are and what the problems are.”

If chosen, Shaw said he for the first couple months would spend time speaking with staff, faculty, the institute’s board and political leaders in Illinois to feel out what programs are succeeding and which need to be adjusted.

Looking toward the future of the institute, Shaw said he also wants to focus on fundraising.

Sen. Paul Simon, who founded the institute after serving in the U.S. Senate from 1985 to 1997, was a “ubiquitous figure,” Shaw said. He said the institute has been a good resource for students already and has many successes that can be used as groundwork.

Overall, Shaw said his goal is to build upon an “already strong foundation.”

“I think a lot of [the media’s] attention will be on the changing nature of political leadership,” Shaw said. “I think the Simon Institute should [approach politics] a different way and a better way, and I’d like to be a part of that and help a new generation understand that this is the better way to do politics.”

Staff writer Isabelle Rogers can be reached at irogers@dailyegyptian.com or on Twitter @isabellearogers.