Puerto Rico: The urgency of now 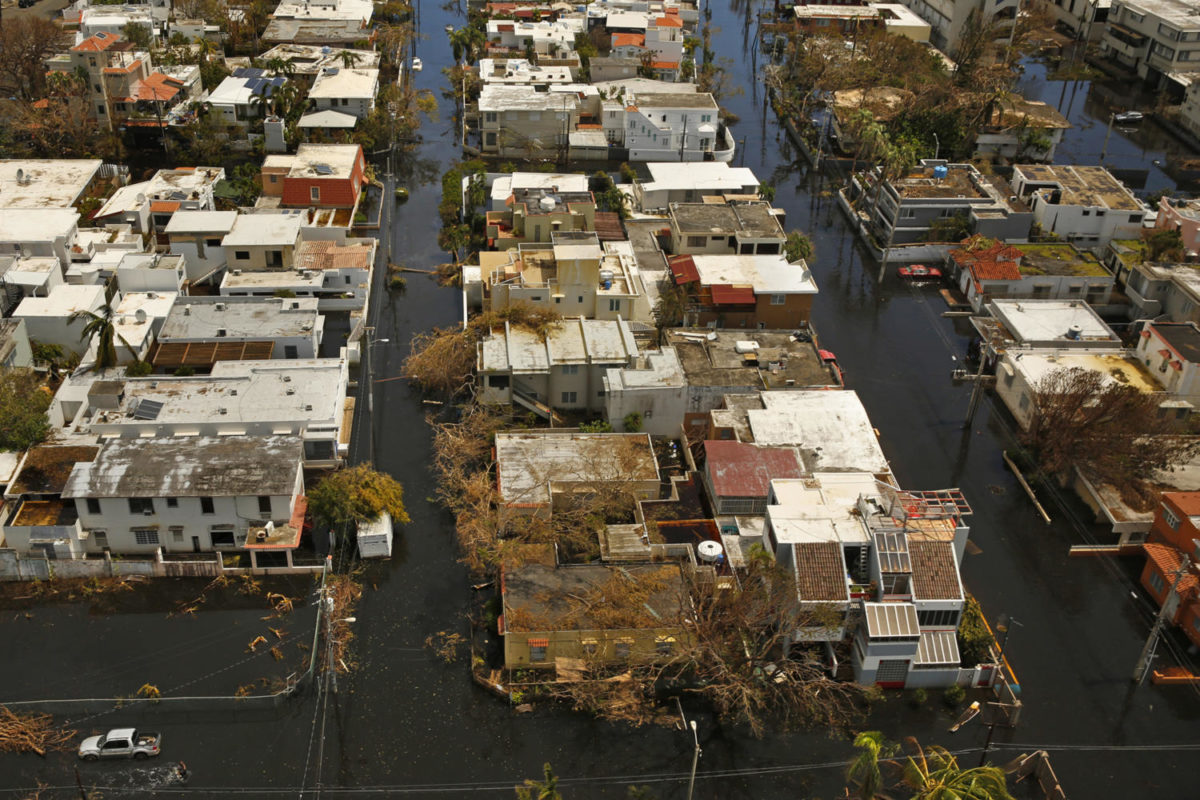 Nearly one week after hurricane Maria devastated the island of Puerto Rico, residents are still trying to get the basics of food, water, gas and money from banks. Much of the damage done was to electrical wires, fallen trees, and flattened vegetation, in addition to wooden home roofs torn off. (Carolyn Cole/Los Angeles Times/TNS)

“Why is this taking so long?” asked Rep. David Cicilline, a Democrat representing the state’s 1st Congressional District. “Bring a bill to the floor. Let’s address this humanitarian crisis.”

We share Cicilline’s frantic concern for Puerto Ricans devastated by Hurricane Maria. The Category 4 storm whipped sustained winds of 155 mph across the island beginning Sept. 20, toppling cell towers and shredding power lines. Communication in the days after the storm has been challenging.

The island, located 1,150 miles off the southeastern coast of Florida, remains largely under blackout. It could be weeks before electricity is restored. Food and water are in short supply. Washed out bridges and roads have worsened isolation. And flood damage to airports has complicated efforts to deliver supplies.

We also offer some context. Puerto Rico’s governor, Ricardo Rossello, praised President Trump’s responsiveness, saying Trump has been in contact with him on a daily basis. Rossello has said he was “very grateful” for the help of the federal government and blamed logistics, not politics, for delays in getting help immediately after the storm.

Within days of the storm’s landfall, the Federal Emergency Management Agency, U.S. Department of Defense, National Guard, U.S. Marines and the Coast Guard were on the ground or on their way to the island, federal officials have said. Thousands of U.S. Army Reservists also were deployed and flights and vessels of supplies began arriving.

Puerto Rico and the U.S. Virgin Islands will qualify for the same programs offered by the federal government toward hurricane relief efforts for residents of Texas and Florida.

So was the response to citizens of Puerto Rico quick enough?

It’s never quick enough. Not with a storm of that magnitude on an island 1,150 miles away. It’s not possible. Residents of Texas and Florida also waited for help after Hurricanes Harvey and Irma. Some rural Floridians spent more than a week without electricity or running water, with water and gasoline supplies strained and with homes flooded.

Trump on Wednesday acknowledged his administration is considering lifting the Jones Act to speed up aid to the island. Congress passed the act after World War I to protect U.S. interests, both militarily and economically. The act mandates that products shipped between American ports be carried by vessels built in the United States and staffed by U.S. citizens.

If temporarily lifting the act would speed up supplies to Puerto Rico, the Trump administration should not waste any more time. Do it.

Also complicating clean-up on the island is its precarious economy, damaged by overspending and teetering near bankruptcy — and some say due in part to the Jones Act, which makes it more expensive for Puerto Rico to receive U.S. products.

Last year, Congress approved the Oversight, Management and Economic Stability Act for Puerto Rico, a bill designed to help lift the island out of its vast debts with stricter federal oversight of spending and revenue.

But now more aid is needed. Reinstalling a power grid, along with housing rehabilitation and basic supplies, on a poor, isolated island that relied on tourism and agriculture, will require direct and consistent attention.

Help is there. More is on the way. More can be done.