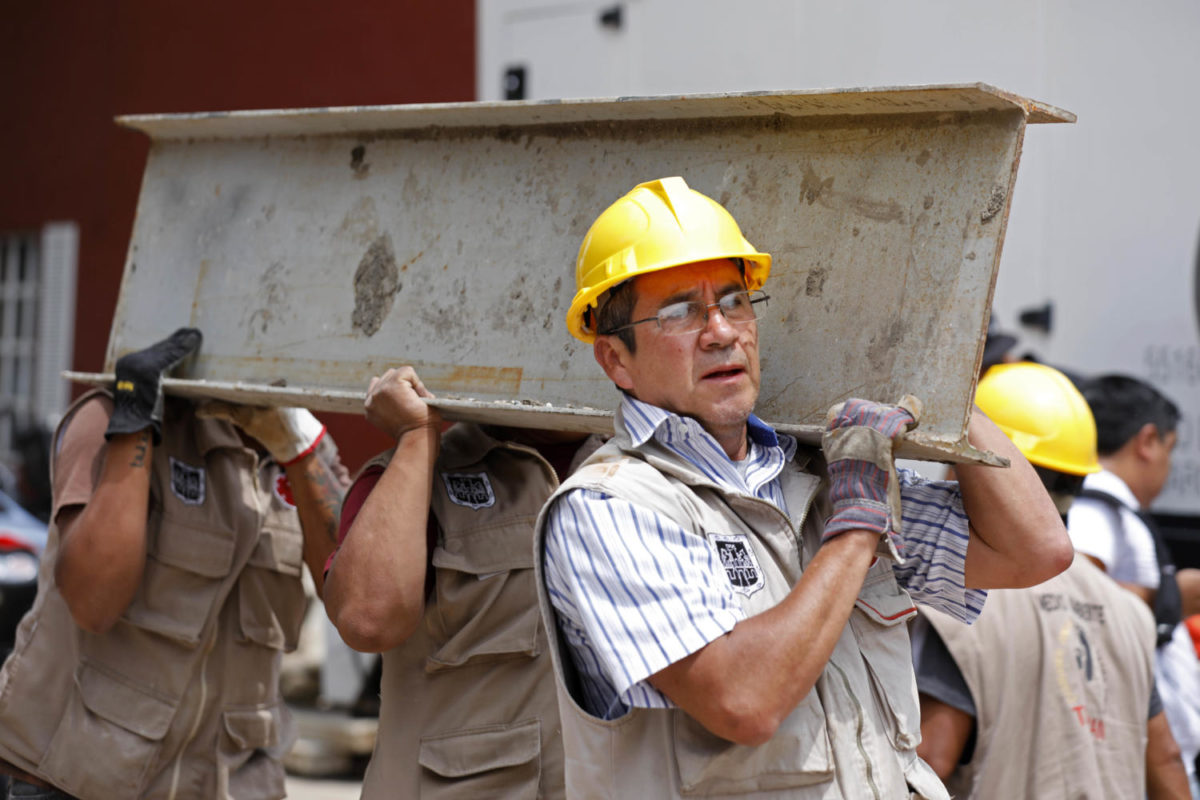 Scenes of desolation and rejoicing unspooled Thursday at the sites of buildings crumbled by Mexico’s deadly earthquake, which killed at least 274 people and galvanized heroic efforts to reach those trapped.

But a parallel drama transpired as the government announced that there were no missing children in the ruins of a collapsed school — after the country was transfixed for a night and a day by reports of a 12-year-old girl feebly signaling to rescuers from under the rubble.

Outrage ensued over what many Mexicans believed was a deliberate deception.

On Thursday afternoon, the Mexican navy reported that there was no sign that any child was missing and alive in the rubble of the Enrique Rebsamen school on Mexico City’s south side, where at least 19 children and six adults had died. One more adult might still be trapped in the rubble, navy Undersecretary Angel Enrique Sarmiento said at a news conference.

“All of the children are unfortunately dead,” he said, “or safe at home.”

The overall confirmed fatality count was expected to climb as more bodies were recovered. Rescuers at sites across the sprawling metropolis of Mexico City used search dogs and calls to the cellphones of those trapped to try to pinpoint the location of anyone who had survived two nights under the remains of damaged buildings.

The harrowing rescue effort at the Enrique Rebsamen school had become a social media sensation when news outlets began reporting intensively about the search for a trapped girl thought to be named “Frida Sofia.”

By Thursday afternoon, authorities said that at least one boy or girl was believed to be alive in the wrecked building but that they were not sure of the child’s name. Then the navy’s announcement dashed any remaining hopes for small survivors.

For many, the fate of one little boy or girl became a symbolic stand-in for a panorama of loss, either threatened or realized. Even for those without casualties in their circle of family and friends, widely shared news of the rescue effort at the school provided a national commonality after the quake had robbed so many of any sense of safety and normality.

Shows of solidarity were everywhere. On Thursday morning, volunteers armed with shovels lined up near the rescue site to relieve those who had been moving rubble all night. Other volunteers handed out coffee, sandwiches and chilaquiles — a popular Mexican breakfast dish — to dust-covered rescuers.

President Enrique Pena Nieto, who has declared three days of national mourning, on Thursday paid a hospital visit to those injured in the quake.

An elite team of disaster experts, including an urban search and rescue team from the Los Angeles County Fire Department, landed in Mexico City to aid in relief efforts.

The U.S. Agency for International Development reported the arrival of its Disaster Assistance Response Team, along with more than 60 firefighters and five highly trained dogs.

The USAID team, requested by the Mexican government, will conduct damage assessments, search for victims and coordinate with local authorities and aid groups to bring assistance to those most affected.

As dawn broke, rescue efforts pushed ahead in neighborhoods rich and poor. Hours earlier, in Condesa, a woman’s faint voice could hardly be heard under a pile of rubble that had been her second-story apartment. Rescuers thought there could be up to four people under the collapsed ruins.

Standing atop the building’s remains on Wednesday night, firefighters, soldiers and volunteers peeled back entire floors in slices, digging past people’s belongings: books, blankets, clothes, an ironing board. Couches and pillows went flying.

The rescuers demanded silence. One of them stuck his head down into the void, calling for anyone there to answer if possible. But it was still too loud. Generators and vehicles were turned off. Small chatter subsided.

From a few dozen yards away, the voice sounded like a whisper. The rescuers waited. The trapped woman called to them again.

People stood still, captivated. Some of them wept. A woman broke the silence, yelling over a megaphone: “She is Lorna. She’s on the second floor.”

The woman said Lorna’s family was trying to call her. Seconds later, a phone chimed from inside the pile.

After Lorna spoke, the workers quickened their pace, passing buckets of concrete down lines of volunteers to a truck for disposal. A storm had come into the city around 7:30 p.m., pummeling the site with rain for several minutes. Thunder crackled, and lightning flashed.

Later in the evening, a woman was pulled from the rubble along with two bodies. The woman was transported to a hospital. It was unclear if it was Lorna.

At 5 a.m., rescuers recovered another body from the building: that of Gabriela Jaen Pimienta, 44 — found hugging her Chihuahua, also dead. She had lived on the fifth floor with her husband and daughter, who both survived the earthquake, said relatives who had kept a day-and-night vigil.