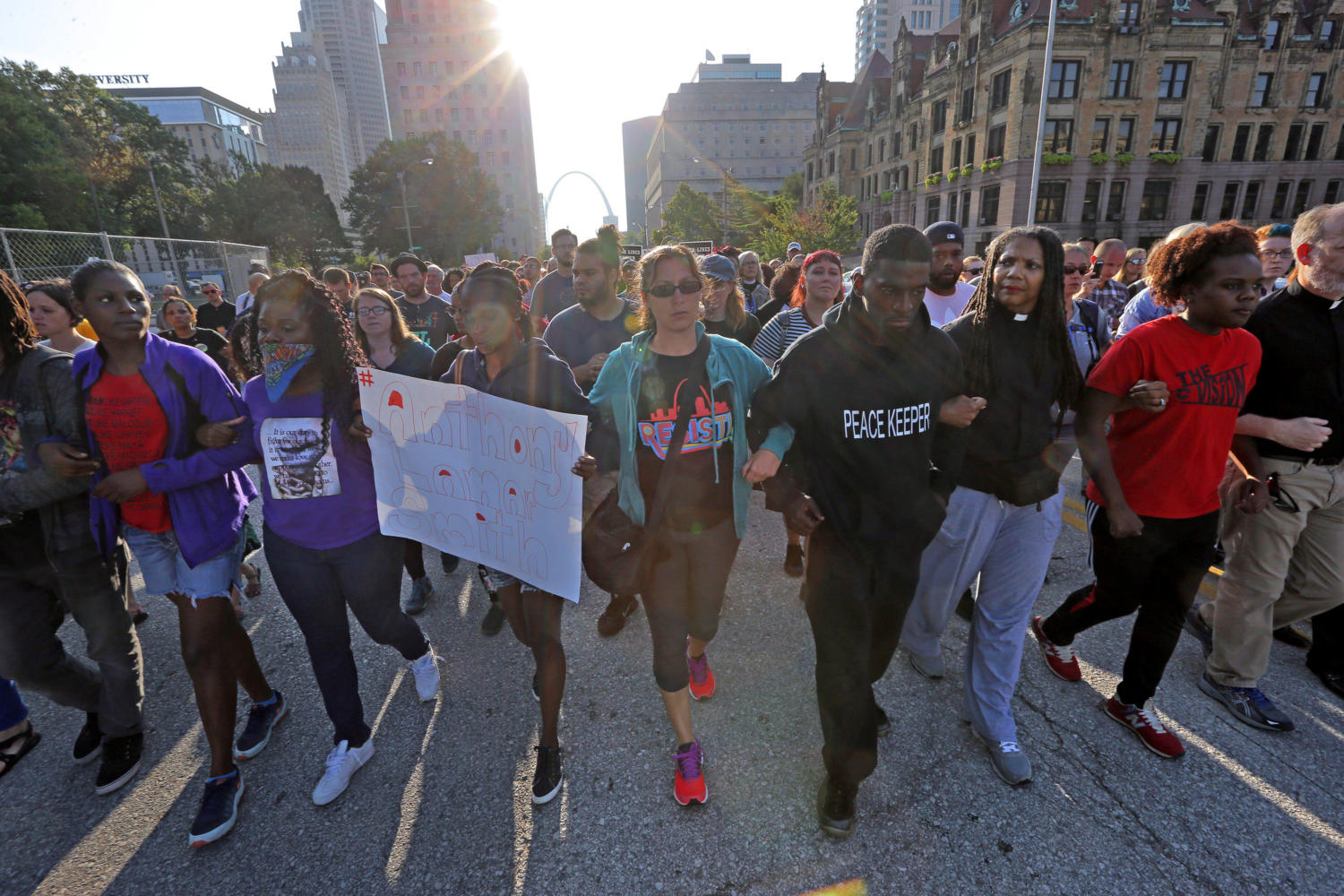 Police officers began blocking Market Street at 14th and 17th streets shortly before 8 a.m. The protesters stopped briefly at 14th Street and held their hands in the air. The crowd dispersed to allow an ambulance to attend to a man needing medical attention, then resumed to the steps of City Hall where they broke silence and shouted familiar protest chants.

After stopping there, the group took its chants to the front of the Municipal Courts building before moving north on Tucker Boulevard.

Franks, who owns an insurance office on Cherokee Street, expressed sympathy for the businesses that sustained damage during protests.

Fred Scott, 65, of St. Louis, a retired post office worker, was involved in 2014 protests in Ferguson and said he protesting again for his four sons because it is his “civic duty.”

“I’m tired of the fact that there’s no justice,” Scott said. “Evidence doesn’t make any difference.”

Scott said he doesn’t support the violent protests that have erupted the past few evenings.

“They’re not on the same agenda we are,” he said.

At Kirkwood High School, some students staged a demonstration by walking into the football stadium Monday morning. Also Monday morning, about 250 University City High School students, clergy, police and activists gathered for speeches and poems outside the school. Some students were selling T-shirts to support University City businesses and others affected during weekend protests.

Stockley was acquitted Friday of first-degree murder and armed criminal action in the 2011 shooting death of Anthony L. Smith, 24, of St. Louis, following a police chase.

Joel Currier of the Post-Dispatch contributed to this report.