After long delay, governor assumes role of Rauner the recruiter 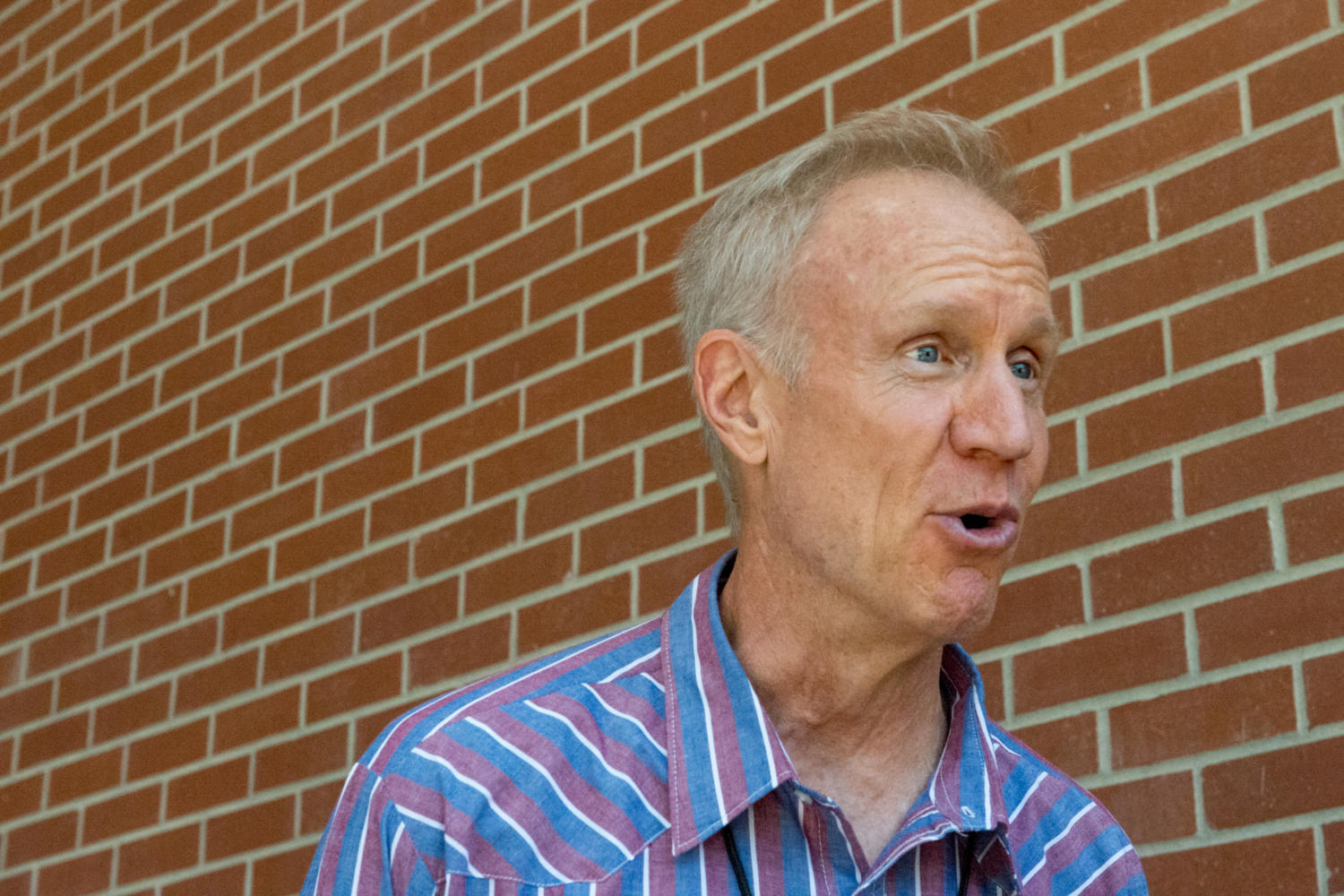 Before Bruce Rauner was elected governor, he crisscrossed the state touting his business acumen and vowing to travel the world on his “own dime” to recruit companies and spur investment in Illinois.

When then-Texas Gov. Rick Perry launched a campaign to poach companies from Illinois, Rauner said his fellow Republican was just “doing his job” because governors “should compete to recruit businesses and create jobs.”

“You know, this is not rocket science. Springfield is not some complex thing where you need an advance engineering degree to understand,” Rauner told reporters at a Chicago campaign stop. “This is common sense. This is people, this is negotiation.”

But Rauner’s travel plans encountered a ground stop during his first 21/2 years in office, time spent battling Democrats who control the legislature over his economic agenda. The governor said he didn’t feel it was appropriate to head out on recruiting missions during a historic budget impasse, though Rauner said he did make “quick trips” to cities like San Francisco, Boston and New York.

With the budget now settled over the governor’s objections, a deal cut on education funding and staff turmoil dying down, Rauner is trying to take advantage of a rare period of stability to change the narrative on his administration.

This week, that reset took the form of a trip to Japan and China, which Rauner’s office says is the governor’s first international trade mission.

“Now we have a budget. It’s not balanced. And we couldn’t get reforms. But I can’t afford to wait any longer. We have got to bring businesses here,” Rauner said shortly before his departure. “And that’s what I’m going to try to accelerate in the coming months, and that’s the reason for the trip.”

Rauner paid for himself and two staffers to take the eight-day trip, spokeswoman Elizabeth Tomev said. The governor’s security detail that accompanied him is funded by the Illinois State Police.

The trip started in Tokyo for the Midwest U.S.-Japan Association conference, which is designed to foster partnerships among business, education and government leaders to further trade and investment between states in the Midwest and Japan.

The visit comes as Illinois seeks to land a manufacturing plant from Japanese automakers Toyota and Mazda, which includes plans to hire as many as 4,000 workers. DeKalb and Rochelle are said to be in the running, and economic development officials from those towns are among the governor’s delegation. They are joined by representatives of the state’s economic and commerce agencies, as well as officials from utility giant Commonwealth Edison and the University of Illinois.

The overseas trip was greeted as a welcome change of pace by the state’s business community, a group that widely backed Rauner’s bid for office as he promoted a wide-ranging economic plan he said would cut regulations and spur job growth. Little of that has materialized amid strong pushback from Democrats, who have blocked Rauner’s efforts to limit collective bargaining rights and overhaul the workers’ compensation system.

“My first reaction is, it’s about time,” said Richard Paullin, executive director of the International Trade Association of Greater Chicago.

“In my view, the governor symbolically helps open doors for Illinois businesses. And even though he is a symbol, he can be a very effective one getting Illinois in front of Japanese and Chinese investors and the commercial community,” said Paullin, who lived in Japan during the 1970s as a consultant to trading companies. “And the real problem is we have 49 other competitors. Every other state is looking to do the same thing, and if you don’t get on an airplane and you don’t get in front of them… they will go elsewhere.”

In addition to Japan and China, Rauner has suggested he may visit Australia, with a focus on investment in infrastructure.

“So your ideas and advice on specific proposals, specific initiatives around the state, get ’em ready because I’m going to start hustling,” Rauner told a gathering of road builders in July as he talked up his work as a private equity investor before going into politics.

“That’s my, what I did for 32 years was out networking and selling deals and cutting agreements with other business folks. And I’m looking forward to doing it,” he added. “Doing that and Springfield is a, you know, it’s a different world. Other baloney comes into it. Practical, pragmatic, common-sense reasonable things don’t happen in Springfield. But they can be done in the business sector.”

Democrats argue it’s too little too late, pointing to damage done by the budget impasse, including widespread layoffs at social service agencies and universities, and hundreds of small businesses across stretched to the limit as they wait on the state to pay them billions of dollars in overdue bills.

Rauner “bad-mouthed the state, and is now trying to convince businesses to come to Illinois,” Pritzker campaign spokeswoman Jordan Abudayyeh said. “If Rauner wants to attract businesses, he should figure out how to lead our state instead of running it into the ground.”

Todd Maisch, president and CEO of the Illinois Chamber of Commerce, said face-to-face meetings will give Rauner the chance to demonstrate his business skills in an environment he’s previously excelled in, unlike the Capitol where his efforts have often been thwarted politically.

“Trying to wrangle the legislature into a pension reform bill is one kind of challenge, convincing a logistics company that Illinois has great infrastructure and location is a completely different challenge and one I am glad he is prepared to take,” Maisch said.

Maisch also said the governor may face some hurdles in selling Illinois after a particularly rocky period. But he said it’s important for Rauner to be there to answer specific questions and concerns.

“He’s got two points to make,” Maisch said. “First of all, we are entering an era of more stability. It wasn’t a great outcome, but it does re-establish some stability. And the second point is I think he has a lot stronger footing in saying we recognize we have to address some shortcomings. A governor who says everything is great would have less credibility.”

Rauner has long complained about what he says is a poor business climate in Illinois. In addition to changes to collective bargaining and the workers’ compensation system, he’s also called for term limits on lawmakers and a property tax freeze — which he says will signal to employers that “it’s a new day” in Illinois.

The governor stood by his criticisms this week even as he asks businesses to build in Illinois.

“It’s not contradictory. What it is is the truth. It’s the fact. We have some of the greatest attributes to build businesses of any state in America. We also have some of the most heavy restrictions and regulations and highest taxes. Those are the facts,” Rauner told Chicago radio station WBEZ 91.5-FM in a phone interview from Japan.

“Illinois tends to be one of the slowest-growing states. And it’s despite O’Hare (International Airport), despite our infrastructure, despite our education. Those are world-class. It’s because of our regulations and our taxes. So if we can change those — and we’re working to do it — we’ve had some progress. Boy, we can boom.”

While much of Rauner’s economic agenda has stalled, Republicans point to a revamp of the Economic Development for a Growing Economy tax credit that Rauner signed into law as a tool that can attract new businesses and help existing ones grow.

Rauner told WBEZ his office is working to put together a package of proposals to try to lure Amazon’s second headquarters to Illinois, noting that during his administration the online retailer has built and expanded several warehouses in the state.

Crossing his fingers is Republican Rep. Keith Wheeler of Oswego, whose district stands to lose hundreds of jobs when Butterball closes its Montgomery plant and Caterpillar shuts down a machine production plant in Aurora.

“It’s been 21/2 years of focusing on internal issues,” Wheeler said. “If the governor can build the groundwork for opportunity that will help the families that are impacted in my district, that would be a tremendous, huge step forward.”