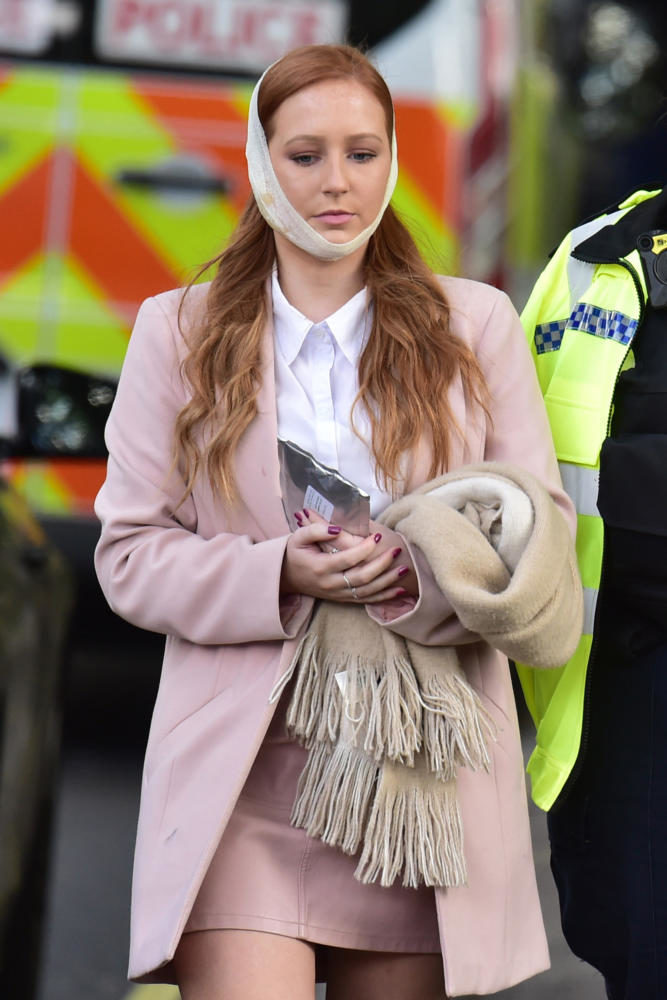 An explosion on a train at London’s Parsons Green underground station was the result of “the detonation of an improvised explosive device,” Metropolitan Police Assistant Commissioner Mark Rowley said on Friday.

He told reporters that hundreds of detectives were going through CCTV footage to try to work out what had happened in the incident, which left 22 people needing hospital treatment according to Britain’s National Health Service.

“The Met’s Counter Terrorism Command are investigating after the incident at #ParsonsGreen tube station is declared a terrorist incident,” police had earlier written on Twitter.

London Mayor Sadiq Khan called on Londoners to remain “calm and vigilant” in light of the rush-hour incident in the west of the city.

“Our city utterly condemns the hideous individuals who attempt to use terror to harm us and destroy our way of life,” Khan said in a statement.

“As London has proven again and again, we will never be intimidated or defeated by terrorism.”

It is the fifth terrorist attack in Britain this year and British Prime Minister Theresa May called an emergency COBRA meeting of government and security officials to discuss the issue.

“My thoughts are with those injured at Parsons Green and emergency services who are responding bravely to this terrorist incident,” May wrote on Twitter.

President Donald Trump said people suspected of planning attacks must be dealt with more severely to try to combat the threat.

“Another attack in London by a loser terrorist. These are sick and demented people who were in the sights of Scotland Yard. Must be proactive!” Trump wrote on Twitter.

“Loser terrorists must be dealt with in a much tougher manner. The internet is their main recruitment tool which we must cut off & use better!”

The London Ambulance Service said in a statement that “none (of the injuries) are thought to be in a serious or life-threatening condition.”

The service said that it was called in at 8:20 am (0720 GMT). “We have sent multiple resources to the scene including single responders in cars, ambulance crews, incident response officers and our hazardous area response team,” it said in a statement.

The station, which is above ground despite being on the underground network, has been cordoned off following the incident. Police, ambulance and fire services rushed to the scene.

One passenger, who gave his name only as Lucas, told BBC 5 Live Radio: “I heard a really loud explosion — when I looked back there appeared to be a bag but I don’t know if it’s associated with (the explosion).

“I saw people with minor injuries, burnings to the face, arms, legs, multiple casualties in that way,” he said. “People were helping each other.”

Transport for London said that services on the District line, which runs through the station, had been suspended and advised passengers to “replan their journeys.”

A Home Office (Interior Ministry) report released on Thursday showed that arrests for terrorism offences made by British police in the 12 months up to June were up 68 per cent to 379 — an annual record.

About one-third of those arrested were charged, including 105 people who were accused of terrorism, while 50 percent of suspects were released without charge, the Home Office reported.

The Crown Prosecution Service completed 71 terrorism trials, up from 62 in the previous 12 months, it said.

Following the suicide bombing in May that killed 22 people and injured dozens at the end of a concert at Manchester Arena by singer Ariana Grande, May said Britain’s terrorist threat level would remain at “severe” — the second-highest level.

The government has maintained the threat level at “severe” — meaning an attack is “highly likely” — for more than two years.