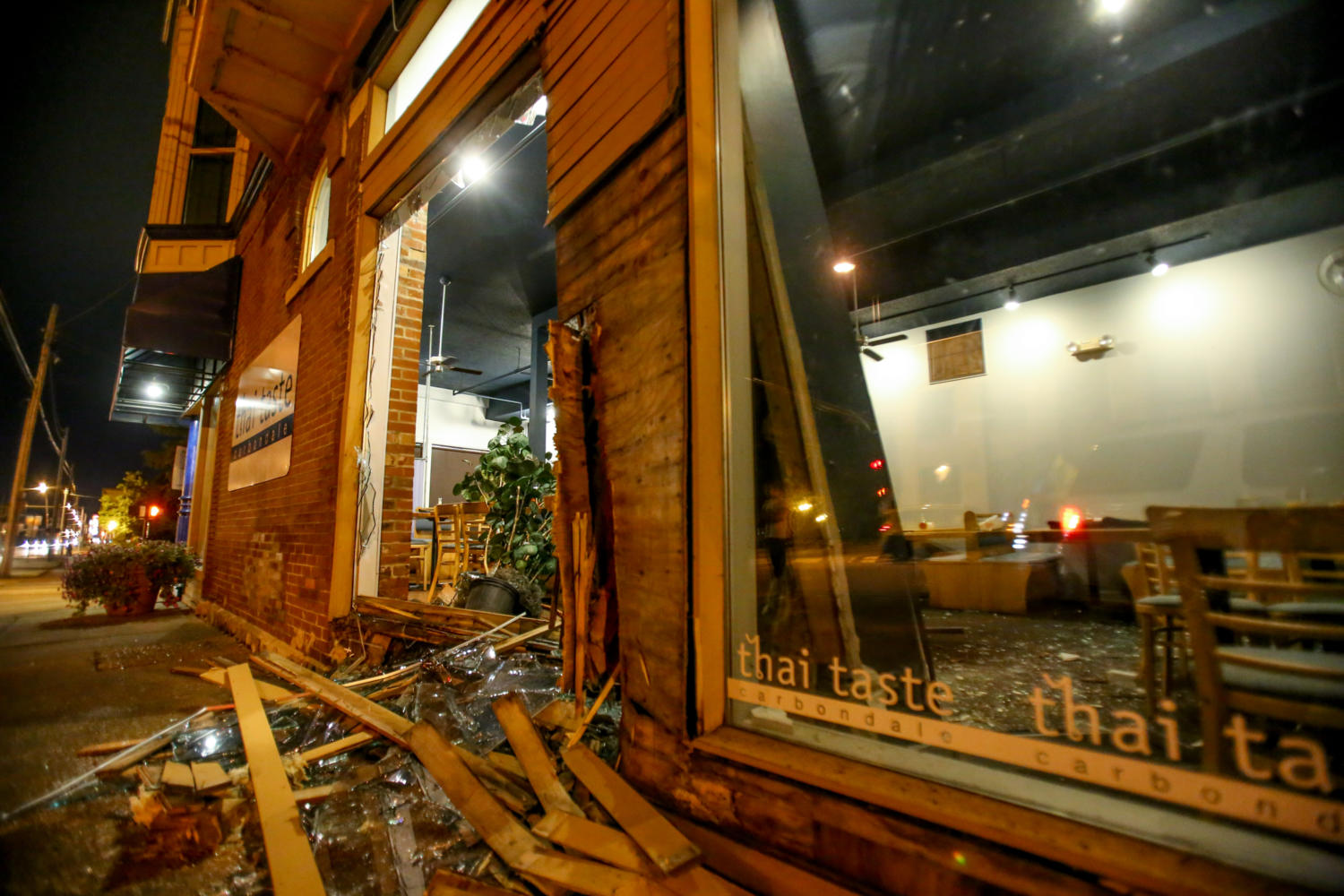 Building damage at Thai Taste after Kevin Barker, of Marion, drove into the building's northern outer wall Tuesday, Sept. 12, 2017 on the Carbondale Strip.

A car crashed into Thai Taste on Tuesday night, sending one restaurant patron to the hospital with non-life-threatening injuries.

Kevin Barker, of Marion, was driving westbound on West Main Street when he ran through a red traffic signal and entered the intersection of Illinois Avenue and West Main Street, according to Carbondale police.

Barker’s car was struck by another vehicle driving northbound on Illinois Avenue, which caused him to collide with the north outer wall of Thai Taste.

The collisions caused “moderate damage” to both vehicles and the wall, according to a news release from the police department.

The injured patron was transported to Memorial Hospital of Carbondale for treatment.