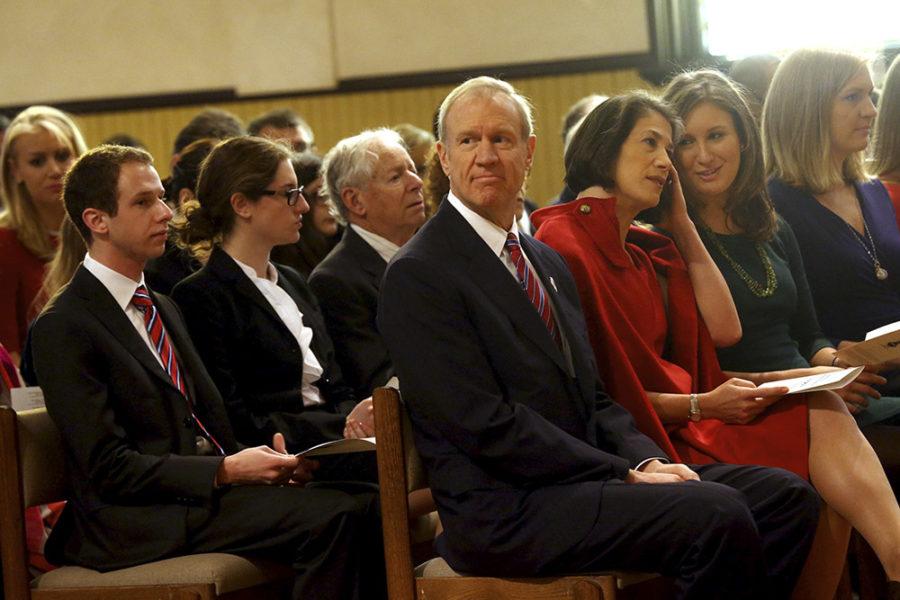 Republican Gov. Bruce Rauner announced plans Thursday to borrow $6 billion to work on paying down Illinois’ massive backlog of unpaid bills, but he warned that he’ll try to trim state spending in order to pay for the new debt costs.

The move comes months after Democrats and some Republicans gave the governor the borrowing authority as part of a budget they enacted over his objections.

Rauner initially resisted taking advantage, contending that there wasn’t money included in the budget to make payments on new debt. Democrats dispute that, saying $350 million was set aside for that purpose.

Democrats tried to raise pressure on the governor this week, pointing to a late-August report that estimated that the state could save as much as $6 billion by selling bonds to pay down a portion of its about $14 billion backlog of bills. The report by the Commission on Government Forecasting and Accountability also estimated that the state is paying $2 million in additional costs per day on the portion of those bills that are accruing interest.

On Thursday, Rauner said in a news release that he had decided to proceed with the bond sale after concluding that “it’s better to have Wall Street carry our debt than Main Street Illinois.”

Unpaid bills can accrue as much as 12 percent interest per year. The state can more than cut that rate in half, even with its low credit rating, by refinancing the debt in the bond market.

In announcing his plans, Rauner held out the possibility that his office could make cuts to state spending, though he did not spell out what programs would be on the chopping block.

“The legislature-passed budget did not account for the increase in debt service costs to cover the bill backlog bond issuance,” the Rauner statement said. “The governor’s office is identifying several hundred million dollars in possible spending reductions to address this budgetary shortfall. The governor also would like the General Assembly to return to Springfield this fall to work with him to balance the budget and enact structural reforms that could save much more.”

Rep. Greg Harris, a key budget negotiator for House Democrats, said Rauner’s read of the budget legislation is incorrect. He said $350 million was set aside to help pay for the borrowing.

The budget gives the state the authority to issue up to $6 billion in general obligation bonds that must be issued by the end of the calendar year. The money raised must be used to pay down expenses that were incurred during the two-year budget stalemate that ended in July. That’s when lawmakers overrode Rauner’s veto of the budget, enacting it.

Harris, of Chicago, said he was glad Rauner decided to move forward with the borrowing plan, which he credited to pressure put on the governor by Mendoza.

“His delay has cost us over $120 million in interest that could have been spent on actual services to the people of Illinois. But instead, he has essentially thrown it into the middle of the plaza at the Thompson Center and lit it on fire,” Harris said.

Mendoza, whose job is to manage cash flow in the state’s main checking account, praised the decision.

“Refinancing our debt at a much lower interest rate — just like any sensible homeowner with a high mortgage rate would do — will provide payment for services rendered to thousands of people across the state and save Illinois taxpayers billions of dollars over the life of the bonds,” she said in a statement.

Also on Thursday, Mendoza announced that she had released $541 million in state aid payments to schools, bringing the state current on two payments that had been due in August. They were delayed because of the fight between Rauner and lawmakers over education funding formula legislation. That dispute was resolved last week.