Former SIU graduate assistant putting his mark on the NBA 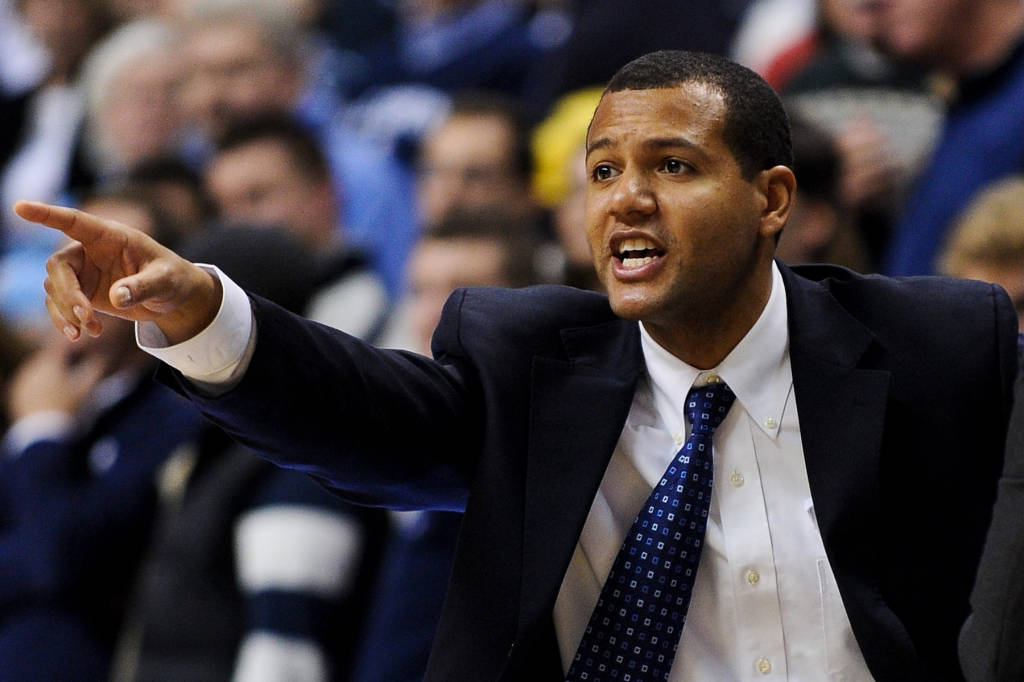 The man who put together this summer’s blockbuster trade in the NBA between the Boston Celtics and Cleveland Cavaliers once sat on the sidelines at SIU Arena.

Koby Altman, the general manager of the Cavaliers, shook the basketball world on Aug. 22 by trading All-Star guard Kyrie Irving to the Celtics in exchange for All-Star guard Isaiah Thomas, small forward Jae Crowder, center Ante Zizic, and the 2018 first round draft pick of the Brooklyn Nets.

After a physical examination by Cleveland’s medical crew showed lingering issues with Thomas’ hip, an injury that aggravated the guard during the 2016 NBA playoffs, Altman returned to the bargaining table for further compensation to finalize the trade. On Aug. 30, the Celtics added a 2020 second-round draft pick to the offer to make the deal official.

The mega-trade is Altman’s first major transaction with the Cavaliers since taking over as general manager. Altman replaces David Griffin, who had been Cleveland’s general manager since 2010.

Altman, in his fifth season with the Cavs, was named assistant general manager to Griffin in September of 2016. After Griffin departed the club following the 2016-17 season, Altman served as interim-GM for the Cavs leading up to and through the 2017 NBA Draft in June.

He was officially named the general manager by Cleveland owner Dan Gilbert on July 24.

“I’ve been here,” Altman said during a new conference following his promotion. “This will be my sixth year here. I know this organization very well.”

Altman has shown confidence in his latest promotion. His lengthy resume of basketball experience may be a factor Altman’s tenacity.

The Brooklyn, New York native began his collegiate basketball career at Middlebury College where he led the basketball team as a three-year starter at point guard while earning a Bachelor of Arts in Sociology.

Altman continued his education by obtaining his master’s degree in sports management from the University of Massachusetts. During that time, Altman served as an assistant coach for Amherst College in Massachusetts.

Altman served as an assistant in 2009 for USA Basketball’s Under-19 team that competed in Australia. The team took home their first gold medal since 1991 with a roster featuring three future NBA players – Seth Curry, Gordon Hayward and Klay Thompson.

Altman’s coaching journey eventually led him to Carbondale where he served as a graduate assistant under head coach Chris Lowery in the 2009-10 season. The Salukis finished the season with a 15-15 overall record.

Altman also gained valuable experience with the USA Basketball Under-17 team in 2010.  He served as the team manager of a squad that featured future NBA first-round selections Bradley Beal, Jahlil Okafor and Justise Winslow. The group won the first ever gold medal awarded for the age group.

The former SIU assistant left Southern after the 2009-10 season for a full-time assistant coach position at Columbia University in the Ivy League.

His extensive experience in basketball led Altman to the NBA in 2012, where he served as the Cavalier’s pro personnel manager before being promoted to assistant general manager under Griffin at the beginning of the 2016 season.

The 2016 campaign was even more memorable for Altman as he played a key role in constructing the roster around superstar forward LeBron James. Cleveland defeated the Golden State Warriors in the NBA Finals to claim the franchise’s first championship.

Altman also experienced three straight NBA Finals with the Cavaliers as a member of the staff. Cleveland was defeated by Golden State in both 2015 and 2017.

Altman’s role as the team’s general manager began with the struggle of managing payroll while maintaining the possibility to make moves to improve the team, as Cleveland was over the league’s salary cap. Despite the difficulties, Altman was able to retain Kyle Korver (who played in the Missouri Valley Conference as a member of Creighton) and sign free agents such as Jeff Green and Jose Calderon.

The impressive money management by the new GM impressed various members of the organization, including Gilbert.

“Koby Altman has led our front office group through this transition period, impressing many inside the franchise and outside the organization as well,” the Cavs owner said on July 26 during a joint news conference with Altman. “We are very excited that he will now be officially leading the basketball side of our franchise.”

The salary cap dilemma was not the only adversity Altman faced after his promotion.

Just days prior to Altman being named the general manager, Kyrie Irving requested a trade from the Cavaliers. The trade demand by the star point guard shocked the organization as well as the rest of the NBA.

Since the moment Irving made the request, Altman has been shopping for potential suitors. He found a trade partner with the assets to deal and the need for a star of Irving’s caliber in the Boston Celtics.

There is much debate about which organization “won” the blockbuster trade but there seems to be a consensus that Altman has already made the best out a potentially broken situation within the Cavs locker room.

While Altman waded through the difficulties of coming to terms in the Irving/Thomas trade like a journeyman GM, the former SIU assistant may have yet to face his largest challenge.

LeBron James — the face of the franchise, and arguably of the entire NBA — may opt out of the final year of his contract following the 2017-2018 season to test free agency. A waning relationship with Cavs owner Gilbert has led sources close to James to confirm that this will be his last season in Cleveland.

Now that the Irving/Thomas trade is complete, Altman can return his focus to bringing the Larry O’Brien NBA Championship Trophy back to Cleveland. Once that task is complete, the former Saluki will look to keep the city of Cleveland’s hometown hero in a Cavs jersey for many years to come.