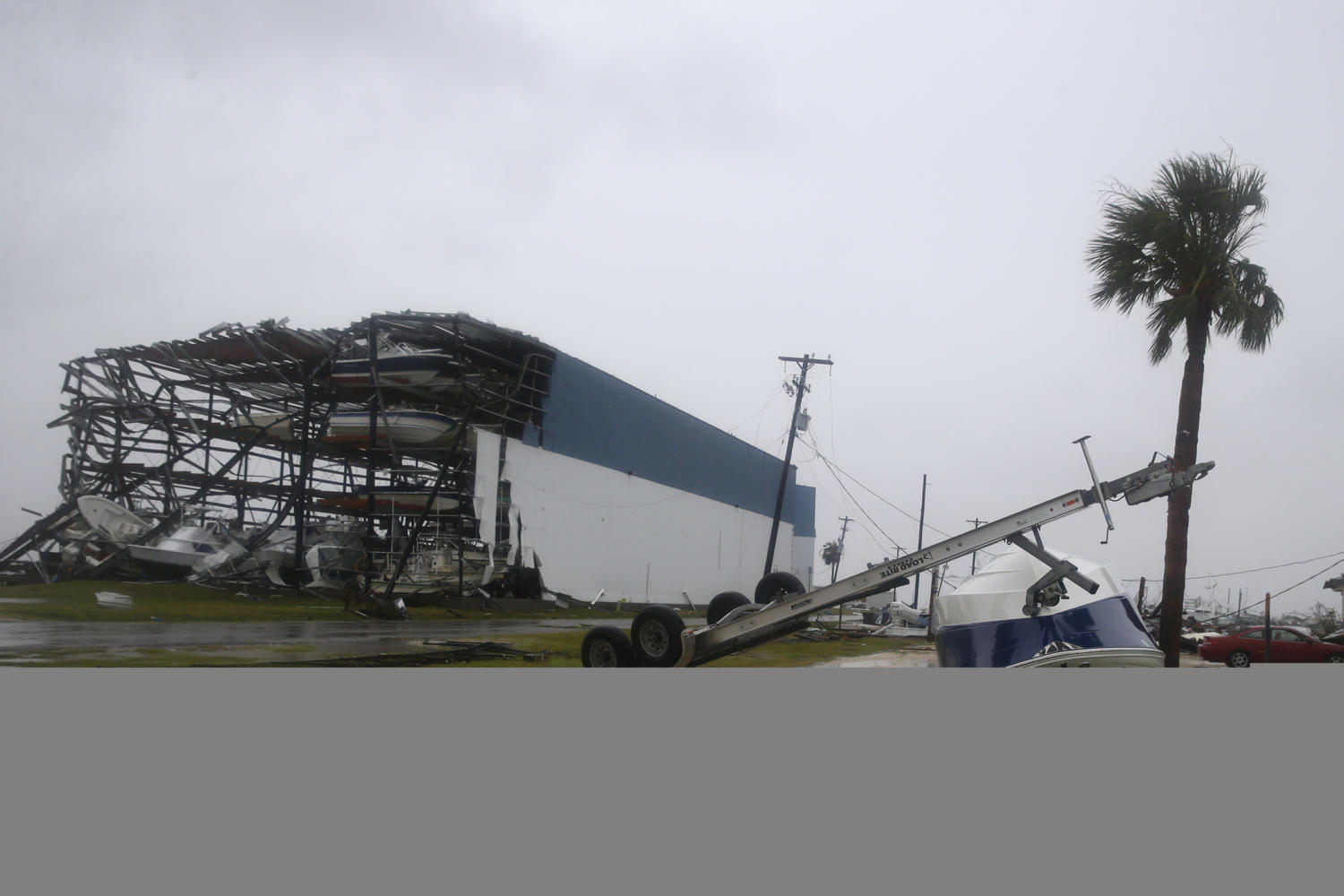 A large boat storage facility teeters on the brink of collapse after being ripped apart by Hurricane HarveyTexas in Rockport, Texas, on Saturday, Aug. 26, 2017. (Robert Gauthier/Los Angeles Times/TNS)

About 50 women and children were stranded in San Antonio over the weekend after being released from immigration detention centers, according to the Refugee and Immigrant Center for Education and Legal Services.

The families had been held in the two family detention centers near San Antonio on Friday afternoon and were released at the bus station downtown after some buses out of the city had been canceled, said Barbie Hurtado, a spokeswoman for RAICES.

Unlike an incident last year in which 200 women and children were stranded in San Antonio without bus or airplane tickets, these families had bus tickets, Hurtado said. But cancellations because of Hurricane Harvey, which has now been downgraded to a tropical storm, left them with no way of leaving the city, and they didn’t have money for lodging.

City officials and aid workers from the Interfaith Welcome Coalition were able to find the families shelter in a local church, Hurtado said.

“They were really exhausted,” she said. “After everything they’ve gone through … they still can’t get to their families because of this horrible storm, so they can’t leave.”

Some of the immigrants were able to leave Sunday morning when bus service resumed to the north, Hurtado said, but six families remained in the shelter early Sunday afternoon. Hurtado said the women were not willing to comment because they were frightened.

Lori Chigdey, executive director of Corazon Ministries, said her group worked with the city’s office of emergency management and the San Antonio Food Bank to provide the families with three meals a day, showers, a laundry service and hygiene supplies.

All the immigrants that Immigration and Customs Enforcement transferred Friday morning to the Greyhound station in San Antonio had confirmed tickets and itineraries, Nina Pruneda, a spokeswoman for the Homeland Security Department, said in a written statement.

“Throughout the process, ICE remained in close contact with bus officials to ensure bus availability, and all aliens had confirmed bus transportation at the time at which ICE officers departed the station,” Pruneda said. “Ultimately, ICE kept two additional families in custody since their bus trip had been canceled.”

The 1,400-bed family detention center in Dilley and a similar 800-bed facility in Karnes City are the only ones of their kind in the nation. They were opened in 2014 in response to large numbers of Central American families crossing the border and requesting asylum. The centers have been the subject of a number of lawsuits, and after a 2015 ruling by a federal judge, most families that request asylum are held for about three weeks and then released to pursue their immigration court cases while living in the U.S.

While ICE regularly releases them in San Antonio, most go to join family elsewhere in the country.