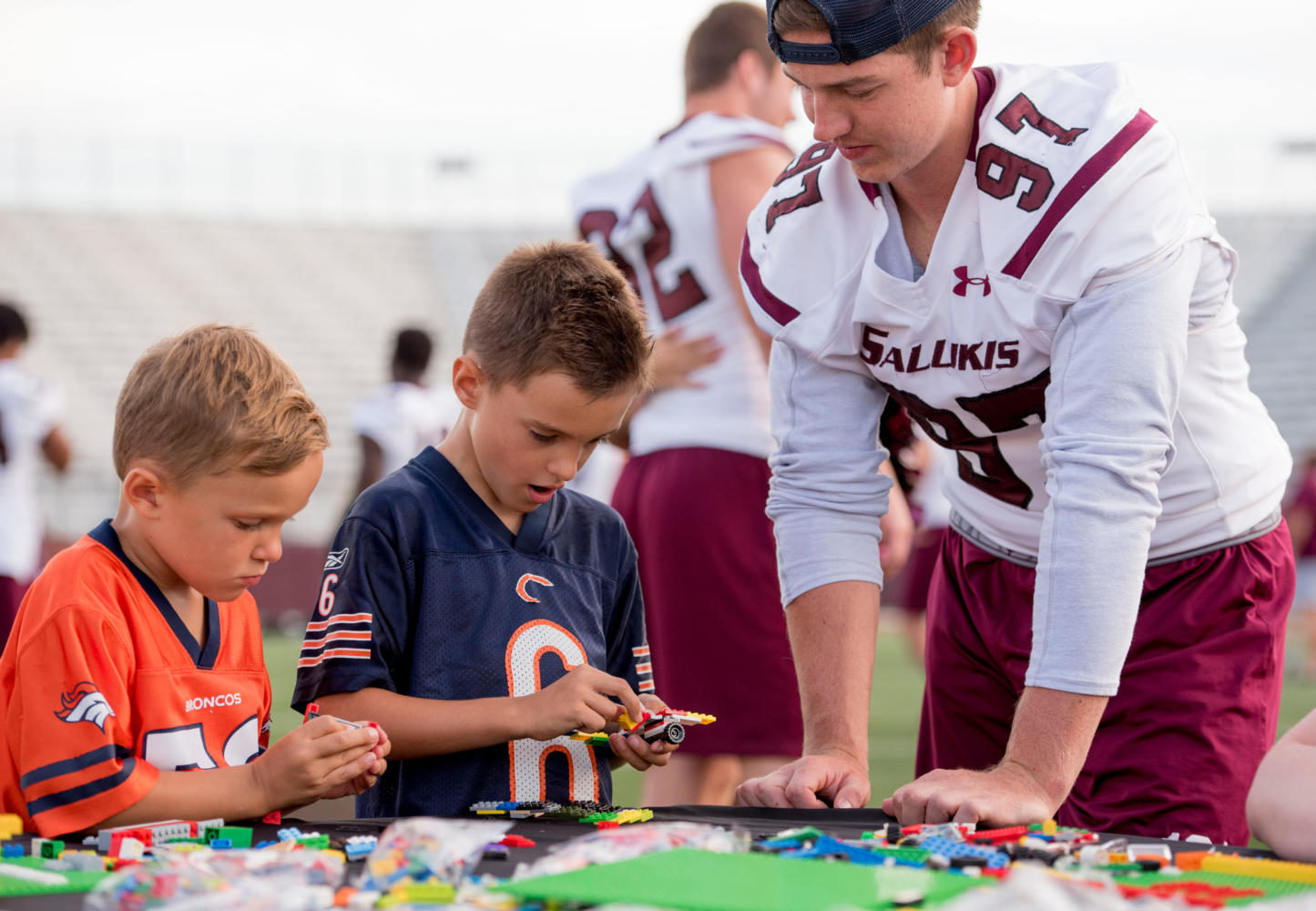 The SIU Football team, cheerleaders and Saluki Shakers took part in the seventh annual Saluki Fan Fest Thursday night at Saluki Stadium, giving hundreds of fans in attendance a chance to hit the field just a couple weeks before the official start of the 2017 season.

The fest hosted activities of all sorts for younger fans, including a bounce house, free ice cream, a Lego building station and chances to get autographs while participating in field drills with Saluki players.

With the help of Saluki players, many young fans in attendance took the opportunity to suit up in game pads, helmets and jerseys — hoping that in the future they can do so as a member of the Southern football team.

“We’ve had a great time,” Lynn Moore, a 2009 SIU graduate and current employee said. “The football players have been great. They’re very energetic.”

Many of the players threw footballs to the kids and lead tackling drills into foam pads.

“It’s great to be out here with all the kids and watch them have a great time,” senior offensive lineman Austin Olsen said. “I’m having an awesome time too.”

“It’s great,” he said. “Hopefully we can continue to keep this going on. It’s good to see people happy to be out here.”

Coach Van Dam noted that the fans who attended the fest made it apparent they are looking forward to a winning season from the Salukis after the team’s strong finish in 2016. He said is looking forward to showing the fans how the team has kept the momentum and is moving in the right direction.

“Definitely a lot of excitement for the team and its fans,” Van Dam said. “Now we gotta go out and do it.”

SIU’s home-opener is on Sept. 9 at Saluki Stadium against non-conference opponent Mississippi Valley State. Kickoff for the ‘Maroon Out’ game is scheduled for 6:00 p.m., with a fireworks show following completion to cap off the night.