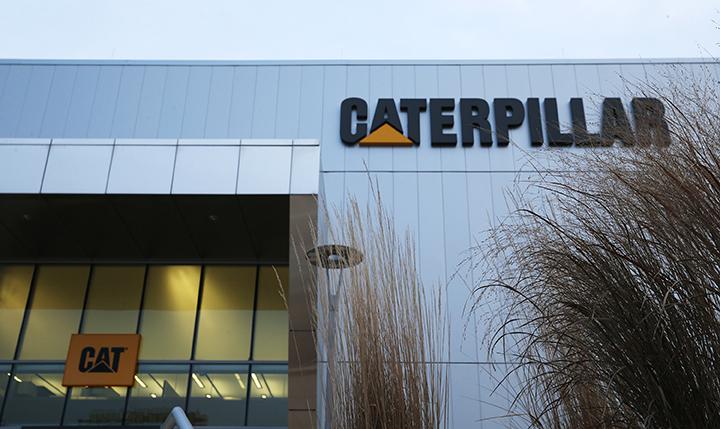 Prairie grass grows in front of the Caterpillar Visitors Center on Jan. 31, 2017, in Peoria, Ill. The company has announced it will move its headquarters to the Chicago area, though many workers will remain in Peoria.

Machines that could one day lay the foundation for humans to inhabit another planet face a test this week of what abilities they can demonstrate in early stages of development: each other.

A handful of international teams that specialize in large-scale 3-D printing for industrial applications will compete in Edwards to see who can create the strongest structural elements: beams, cylinders, cones and domes.

There’s a chance to make history. The winner of NASA’s 3-D Printed Habitat Challenge could create the blueprint for technology that will build structures on Mars. And there’s a hefty purse: $250,000 for the highest scoring team.

“We want to incentivize the community to be part of this journey to Mars,” said Monsi Roman, program manager for NASA’s Centennial Challenges Program. “We want to take all we have learned and continue to push the boundaries.”

The four-day event at Caterpillar’s Demonstration and Learning Center is the second of three phases. The teams will build the structural elements with their custom 3-D printers and test them for strength. The final phase of the challenge will scale up the designs to create structures large enough for habitation.

NASA teamed up with Bradley University to set the parameters of the challenge and enlist teams of technologists to accomplish it.

“You take a small 3-D printer and you make it the size of a building,” said Lex Akers, dean of the Caterpillar College of Engineering and Technology. “It’s very complex.”

The competition includes a few key requirements and awards additional points for other preferences. The machines must use natural material like what would be found on the surface of Mars and minimal water. Recycling plastic waste from space missions also is key.

That aspect of the challenge pushed the team from Branch Technology in Chattanooga, Tenn., to experiment. The group has used plastic binding agents in previous 3-D printing projects, but it has limitations for large-scale items.

That type of experimentation for a Mars journey will lead to other breakthroughs for more ordinary applications, said Eric Reiners, program manager for automation and site technologies at Caterpillar.

The systems designed for rigorous interplanetary conditions could also lead to solutions for pressing earthly problems, such as housing shortages as the population continues to increase.

“We can use that to meet one of the key needs of humanity in the future,” Reiners said.

The competition opens Wednesday and concludes on Saturday, when the structures printed through the week will be loaded with weights until they are destroyed. For more information or to register to view the testing process, visit https://bradley.edu/challenge/ or watch the event live online at https://www.facebook.com/FollowNASA360/.