Solar eclipse is totality wicked in So. Ill. 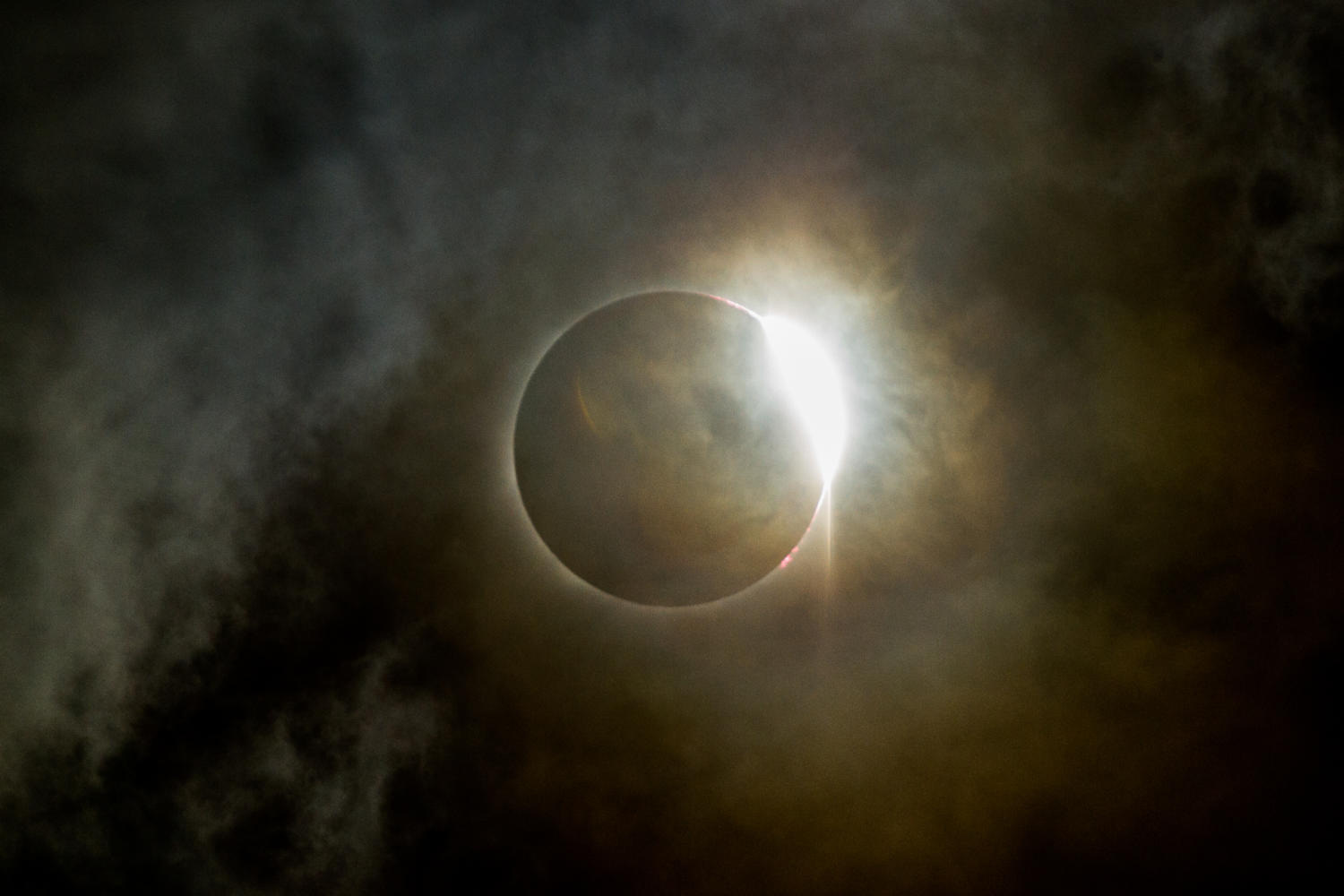 Southern Illinois had one of the best seats in the country for Monday’s total solar eclipse — Carbondale was just a few miles north of the point of greatest duration, where the eclipse was in totality for the longest period of time.

Tens of thousands of people flooded Saluki Stadium, the SIU Arena, the Carbondale Strip and surrounding towns to get a glimpse of the astronomical phenomenon. Eclipse-gazers included scientists, students, tourists and over 300 media outlets.

For some, the eclipse was akin to a spiritual experience.

“It was so moving — even just those few seconds, it was really, very amazing,” said Louise Hamlin, a NASA engineer from Pasadena, California.

Though Hamlin watched from the stadium, where cloud coverage made it difficult to fully witness totality, she said it was unlike anything she had ever seen before.

Many middle and high schools from around Illinois took advantage of eclipse day to take a field trip to Carbondale.

One such school was the Chicago West Side Christian School, which brought a group of 15 middle-schoolers and teachers to see the celestial event.

Karen Trout, a science teacher at the school, said she hopes bringing her students to Carbondale to see the eclipse will spark scientific interest in them.

“This is my grand finale —  I’ve had these kids in class since the fifth grade,” Trout said. “Science is seen as geeky, but hopefully with this trip I’ve inspired a few to pursue it.”

Meanwhile, in the SIU Arena a steady stream of traffic flowed through the Crossroads Astronomy, Science and Technology Expo.

NASA, PBS Kids, LEGOs, SIU Planetarium and many other organizations and businesses specializing in solar, astronomy, science and new technology set up shop around the arena for visitors. Attendees also had the chance to watch scientific presentations and go inside an indoor inflatable planetarium.

Around 12:20 p.m. — one hour before the eclipse would reach totality — those in the arena began to peek out windows and doors to see the moon begin to cross over the sun. By 12:30 p.m., everyone was outside with eyes skyward.

Anayah Scott, who traveled to Carbondale from Chicago, was celebrating two occasions: eclipse day and her fifteenth birthday.

Though clouds were blocking her view of the eclipse from outside the arena for most of totality, as glimpses of the total eclipse peeked through the cover she said she breathed a sigh of relief.

“It was a birthday miracle,” Scott said.

In Makanda, a small town of 500, eclipse-viewers were in the event’s true epicenter, with totality lasting for two minutes and 40 seconds.

The village overflowed with space spectators from all over the world.

“I’ve talked to someone from Melbourne yesterday, from Brussels today,” said Jeremy Schumacher, a senior studying forestry who volunteered at an eclipse information booth in Makanda. “I’ve even done media for Swedish national television.”

Sean Boyce, who was visiting Makanda from Vermont with his family, said they followed the eclipse from Philadelphia to Kentucky before settling in Illinois.

“We decided to eclipse chase,” Boyce said. “We wanted to be in the deepest part of the shadow.”

Though many in Carbondale and southern Illinois were able to see a total solar eclipse Monday, for some on campus the experience was disappointing.

Moments before the moon moved to totally block the sun, a large cloud moved to obscure the view of those watching the phenomenon from Saluki Stadium.

A crowd of over 14,000 in the stadium alternated between cheers, boos and chants of “move the cloud” as it drifted over the sun, at times allowing short flashes of totality to be seen.

By the time the cloud moved completely away from the eclipse, the two minutes and 38 seconds of totality were over.

“It was just really frustrating,” said Lucy O’Brien, a junior studying French at Fordham University in New York who traveled to see the eclipse in Carbondale. “We could barely see anything.”

Stadium programming was hosted by Planetary Radio’s Mat Kaplan. The day featured presentations from NASA, a weather balloon launch by a team from LSU and performances from the Marching Salukis.

The Carbondale Strip provided another locale for eclipse tourists to see the stellar spectacle, albeit one in which the total eclipse’s view was also partially blocked by clouds.

While many came to the Strip to take in the eclipse and enjoy local restaurants and events, there were others that came to bring a warning that the astronomical event may signal the end of days.

One of these was Paula Benda, who traveled to Carbondale via the Amtrak train from Chicago. She called the Great American Eclipse a “harbinger of the hand of God’s wrath on America.”

“This event is very important … based off of history, the Bible, Christianity, Judaism, Islam — every time there is a sign like this, it means something,” said Emanual. “It’s the end of days … the next eclipse is in seven years and that’s it.”

The world didn’t end, and though there were many disappointed by the cloud cover, for others the chance to view an eclipse — even an obscured one — along with thousands of people was still worth it.

Gov. Bruce Rauner, who came to southern Illinois from Springfield on Sunday evening and watched the eclipse from the stadium, said the suspense brought on by the cloud coverage made the experience more lively.

He added that the eclipse festivities shone a positive spotlight on the region.

“Hundreds of thousands of visitors, and they could be here to enjoy the wonderful hospitality and people here in southern Illinois,” Rauner said. “It’s a wonderful way to raise the profile for such a great university and Carbondale.”