Game on at Eclipse Comic-Con 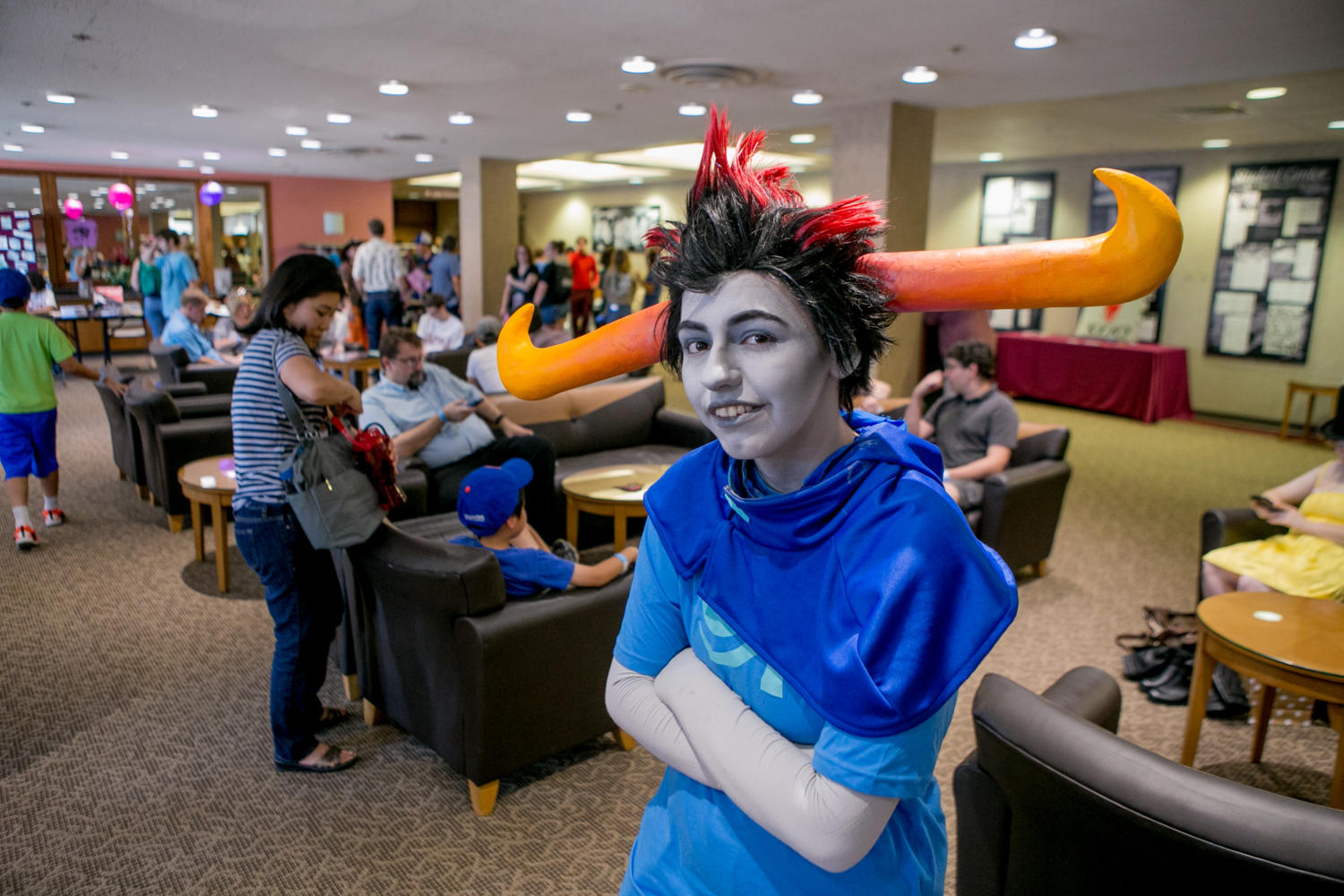 Junior zoology major, Katie Reis, of Naperville poses for a portrait dressed as Rufioh from Homestuck, Saturday, Aug. 19, 2017, at the SIU Eclipse Comic-Con event in the Student Center. "I've been cosplaying for about five years," Reis said. "I love being able to find new ways to make things – you learn to take ideas and change them to fit your needs." (Brian Munoz | @BrianMMunoz)

Though the focus on eclipse day will be astronomy and science, the spotlight during Eclipse Comic-Con was on science fiction.

This event, held Saturday and Sunday in the Student Center ballrooms, was a chance for artists to showcase their collections and attendees to participate in tabletop games and a costume contest.

One such artist was Todd Black of St. Joseph. Black is the creator and writer of the new comic book series “Guardians.”

He may be one of the few people who came to town that is not interested in the eclipse.

“I’m getting out of here,” Black said. “Maybe if I had the superpower of being able to look at the sun [I would stay].”

Fans took full advantage of the chance to meet their favorites, queueing up in long lines that wound around the ballroom.

Convention-goers also had the chance to purchase their favorite comic books, including rare editions that sold for well over $100. Figurines of Storm Troopers, Jedis, superheroes and villains were also on offer for collectors and casual fans alike.

Characters from Doctor Who, Star Trek, Star Wars and a whole host of other worlds collided during Sunday’s costume contest.

Away from the crowded vendor floor, the hall of games provided a more serene setting for Comic-Con guests. Several stations were set up with Dungeons & Dragons and Magic: The Gathering for gamers of all ages to try their hands at the tabletop pastimes.

James Cox, owner of The Game Table in Carbondale, said the games provide an immersive experience for their players. At first glance, these gamers may look like they are just playing pretend, but Cox said they serve a social purpose.

“Games build community and a provide a mechanism to interact,” Cox said.