The Daily Egyptian • May 20, 2017 • https://dailyegyptian.com/69810/sports/saluki-softballs-season-ends-with-ncaa-tournament-elimination/ 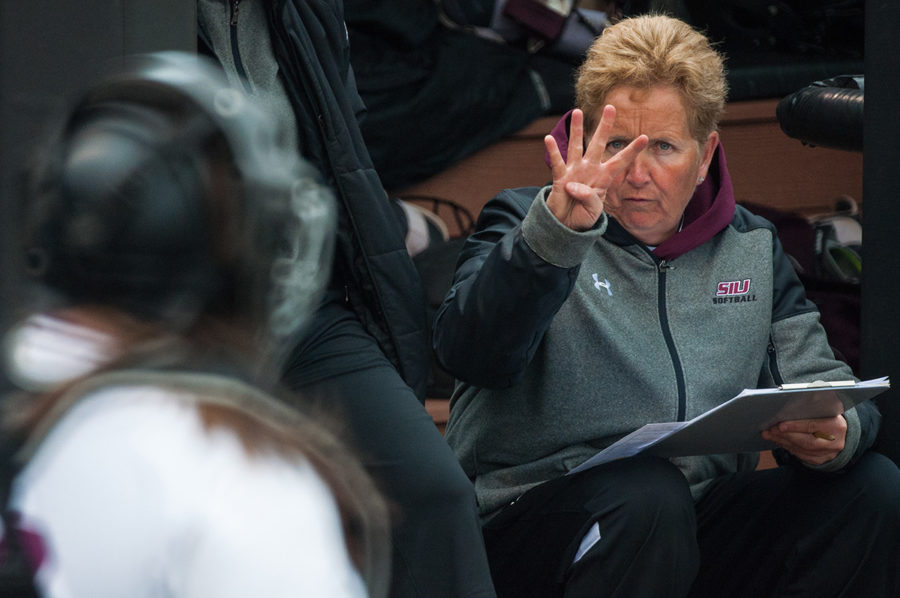 SIU softball’s memorable season came to a close Saturday after a 4-0 loss to North Carolina eliminated the team from the NCAA tournament.

“It’s like a death in the family,” SIU coach Kerri Blaylock told media after the game. “I don’t want them to think a couple losses define how special they’ve been in the last four weeks.”

The Salukis finished the season with a 33-24 overall record and its deepest postseason run in 10 years.

Much like Friday’s loss to Ole Miss, two bad innings and an inability to string hits together led to Southern’s demise.

SIU got runners in scoring position in each of the first two innings and three of the first four, but went 0-7 with runners on base in the game.

Meanwhile, North Carolina had no such issues.

The Tar Heels had multiple hits in three of its six innings at the plate and nine hits overall.

Despite SIU starting pitcher Savanna Dover’s inefficiencies in the circle — she allowed three walks and eight hits in four innings — she did well to minimize her damage through those four innings.

The only blemish on the scoreboard came from a two-RBI single from sophomore Katie Bailiff in the third inning.

Tar Heels starting pitcher Brittany Pickett shut down the Saluki hitters all game long, jamming them with inside pitches which turned into six pop-ups. Pickett finished the game with seven strikeouts on four hits in her 22nd win of the season.

UNC added two more insurance runs in the fifth after it loaded the bases with no one out. The runs were brought home by third baseman Berlynne Delamora.

The loss also marks the end of three Saluki careers for seniors Shaye Harre, Merri Anne Patterson and Jessa Thomas. The former two have etched their names across the SIU record books across their careers.

Patterson joins Harre in the top-10 list in home runs (22) but also put together one of the more spectacular defensive careers in Saluki history.

Assuming all players return next season, SIU will return all three pitchers as well as six positional starters from this year’s team.