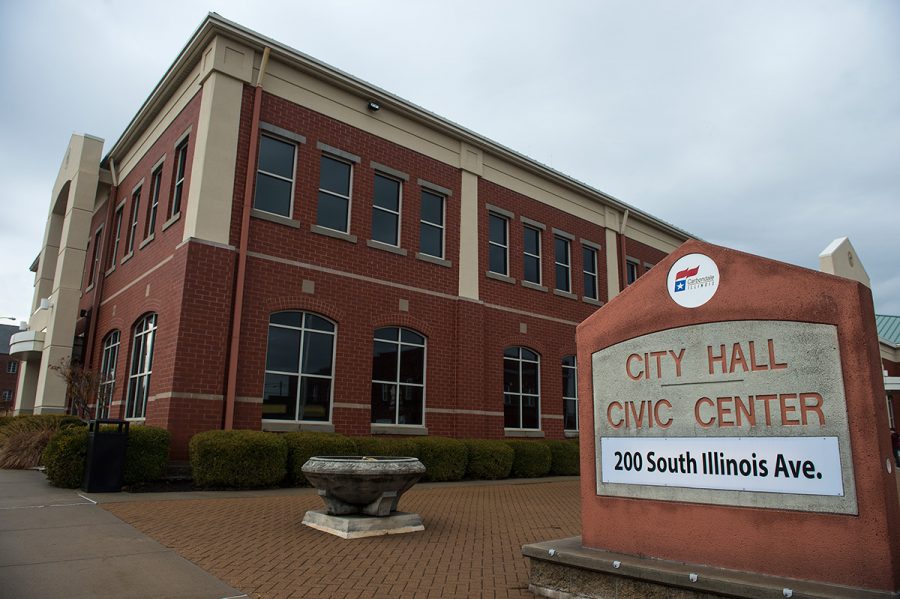 The council additionally approved the Carbondale Public Library’s $1 million budget as well as a pay plan for non-union employees. The resolution also approved a $60 million 5-year community investment program to fund future design plans, the negotiation and acquisition of real property, and the construction of Community Investment Program projects amidst the historic Illinois budget impasse.

Councilman Lee Fronabarger said factors like the budget crisis — which he described as “the mess in the state” — are “beyond the city’s control.”  The councilman described the ongoing fiscal concerns in the state as “the most iffy environment” the city has dealt with while trying to pass a municipal spending plan.

Republican Gov. Bruce Rauner and Democrats who control the state Legislature have failed to come to an agreement on a state spending plan since July 2015. Because of the state’s historic budget impasse, public universities are considering ways to continue operations with the assumption that some funding could be cut permanently.

Two stopgap measures passed in 2016 totaled $83 million of financial support for the Southern Illinois University system. Those funds, for the most part, were used to pay the bills from the 2016 fiscal year.

The councilman said the “desolate state” of SIU possibly having to cut another $30 million is cause for concern and recommended the city to limit non-essential purchases until the last quarter of the fiscal year.

The university started the 2017 fiscal year “basically back at zero” and is dipping into the reserves once again, SIU President Randy Dunn has said.

Dunn said on March 29 the Carbondale campus should cut at least $30 million in spending and should consider declaring a short-term financial emergency. Interim Chancellor Brad Colwell released a statement in response detailing the cuts at the campus level.

In other city council news:

The council passed an ordinance permitting SIU to allow third party sales for concessions, including alcohol.

This was done so the university can contract private vendors to sell and serve alcohol during the Aug. 21 total solar eclipse.

SIU would be required to approve, sanction or sponsor the event in order for the vendor to sell or serve alcohol.

The mayor discussed a Thursday hearing at the Dunn-Richmond Economic Development Center that focused on the region’s financial woes amid the state’s historic budget impasse.

During the hearing, Dunn said as the largest employer in southern Illinois, the university provides the region with services in social work, healthcare, legal support, K-12 partnerships and other resources which is impressive given the current state of Illinois government.

Henry said the best thing the state can do right now for universities is pass a budget.

“This is a horrible way to run your government,” Henry said. “It’s disrespectful and unmindful to your citizens and a lot of people are suffering because of it. And there’s no excuse, absolutely no excuse.”

The city will be spending $1 million on this portion of the project — $30,000 of which is included in the bid for overtime hours to ensure the project is completed by Aug. 10.

The streetscape bid includes $3,000 for removing 107 trees on Illinois Avenue.

On April 11, the council approved the purchase of poles and light fixtures for the project, costing the city $151,700.

On Jan. 10, the city council increased its budget about $300,000 in order to allow utility companies to relocate their overhead lines.

Tuesday was Fronabarger’s last meeting as an elected official for the residents of Carbondale.

Fronabarger lost re-election to former city manager Jeff Doherty in March. He was ousted by less than 50 votes.

Doherty has served the city for 32 years in various positions, most recently as city manager from 1991 to 2007.

“I’d just like to take this opportunity to thank the citizens of Carbondale for the opportunity to represent them for six years,” Fronabarger said. “I think over the past six years we’ve created a pretty strong foundation to make Carbondale a more progressive city.”

Mayor Henry asked for a moment of silence at the Tuesday meeting in honor of retired Carbondale Fire Chief Jeff Anderson’s death at 1 p.m. Tuesday after “a long battle of cancer.”

Anderson was a veteran of the U.S. Air Force and served in the Vietnam War. He also graduated from John A. Logan College and Southern Illinois University.

Anderson worked for the Carbondale Fire Department for 39 years.

A new K-9 officer named Nala was sworn in. The city spent $19,410 for the purchase of Nala as the Carbondale Police Department’s 8-year-old dog, Ciko, retires.