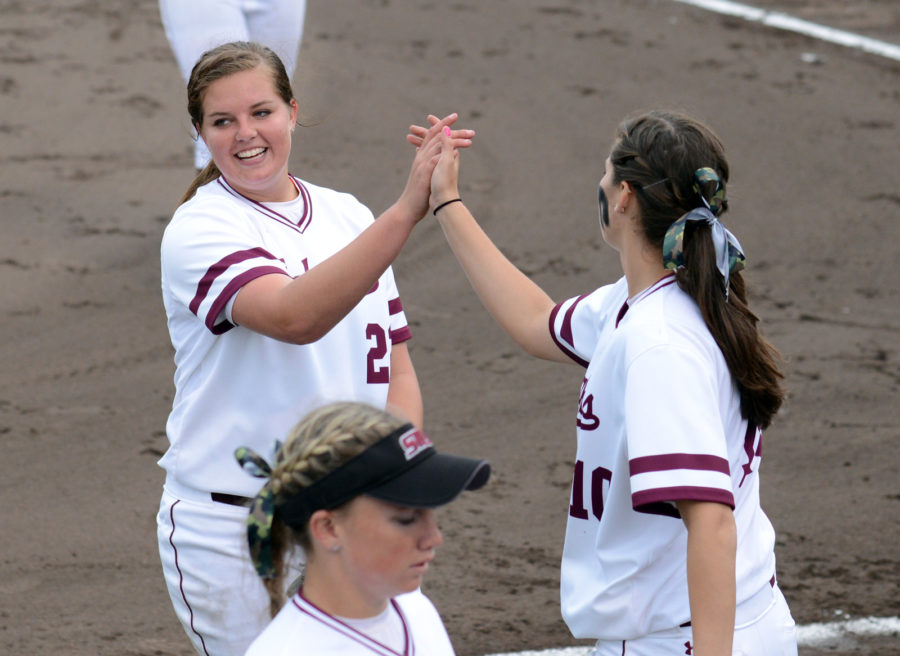 A slow start for both teams gave pitchers the opportunity to get adjusted to each lineup.

Sophomore pitcher Nicole Doyle was on the mound for the Salukis and allowed the two hits for SEMO early on in the game.

Sarah Massex singled off a fielding error by junior Savannah Fisher, scoring freshman Ashley Ellis to bring SEMO in the lead with one run in the bottom of the second.

In the top of the fifth inning, the Salukis took the lead after junior Haley Andrus started off the rally to load the bases and earn two runs for the Salukis.

At the top  of the sixth, the Salukis advanced one more run because of an error, and freshman Maddy Vermejan brought home and entered the seventh inning, 3-1 after a single from Fisher.

Doyle held down the hit count for SEMO and finished her outing with a win and seven strikeouts during her six innings pitched.