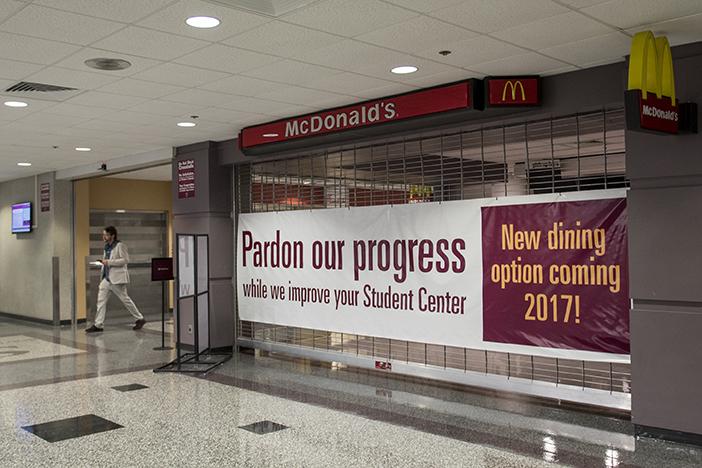 The spot left open in SIU’s Student Center after the closure of McDonald’s last year will likely soon have a new tenant.

She said further details could not yet be discussed as the contract mentioned had not been officially enacted as of Friday.

In January, interim Vice Chancellor for Student Affairs Lori Stettler said a new vendor would enter the space by the fall 2017 semester, if not sooner.

The spot has been vacant since winter break when McDonald’s, which had a contract in place since June of 1990, decided not to renew its contract.

The public university’s bidding process aligns with the state’s procurement code and begins with what is called a request for proposal. Businesses that meet certain eligibility guidelines under state law are allowed to submit bids for the open contract.

Staff reporter Sean Carley can be reached at [email protected] or on Twitter @SeanMCarley.