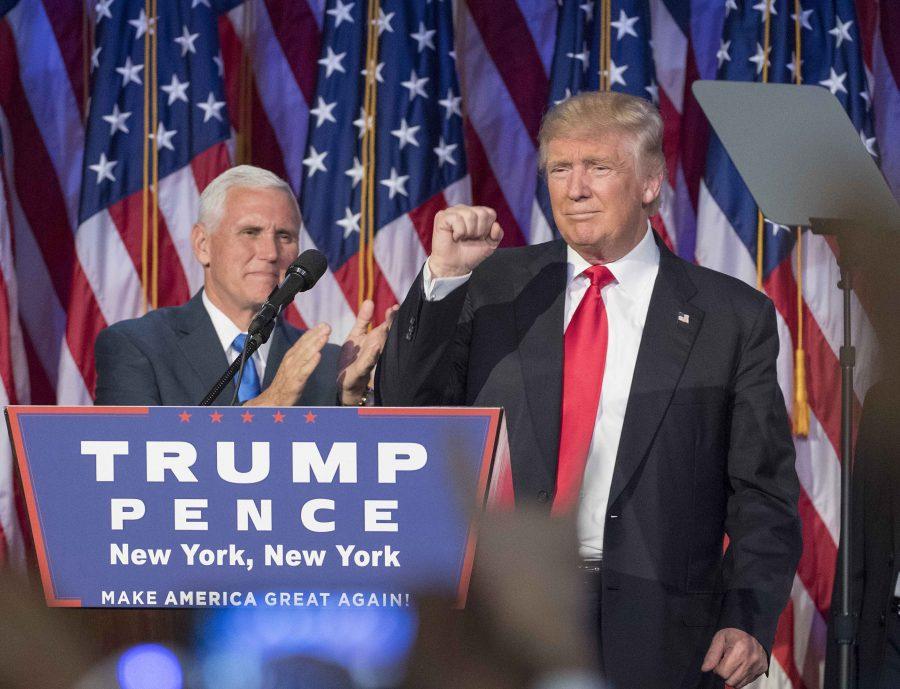 President-elect Donald Trump pumps his fist, with running mate Mike Pence standing by, following a speech to his supporters after winning the election at the Election Night Party at the Hilton Midtown Hotel in New York City on Wednesday, Nov. 9, 2016. (J. Conrad Williams Jr./Newsday/TNS)

With opposition from two Republican women, Sens. Susan Collins of Maine and Lisa Murkowski of Alaska, Republicans did not have enough votes with their slim 52-seat majority to advance the bill.

Pence, a longtime opponent of abortion, arrived to cast the vote breaking the 50-50 tie — and will be expected to do so later Thursday on final passage.

“We just saw a historic moment,” said Sen. Patty Murray, D-Wash. “It is a sad day for the United States Senate.”

Under long-standing practice, no federal funds can be used for abortions, but federal family planning money can flow to the clinics to provide other healthcare services.

Some Republican-led state governments had been moving in recent years to choke off Title X funds from any clinics that offered abortion service. The Obama rule sought to prohibit such practices.

It is part of a series of bills being passed by Congress under the so-called Congressional Review Act, which allows federal regulations put in place during the final days of the previous administration to be undone by simple majority passage.

Passage by the Senate later Thursday would send it to the White House for President Donald Trump’s signature.