Salukis struggle on the mound in loss to Murray State 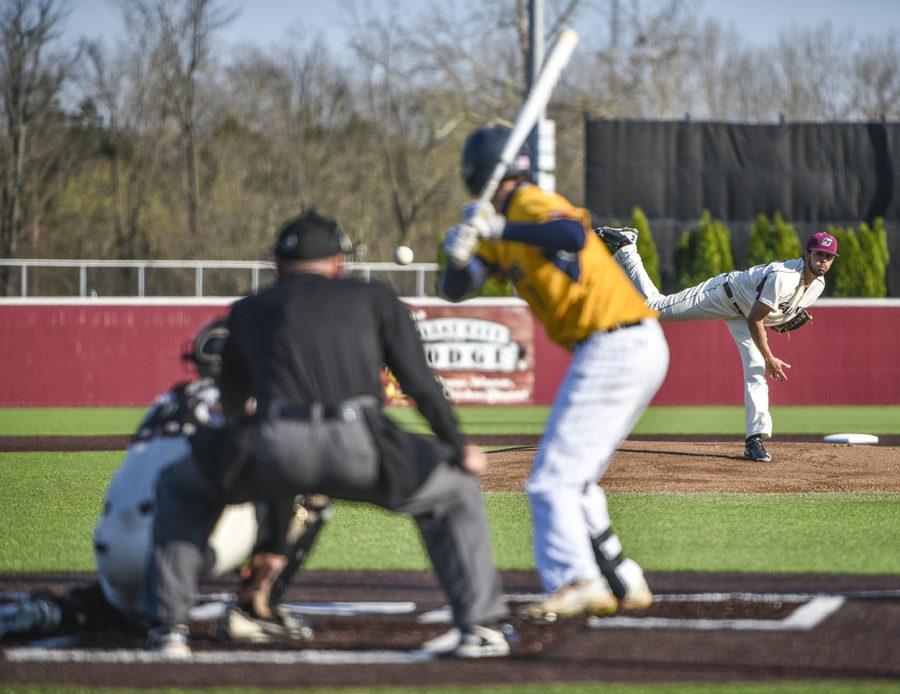 SIU’s baseball team fell to Murray State 13-10 Wednesday despite another big night at the plate.

The Salukis (11-10) came into Wednesday’s game with momentum from two wins in their last two games. Those two wins came against the University of Illinois last weekend, where the Salukis played four games in three days.

With a number of pitchers on the Salukis’ roster resting after the long weekend, coach Ken Henderson sent junior pitcher Allen Montgomery to the mound for a spot-start Wednesday.

This was Montgomery’s third start of the season, with his last start coming against Belmont on Feb. 28 where he struggled through 1.2 innings, allowing four runs (all earned) on three hits and four walks.

Montgomery sailed through the first two innings before running into trouble in the top of the third inning where Murray State (11-8) collected six runs on one walk and five hits — one of which was a grand slam — forcing an end to Montgomery’s night.

Henderson went to the bullpen after the third inning to finish the game Wednesday, but the Salukis weren’t able to slow down Murray State.

Five Saluki pitchers combined out of the bullpen to allow seven runs (all earned) on 11 hits, six walks, one hit batsmen and one wild pitch.

“It all comes down to pitching, and we just didn’t pitch well tonight,” Henderson said. “If we’re gonna become a better ball club and do what we think we’re capable of doing, then we gotta have some bullpen guys step up.”

A bright spot on the mound was the return of sophomore pitcher Mitch Townsend to the Saluki bullpen after three weeks off recovering from arm tenderness.

Townsend came into Wednesday’s game in the top of the ninth inning and shut down Murray State’s bats, allowing zero runs on only one hit and striking out one while throwing 11 of his 13 pitches for strikes.

“The one exciting thing about tonight [on the mound] was Townsend’s first appearance in three weeks,” Henderson said. “I thought he was really good … he’s a guy that when he’s healthy he can certainly be a key guy for us in the bullpen.”

The Salukis once again put their skill and power on display at the plate Wednesday.

Every Southern player in the starting lineup recorded at least one hit, with five Salukis claiming multi-hit efforts Wednesday.

Junior second baseman Connor Kopach and senior shortstop Will Farmer both went 2-for-6, each with a double and two RBI’s.

Farmer also tied junior left fielder Greg Lambert for a team-high three home runs on the season with a blast over the left field wall in the bottom of the eighth inning.

“Number one positive is I saw a lot better swings tonight,” Henderson said. “I thought our plate discipline, our swings and our approaches at the plate were better tonight than they have been all year.”

SIU looks to keep its bats hot when hosting Jacksonville State this weekend for a three-game series. Senior starting pitcher Chad Whitmer will take the mound in the first game of the series, scheduled for a 1 p.m. start Friday.