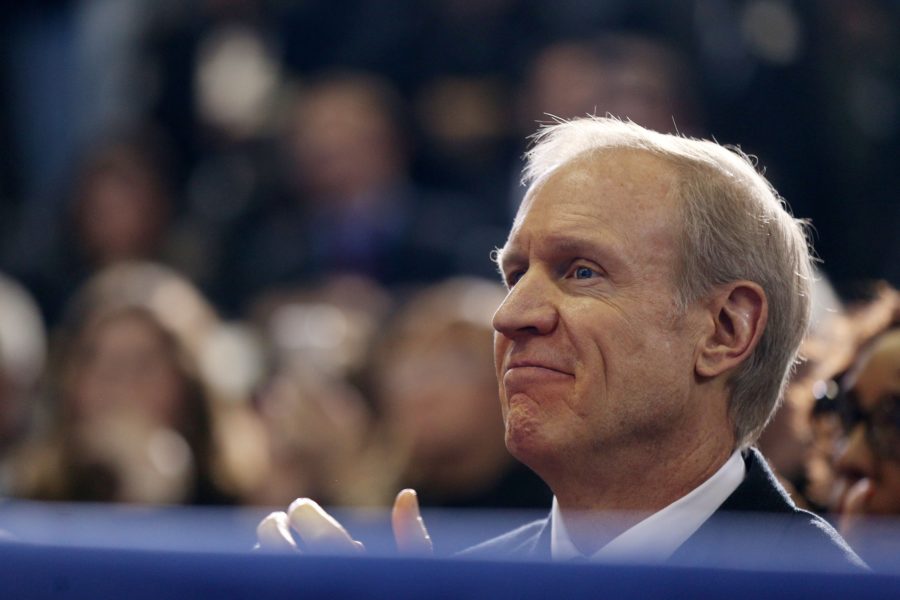 By Doug Finke | The State Journal-Register

A state appeals court has ruled in favor of AFSCME, preventing the administration of Gov. Bruce Rauner from imposing its contract terms on the union for now.

The Fourth District Appellate Court agreed with the American Federation of State, County and Municipal Employees to put on hold a state labor board ruling last fall that the two sides had reached an impasse in their contract negotiations.

The Rauner administration broke off talks with the union more than a year ago, contending that the two sides had reached an impasse. The Illinois Labor Relations Board last fall ruled in favor of the administration, which opened the door to the governor’s office imposing its last, best and final offer on the union. AFSCME is challenging that ruling in court, contending the two sides are not at impasse and that negotiations should resume.

Friday’s ruling prevents the administration from imposing its contract terms until the appellate court rules on the basic issue of whether an impasse does exist in contract talks between the state and AFSCME. A ruling on that issue could take several more months. The appeals court said the union showed a “reasonable likelihood of success,” which justified putting a hold on the labor board ruling.

“Today’s decision is in the best interest of all of the people of Illinois, both public service workers and the millions of citizens who rely on their important work,” said AFSCME executive director Roberta Lynch in a statement. “We strongly urge Governor Rauner to join us in the spirit of compromise and return to bargaining in good faith to reach an agreement that is truly fair to all.”

Rauner’s general counsel Dennis Murashko said the decision means more delays in implementing a contract the administration believes will save the state $2 million a day.

“We are currently analyzing this decision, but we are very disappointed with the court’s ruling which continues the stay that prevents our administration from implementing common-sense changes in the AFSCME contract,” Murashko said in a statement.

The union countered that the administration’s proposals would impose a 100 percent increase in health insurance costs on union members while also freezing their pay for four years.

AFSCME members then voted to give the union’s bargaining committee authority to call a strike sometime in the future. However, Lynch said the union wants to avoid a strike and would pursue all legal remedies to avoid one.

AFSCME represents about 38,000 state workers. Of them, approximately 28,000 are eligible to strike. The remainder work in security jobs and are forbidden from walking off the job.

After the administration broke off negotiations, an administrative judge held hearings on the impasse issue. She determined that an impasse existed on some issues, but not on the key sticking points of wage increases and health insurance costs.

The labor board, though, determined that the two sides were at impasse over the issue of outsourcing jobs and that that issue alone was important enough to declare an overall impasse.

In its ruling Friday, the appeals court appeared to question that conclusion. The court also took note of the state’s failure to provide information to AFSCME about the administration’s proposed merit-pay plan and projected health insurance savings. The union said it needed that information in order to effectively bargain over those issues.