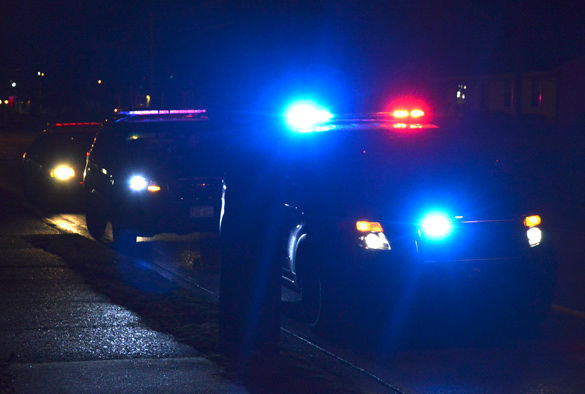 One person was confirmed dead in Ottawa in north-central Illinois after a tornado touched down there, part of a weather system that produced severe weather across the northern part of the state Tuessday night, according to the National Weather Service.

The Ottawa Fire Department reported one fatality from the tornado that hit Ottawa about 4:45 p.m. Tuesday, according to the National Weather Service.

Another round of storms spurred tornado warnings again after 6 p.m. in LaSalle, Livingston and Grundy counties. A trained spotter reported a tornado near Rutland a little before 6 p.m.

National Weather Service Meteorologist Amy Seeley said she did not have a full count of how many tornadoes were reported because some sightings may have been the same system. Investigators will assess damage Wednesday and determine whether a twister hit Oregon, Illinois in Ogle County, also.

“Besides the tornadoes, there was a lot of hail reports across the area,” Seeley said. “Ottawa had the baseball size hail too. We are starting to get some flooding in Will County.”

Thunderstorm warnings were in effect until 8:30 p.m. through much of the southern parts of the Chicago area, including parts of Cook, Will, Kankakee counties. A flood advisor was in effect for Will, southern Kendall, southeastern Cook and parts of Livingston, LaSalle and Grundy counties until 9:30 p.m. Heavy rains produced 12 inches of standing water in New Lenox, with 1 to 2 inches of rain expected in the area, according to the weather service.

There were widespread power outages in LaSalle County following the tornado touchdown, according to Ameren Illinois.

Ottawa resident Nate Hermann was driving through the damaged area just after the storm hit. He said homes in Naplate, which is west of Ottawa, were severely damaged. He said the LaSalle County Building and the nursing home also suffered heavy damage.

“My aunt’s house in Naplate got pushed over,” he said, adding that she is OK.

He said her house was a half block west of the old St. Mary’s Church, 2005 Center St., Ottawa.

The Rev. David Kipfer of St. Columba Catholic Church in Ottawa said St. Mary’s Church in Naplate, which closed its parish but whose building remains in use, may have suffered damage, but damage and closed streets are preventing anyone from getting to the area to know for certain, he said.

Ryan Cryder, who lives about eight miles northwest of Morris in Nettle Creek Township, was attending a youth volleyball game at Rutland Grade School when the sirens went off about 4:45 p.m, with the bulk of the storm hitting that area to the north of Ottawa about 5 pm., he said. The game was canceled, and families left after the first wave of storms were through. At the school, they saw golf-ball sized hail. However, when Cryder’s family arrived home, they found even larger hailstones.

“There was hail about the size of your fist, huge,” Cryder said. “I’ve never seen it so big.”

The Village Grille, located at 221 20th Avenue in Naplate, posted in Facebook photos of their restaurant that was hit by the tornado, and that “everyone is ok.”

“Severe damage has been done to our little restaurant,” the posting says. “We are in tears. …Sending prayers to all who was affected by this monster.”

A twister hit the LaSalle County Nursing Home in Ottawa. A woman answering the telephone at the nursing home said several residents reported bumps and bruises but no serious injuries. Trees and power lines were also down in the area.

Jerry Janick, a captain for the city of La Salle’s fire department, said his department sent an ambulance and equipment to nearby Ottawa and Naplate shouldering the storm.

Workers with the LaSalle County Emergency Management Agency were out surveying damage, the office said.

In Oregon, Ill., the city’s emergency manager reported buildings destroyed, large trees uprooted and siding taken off homes in a storm that hit the area a little after 5 p.m., according to the weather service.

A tornado watch was in effect until 10 p.m. Tuesday for northern and central Illinois, northwest Indiana and eastern Iowa, with strong storms including “very large hail” over the whole area and the threat of tornadoes highest south of Interstate 88, according to the National Weather Service.

Large hail fell throughout northern Illinois, with 1-inch hailstones reported in Alsip, Romeoville according to the weather service.

In Joliet, a metal pole barn was leveled during evening storms, according to the weather service.

The watch area included all of northern and central Illinois, as well five northwest Indiana counties and 17 counties in Iowa.