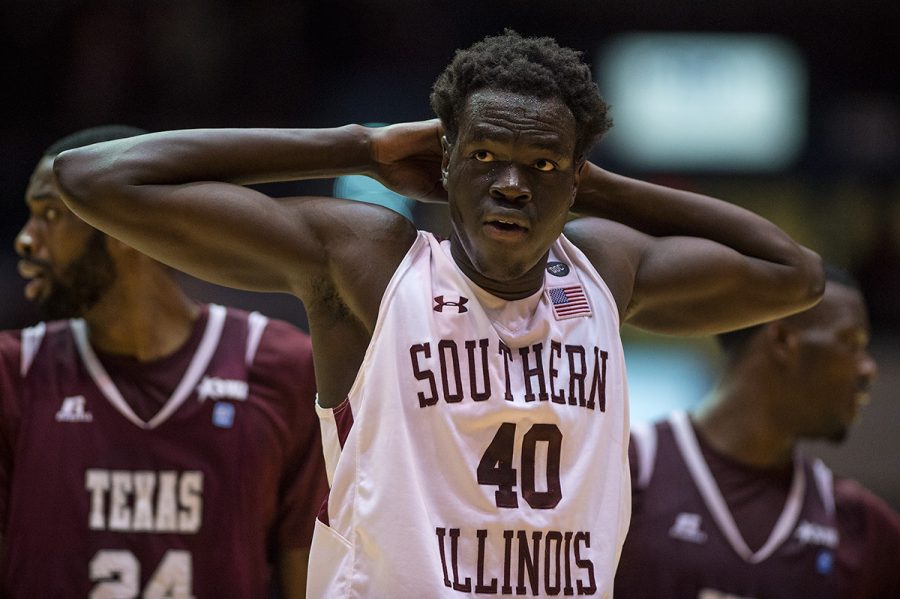 Junior forward Thik Bol prepares to make a free throw near the conclusion of the Salukis’ 74-70 win over Texas Southern on Saturday, Dec. 3, 2016, at SIU Arena. (Jacob Wiegand | @jawiegandphoto)

Loyola coach Porter Moser on Saturday following a 72-70 loss to the Salukis, said O’Brien was his pick for All-League, calling him “phenomenal.”

O’Brien had 17 points, 13 rebounds and five rebounds against the Ramblers.

Bol was named to the All-Defensive team. He tallied a conference high 73 blocks and tied for first in average with 2.4 a game.

The Sudan native recorded seven blocks — the second most in school history — against Loyola on Saturday.

Both O’Brien and Bol will be back in action at 2:30 p.m. Friday against Loyola in the quarterfinal match of the Missouri Valley Tournament at the Scottrade Center in St. Louis.