Salukis stuck in a rut, lose to Evansville 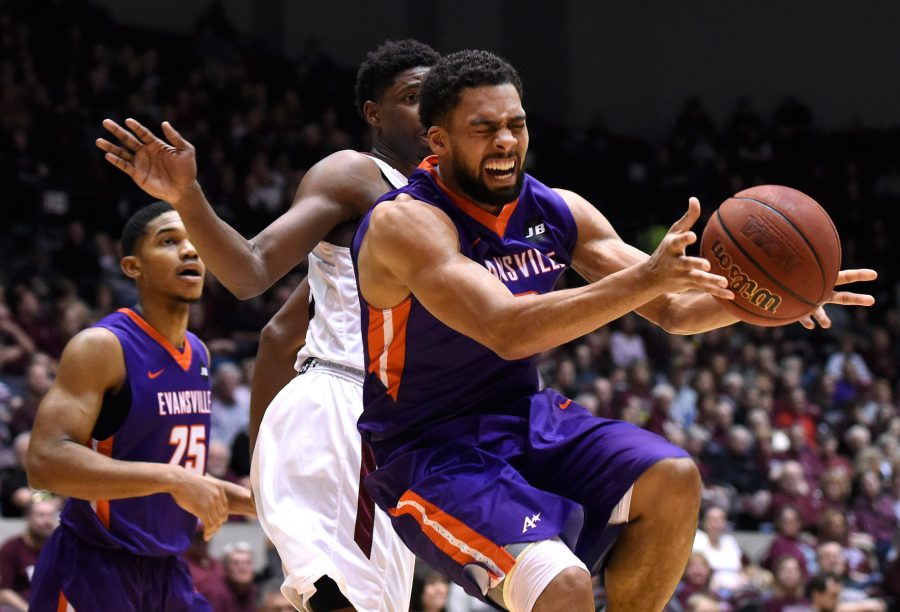 Things didn’t look good for the Salukis in the first half.

Both teams scored again to tie things up at four.

The Aces went on a 7-0 run kickstarted by junior guard Duane Gibson, giving them an 11-4 advantage.

O’Brien tipped in a miss to end the run. Howard got to the free throw line a play later, further extending Evansville’s lead.

Senior guard Leo Vincent knocked down a 2-pointer a couple of plays later to get SIU to 8 points.

After Vincent’s basket, Evansville went on another 7-0 run to get ahead 20-8 with 9:55 remaining.

“We didn’t turn the ball over,” said Evansville coach Marty Simmons. “They’re defense was tough — it was feast or famine. We had some possessions where we really valued the ball.”

The Aces stayed in control for the rest of the half, never letting their lead get under 10 points. The score was 36-26 at halftime.

“This was the first time all year I called a timeout and accused them of quitting,” coach Barry Hinson said. “They let their offense affect how they played, and that bothers me.”

For the next 15 minutes of the quarter the teams traded baskets, Evansville never letting its lead be fewer than 10 points.

Thanks to two trips in a row to the free throw line and a 3-pointer by Vincent, the Salukis cut the lead back down to 10 with 2:51 remaining.

Evansville responded quickly with a basket by sophomore guard Ryan Taylor, but then SIU went on a 8-0 highlighted by back-to-back 3-pointers by Vincent, cutting the lead to just six.

“[I] definitely started feeling it a little bit,” Vincent said. “It was late in the game, we had to make something happen.”

The Pennsylvania native led the Salukis in scoring tonight with 21 points.

Gibson answered by making a layup on the other end, extending the lead to eight with 46 seconds remaining.

He led all scorers with 27 points and also completed the double-double by grabbing 10 rebounds.

That was too much of a lead for the Salukis to overcome and they fell 75-70.

It’s getting late in the season and the Salukis don’t have much time to recover. They play Wichita State next at 6 p.m. Wednesday at SIU Arena.