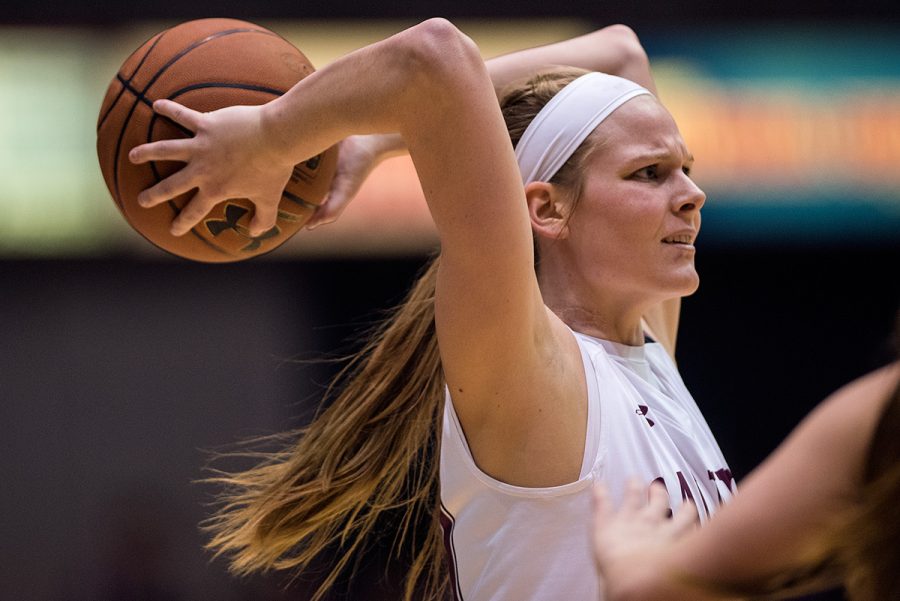 However, the Salukis just weren’t able to get the job done in the fourth as Drake hung on to its undefeated tag, 71-60.

“I feel like for 32 or 34 minutes we played as hard as we could,” SIU coach Cindy Stein said. “We weren’t doing everything right but we were playing hard … and then we had a complete meltdown.”

After entering the fourth quarter tied at 50, Drake (17-4, 10-0 Missouri Valley Conference) did whatever it wanted on offense, shooting 57 percent, to outscore SIU 21-10. The other three quarters it only shot 42 percent.

“We just kind of fell apart,” said senior guard Rishonda Napier, who had a team-high 18 points. “We had lapses in communication and we did a lot of things that were uncharacteristic. It’s just really hard to lose when you know you could’ve played better.”

Drake’s 2-3 zone stifled the Salukis (10-11, 4-6 MVC) all night, forcing them into 18 turnovers. The Bulldogs were excellent in creating instant baskets off the Saluki mistakes, outscoring SIU 18-6 on the fast break.

“They really trick you into becoming stagnant,” Napier said of Drake’s zone defense and transition offense. “If you don’t keep cutting and moving and flashing, that plays right into their hands.

“They don’t waste time pouting when you score, they just have that mindset of ‘Alright, you scored, so now we’re going to score.’ When you’re on the court you will see four blue jerseys coming at you 100 miles per hour.”

Drake did most of its damage with MVC Preseason Player of the Year Lizzy Wendell who had 21 points and fellow preseason All-MVC first-teamer Caitlin Ingle, who had 20.

The first half wasn’t the cleanest for either team with both teams combining for 21 turnovers — 11 for Drake and 10 for SIU.

However, SIU took far more advantage of its opponent’s turnovers. The Salukis outscored Drake 18-7 on points off turnovers in the first two quarters.

A majority of Drake’s turnovers came in the second quarter, when Southern went a 10-2 run and opened up a lead that grew as wide as 10 points.

Drake came back to cut the lead to as little as one, before Nelson beat the buzzer on a catch-and-shoot 3-pointer.

Both cooled off considerably in the second half, which Stein attributed to their inexperience in big games.

“I think they got hesitant,” she said. “Sometimes young kids do that when they’re in pressure situations … but they’re going to be better for it.”

The third quarter was much of the same from the first half with the teams trading leads seven times.

Her teammates only shot 25 percent in the period, but Napier did the best she could to keep pace with Drake, scoring 10 points herself before the deciding fourth-quarter.

SIU has a quick turnaround to lick its wounds before facing the No. 2 team in the MVC, Northern Iowa, at 2 p.m. Sunday in SIU Arena.