Photo of the Day: The “Cadillac” of horse tricycles 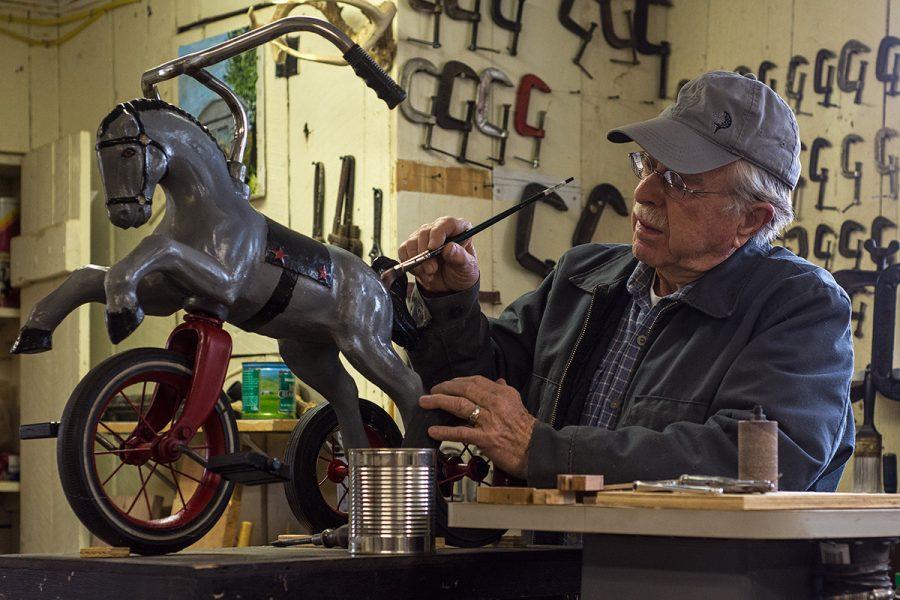 Marion Mitchell, of Carbondale, poses for a portrait inside his workshop Wednesday after restoring his second horse tricycle.

The retired teacher, who considers himself a local expert on antique toys, said the pre-Depression era plaything was originally manufactured in Ste. Genevieve, Missouri, before a production plant opened in Carbondale in 1930 where Mitchell said the final pony tricycle was made around the time of World War II.

About 80 years later, Mitchell bought his first one for $10 and restored it for the University Museum where it now resides.

He and his wife, Polly Winkler-Mitchell, found the second pony, named Speedy, at a local yard sale just a few years ago.

Editor-in-Chief Anna Spoerre can be reached at [email protected] or on Twitter @annaspoerre.