For the second time in as many seasons, SIU football coach Nick Hill needs a new assistant coach 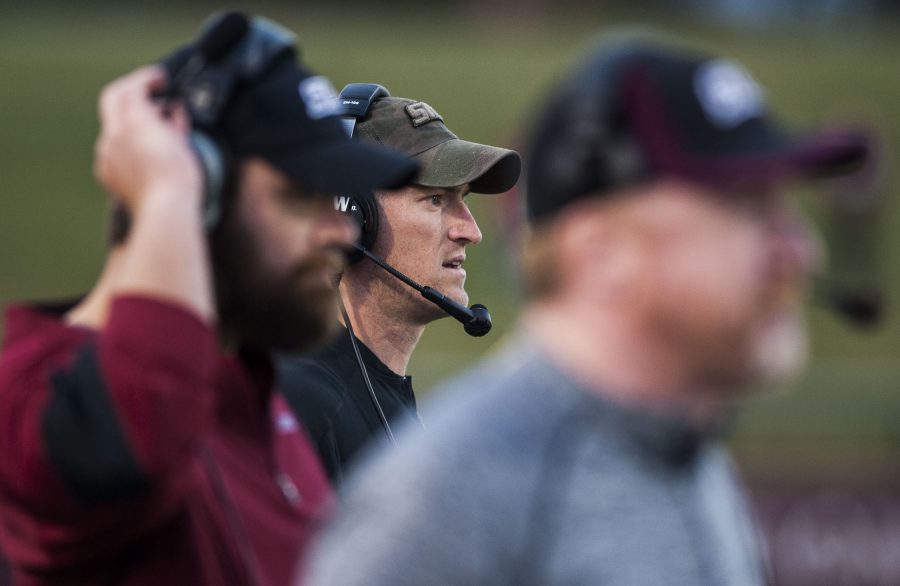 Coach Nick Hill and his coaching staff watch a play Saturday, Nov. 5, 2016, during the Salukis' 35-28 win over the University of South Dakota Coyotes at Saluki Stadium. (Ryan Michalesko | @photosbylesko)

Lester announced Wednesday morning that Aikens will be joining the WMU program that broke into the national scene this season, finishing the regular season undefeated and going to the Cotton Bowl, eventually losing to Wisconsin 24-16.

Under Aikens, the Salukis’ receiving corps broke a program record of 29 touchdowns shortly after he joined the staff in 2014.

SIU broke the program record for receiving yards per game in 2015 and 2016, leading the Missouri Valley Football Conference in scoring both seasons.

The Salukis were the only program in the Football Championship Subdivision with four 500-yard receivers last season.