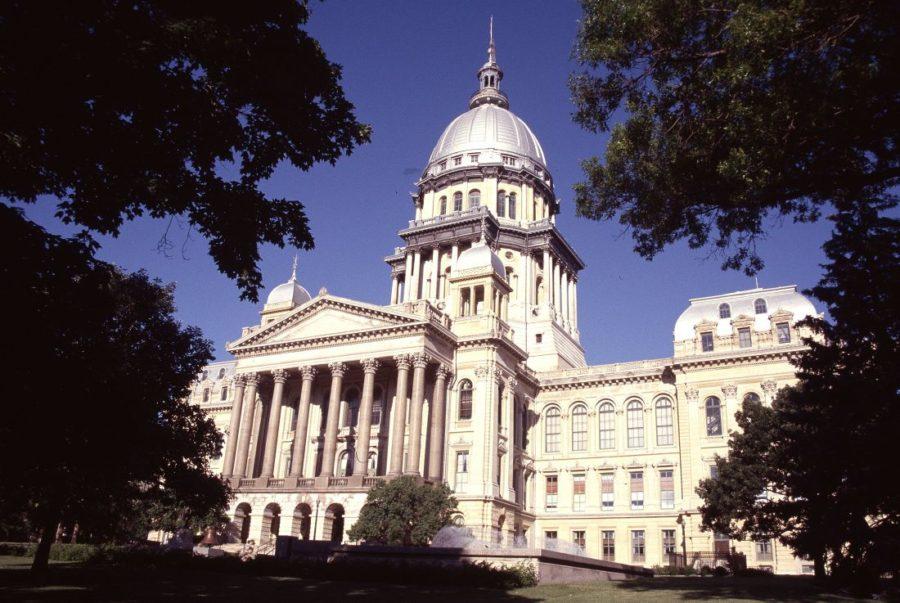 Two freshman southern Illinois senators could vote as early as Wednesday on a bipartisan budget proposal aimed at ending the state’s budget impasse.

The legislation is scheduled to be voted on in the Senate the same day the governor delivers his State of the State address. If passed, the bill would need approval from the House and Rauner to end the budget stalemate. Though the governor has praised Cullerton and Radogno for their willingness to compromise, he hasn’t explicitly endorsed the bill package.

While the two newly-inaugurated senators cited funding higher education as a top priority, both said they could not say how they would vote on the legislation without first further reviewing it.

Sen. Paul Schimpf, R-Waterloo, of the 58th District, said he would not support a budget measure that only increased revenue through higher taxes and did not include both workers’ compensation reform and political reform measures such as implementing term limits for lawmakers and changing the way legislative districts are created in the state.

But, Schimpf said, it is “encouraging” to see bipartisan compromises being made, and he said he hopes House Speaker Michael Madigan will join in on the negotiations.

“He seems to be the last one that’s digging his heels in against the spirit of compromise,” Schimpf said. “I hope that changes.”

In the 59th District, Sen. Dale Fowler, R-Harrisburg, said lawmakers need to make sure any budget measures put forward are carefully thought out.

“We can’t just slam anything down on the table,” Fowler said. “Before we do anything, we need to get our schools back on solid ground.”

House Republicans requested the governor’s budget office review the spending proposal, which reached the conclusion that the bill would create a deficit by the end of the 2018 fiscal year.

Illinois public universities are asking the state Legislature to be funded at the same level as fiscal year 2015. For SIU, that was $199.5 million. The university system has received $106 million this fiscal year, which brings the request to an additional $93 million.

Both senators said they support this request by the university.

The solution to SIU’s financial woes isn’t just for the 100th General Assembly to pass a new budget — it will require some “out of the box” considerations, said Fowler, who sits on the Senate Higher Education Committee.

Schimpf agreed, and said when crafting a budget, lawmakers shouldn’t be focused solely on raising taxes to fund things like higher education and social services. Attention should also be given to reforms that will bring in residents and convince businesses to set up shop in the state, he said.

“The unfortunate truth is, until we make Illinois a more attractive place, none of these other problems are going to be solved,” Schimpf said.

Fowler said “luring” companies into Illinois should be a major priority during budget talks in Springfield. This starts with bringing workers’ compensation costs down, he said, which will improve the business climate and overall economic health of southern Illinois.

“Becoming more business competitive relates back to everything,” Fowler said. “We’re losing commerce and jobs to our neighboring states, and that just can’t happen.”

Workers’ compensation reform is a major item on Gov. Bruce Rauner’s Turnaround Agenda, which Rauner rolled out after being elected in 2014 with the promise of solving the state’s longstanding fiscal insolvency and enticing businesses to settle in Illinois.

Schimpf said lowering these costs would be a start to solving the state’s out-migration crisis. In 2016, Illinois lost more residents than any other state in the country, according to U.S. census data released in December. The senator partially attributed SIU’s enrollment decline — which hit its lowest point since 1965 in the fall 2016 semester — to this exodus.

Students also aren’t willing to commit to Illinois public universities right now because they don’t trust that state funding for things like Monetary Award Program grants will be available for them in the future, Schimpf said.

Fowler said this is why he supports a dedicated funding stream for state higher education institutions and social agencies so “they have the security of knowing their true budget for operating.”

Schimpf said since SIU is the largest employer in the 58th Senate District, supporting the university is a “no-brainer” for the economic well-being of the area.

In order to get full funding for SIU, though, Schimpf said his priority now is building relationships within the General Assembly to “be a salesman” for the university, because he said Chicago legislators tend to “forget about SIU Carbondale” when discussing higher education appropriations.

“There’s a lot more we have in common than people realize and we can find areas to work together,” he said. “Once you find those areas, it allows you to build up trust and I can ask for their help to try to get the funding for SIU that we need.”

Although there are a few “bomb-throwers” in both the Republican and Democrat parties that aren’t always willing to compromise, Schimpf said the majority are open to working across the aisle.

Sen. Schimpf sits in Luechtefeld’s vacant seat in the 58th District. Schimpf was in the U.S. Marine Corps from 1993 until 2013 and ran for Illinois Attorney General in 2014, but the bid was ultimately unsuccessful. Sen. Fowler took over in the 59th district after serving as mayor of Harrisburg for two years and business owner Rep. Dave Severin, R-Benton, ousted the seven-term Bradley in the 117th District.

While the newcomers go through their first month in the General Assembly, there is a “learning curve” as they figure out the ropes, said John Charles, SIU’s lobbyist and executive director for governmental and public affairs.

“The General Assembly is a nearly 200-year-old institution and it has its own way of doing things,” Charles said. “With seniority comes that institutional knowledge and that ability to have a historical perspective on what’s happened in the past.”

Still, Charles said, seniority doesn’t play much of a role in the committees that SIU most frequently deals with, such as the higher education and appropriations committees. He said there are benefits to having fresh faces in the Legislature.

“Just as that institutional knowledge is important, it’s also important to have somebody look at something from a different angle,” Charles said. “I hope to be a resource for them as they work to support the university.”