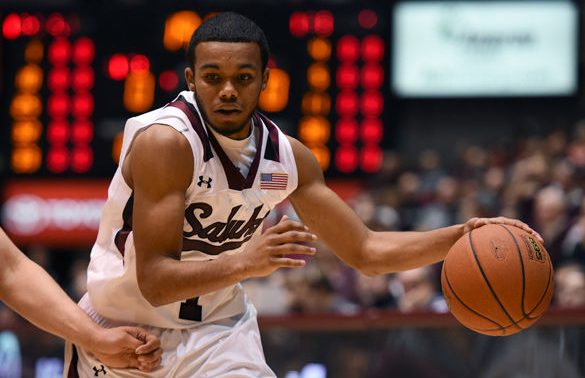 The Missouri Valley Conference basketball season is halfway over and teams are coming back around for either revenge or to cement their status to their opponents.

The first team to see the Salukis a second time this season will face the Dawgs at 7 p.m. Saturday when coach Barry Hinson’s former team, the Missouri State Bears, travels to Saluki country.

SIU first faced Missouri State in early January when they traveled to Springfield, Missouri and beat the Bears, 75-67.

Senior guard Mike Rodriguez had one of his best games of the season in the Show-Me State, scoring 22 points while hitting some big shots.

But the matchup this weekend will likely have a bit of a different feel, as one of SIU’s key weapons will be back. Sophomore guard Armon Fletcher, who missed the previous matchup with MSU because of a foot injury, is returning.

It’ll also have a different feel from SIU’s last game as guards Leo Vincent and Sean Lloyd will come back after missing Tuesday’s game because of an administrative eligibility review.

Missouri State was also shorthanded without the services of Ronnie Rousseau III after he requested a leave for personal reasons. The starting junior guard is still away from the team as of Tuesday.

Regardless of whether Rousseau suits up for the Bears or not, they’re still a loaded team that sits alone in third place in the Valley at 5-3 in conference play.

Coach Paul Lusk’s biggest weapon this year has been the breakout of junior college transfer forward Alize Johnson, who is the only player in the MVC to average a double-double with 14.2 points and 10.7 rebounds per game.

The five-time MVC Newcomer of the Week was held somewhat in check by the Salukis in the last matchup with 11 points and 11 rebounds.

His rebounding prowess combined with that of sophomore forward Obediah Church helped Missouri State establish the second-highest rebounding margin in the MVC at plus-6.1. The two are very much like SIU’s forward combo of Sean O’Brien and Thik Bol in that Johnson and O’Brien are Nos. 1 and 2 in rebounding while Church and Bol and 1-2 in blocks.

But, the Bear guards are talented as well. Reigning Newcomer of the Year Dequon Miller stepped up again as Missouri State’s key distributor at 4.2 assists per game while adding 12.7 points.

Sophomore Jarred Dixon was a thorn in SIU’s side in the previous matchup as well when he and Miller both dropped 15 points on the Salukis.

The recipe to beating Missouri State is often limiting the production of the guards or the big men. SIU succeeded by slowing the big men last time, but the Bears will be more motivated this time around after losing on their home floor.

SIU has done a decent job defending its home court this season at 8-4 despite dropping its two most recent matchups in SIU Arena to Northern Iowa and Illinois State.

If it can shake off those demons and repeat the success it had in Springfield, a win is easily fathomable. If not, depending on the result of SIU’s game against Wichita State on Tuesday night, SIU could enter February on a four-game losing streak.