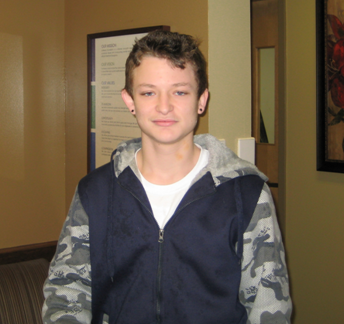 Police are searching for a teenager missing since Tuesday morning after he was last seen in southeast Carbondale, according to a news release.

The Carbondale Police Department received the report of a missing person about 10:50 a.m.Tuesday. Tyler Charles, 16, was last seen in the 1000 block of East Park Street about five minutes earlier, according to the release.

Charles was last seen wearing a blue and gray hooded sweatshirt and blue jeans. Police described him as a white male, about 5’03” tall, weighing about 120 pounds, with blue eyes and brown hair.