Roger Herrin resigns from SIU Board of Trustees 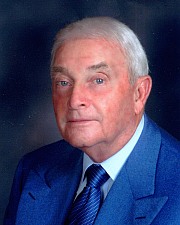 SIU Board of Trustees member Roger Herrin resigned from his position Thursday after more than five years with the university’s governing board.

Herrin, who was appointed to the nine-person board in April 2011, announced his resignation in a letter to Chairman Randal Thomas. In the letter, Herrin, a retired podiatrist and business owner from Harrisburg, said he plans to retire and spend a majority of his time in Florida, where he owns a home in Naples.

“My resignation from the SIU Board is simultaneous with the sale of my nursing homes throughout Southern Illinois, which I have announced this week,” Herrin, president of RDK Management Services, which oversaw several long-term health care facilities in southern Illinois, wrote in the letter.

Though Herrin’s term with the board is set to expire on Monday, according to Misty Whittington, the board’s executive secretary, his resignation is effective immediately. Herrin was appointed to the board by former Democratic Gov. Pat Quinn, who reportedly tried to interject with board appointments on more than one occasion.

Illinois Gov. Bruce Rauner’s spokeswoman, Catherine Kelly, told the Southern Illinoisan on Thursday that the governor’s office plans to make an announcement about the board next week.

The Republican governor, who defeated Quinn during the November 2014 election, appointed Carbondale native John Gilbert, a U.S. district court judge, and Alton native Amy Sholar, a lawyer who specializes in divorce and juvenile abuse cases, to the board in February 2015.

During a phone interview Thursday evening, Herrin said the board was experiencing internal conflicts and had “procedural things that needed cleaning up” when he joined it in 2011. He said those conflicts have since been fixed, adding that the current administration is doing well handling some difficult situations, such as the state’s budget impasse.

“We’ve come a long way and I’m very proud of that,” said Herrin, who leaves southern Illinois for Florida on Friday morning. “I’m getting out of here before this ice gets in. … My family told me it’s time to come to Florida and quit working so hard.”

In a statement Thursday, SIU President Randy Dunn said Herrin’s knowledge in medicine, health care delivery and finance has been a benefit to the university.

“As we have enjoyed major growth in the success of our SIU Healthcare practice, and as we have experienced these difficult state budget times, Dr. Herrin’s leadership and connections have been valuable in helping us both succeed and weather this tough period for Southern Illinois University,” Dunn said.

As a trustee, Herrin — who has also worked as president of ComBank, Inc., a banking corporation that owns seven banks in the region — served as the board’s chairman for 10 months and as chair of the its executive committee. He most recently served as chairman of the board’s finance committee.

Herrin’s time on the board was not always quiet. He was known for arguing with former SIU President Glenn Poshard.

In March 2012,  Poshard said members of Quinn’s staff called each board member attempting to pressure them to renew Herrin’s tenure as the board’s chairman. Poshard said trustees who did not intend to re-elect Herrin were asked by Quinn’s staff to either resign or not show up to the March 22, 2012, annual election of officers meeting.

Herrin has donated nearly $100,000 to Illinois politicians, including more than $19,000 to the former governor’s campaigns, according to the Illinois State Board of Elections.

About a year after that meeting, Poshard and Herrin got into a heated argument during what the Southern Illinoisan described at the time as “a news conference turned into a verbal brawl.”

The board consists of seven trustees who are tasked with managing, changing and creating policies that affect the university’s faculty, staff and students throughout the SIU system. The positions are granted by the state’s governor and are unpaid.

Each year two students — one from the Carbondale campus and one from the Edwardsville campus — are voted to the board by students. One is allowed to vote on university business or policy, a power solely awarded by the governor, usually in July.

In March 2015, the Daily Egyptian reported that Quinn intentionally withheld the voting power from both elected student trustees because they refused to vote for Herrin as chairman. Herrin denied the allegations and Quinn did not respond to requests for comment.

Outside of his board duties, Herrin in 2013 was ordered by an appellate court to repay nearly $500,000 of insurance money that stemmed from multiple lawsuits following an auto wreck that killed his teenage son. In protest, the board member paid $125,000 of the amount in quarters, according to news reports at the time.

The coins were reported to have been delivered to a Marion bank by an armored vehicle carrying 150 bags, which weighed an estimated four tons.

During an interview, the board’s vice chair, Donna Manering, who joined the board a month before Herrin, said the 79-year-old served the trustees and the university well.

With his experience in medicine and business, Herrin “brought a great perspective to the board,” said Manering, whose term also ends this month.

Herrin concluded his letter to the board’s current chairman by saying he spent the last six years “getting SIU back on the right track with new leadership and moving ahead to accomplish great things once again.”

The trustees gather for their next meeting Feb. 9 in Edwardsville.

9:50 a.m. Friday: This article was updated with a statement by SIU President Randy Dunn.

This article was originally published at 4 p.m. Thursday.