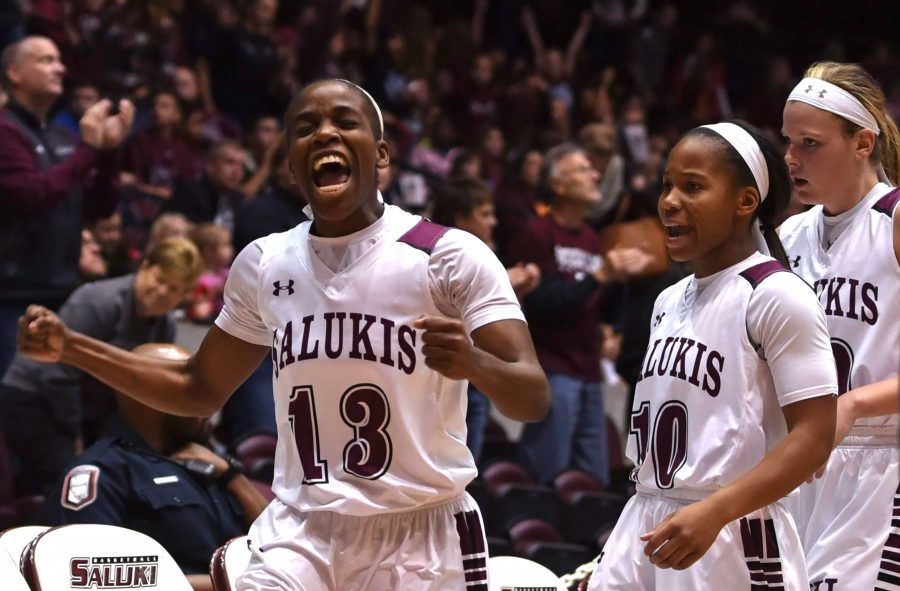 The SIU women’s basketball team’s third quarter collapse lead to their demise as they fell 75-59 on Sunday to Drake.

The bulldogs went on a 10-0 run to end the third quarter that extended their lead to 62-40. This proved to be too much for the Dawgs to come back from.

Though their 3-point percentage fell off, the Bulldogs shot their best percentage in the third at a solid 64.3 percent. SIU shot a woeful 21.4 percent.

The Salukis tried to make a comeback in the fourth by shooting an efficient 50 percent in the quarter, notably putting together a 7-0 run late in the game.

But that wouldn’t be enough, as the Salukis dug themselves into a hole too big to climb out of.

SIU was down early after giving up eight straight points to start the game before senior forward Carlie Corrigan knocked down a 3-pointer.

Corrigan was a big help for the Salukis, making 4-6 of her 3-point attempts and leading the salukis in points with 14.

After a couple of made baskets by the Bulldogs, SIU put together a 10-0 run to give them a 16-12 advantage. That would be the only time they were ahead on Sunday afternoon.

After an early 3-pointer by SIU freshmen guard Kristen Nelson, Drake pushed their lead back up to 10 with 5:55 in the second.

Junior forward Lizzy Wendell quickly scored a midrange shot that sparked a 6-0 run to put Drake back on top 38-32.

Saluki junior guard Kylie Giebelhausen hit a 3-pointer that cut the bulldogs’ lead to 38-35 going into the half.

Wendell looked unstoppable in the first half, scoring 18 of her 24 points in the opening. She also had three assists, two steals, a rebound and a block.

The Salukis will look to get back on track at 6 p.m. on Friday against Wichita State at SIU Arena.