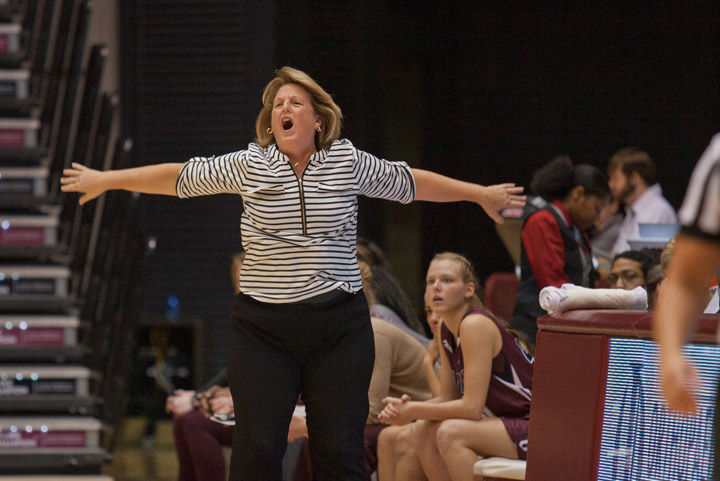 Northern Iowa’s recent domination of SIU at the McLeod Center continued on Friday.

Thanks to an epic third quarter for UNI, the Panthers have won nine of their last 10 games against SIU at home, this time with a 79-49 victory.

First-team All-MVC senior guard Madison Weekly played as such in that time, scoring 11 of her game-high 24 points in the third.

She was joined by sophomore guard Mikaela Morgan and freshman forward Megan Maahs in double figures with 11 and 10 points, respectively.

Meanwhile, SIU’s usual scoring suspects were not as fortunate.

SIU’s offense struggled throughout the game, shooting 34.6 percent and making just one 3-pointer all night.

Southern was able to stay within striking distance of UNI early thanks to help from freshman forwards Nicole Martin and Lauren Hartman, who each contributed seven points. Martin was the only Saluki to reach double-figures with 16 points.

Despite UNI’s strong third quarter, neither team could get much going in the first half.

SIU made four of its first five shots to take an 8-0 lead, but the Saluki offense began to run off the rails.

Southern would only make three more baskets and turn the ball over four more times before the end of the first quarter.

Turnovers plagued the Salukis throughout the first half, committing 13 in the first two quarters. Northern Iowa turned those 13 into 15 points, which helped make up for the Panthers’ poor shooting to still take a 32-24 halftime lead.

UNI shot just 28.6 percent in the first half, but the value of its made shots proved to be the difference. The Panthers made six 3-pointers while SIU did not convert on one.

A vast majority of UNI’s came from Weekly and Morgan, who had 13 and 8 points respectively in the first half.

The road will not get much easier for the Salukis as they travel to preseason conference favorite Drake for a 6 p.m. matchup on Sunday in Des Moines, Iowa.