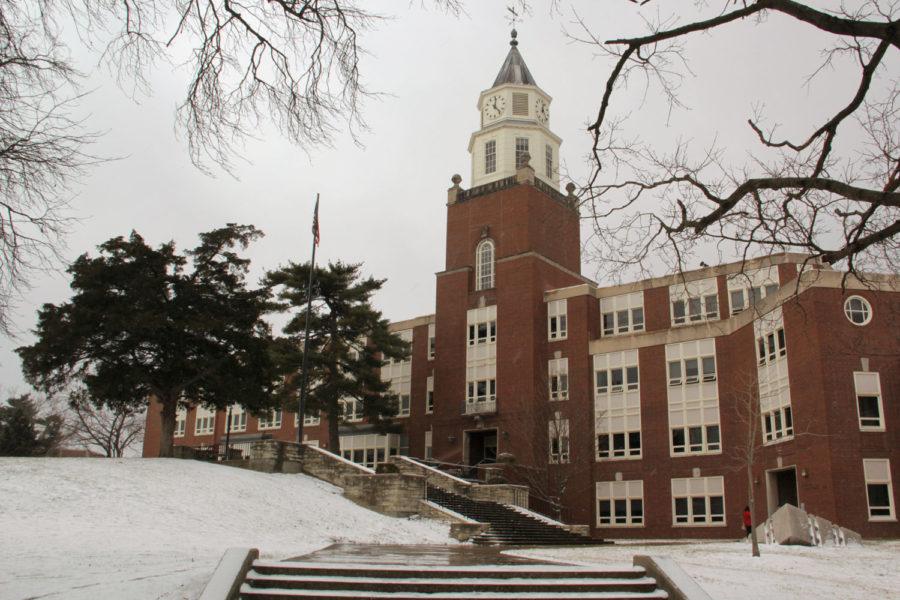 After a month of struggling on her own, Veronica Portillo Heap went to her academic adviser at the University of Chicago in May 2014 and told her that she had been sexually assaulted on a date.

She wasn’t looking for the university to punish her date, who wasn’t a U. of C. student. She wanted advice about how to cope and to hear someone say she had been violated.

When she didn’t get either, she consulted the campus’ sexual violence prevention policies and found several areas where she believed the university had fallen short of federal guidelines, including the way rape was addressed during freshman orientation. She pushed the university to change its policies, only to feel ignored and, later, retaliated against because she complained.

Believing she had no other recourse, Heap filed a complaint with the U.S. Department of Education in July 2015 that alleged the university’s policies and procedures pertaining to sexual violence failed to meet its obligations under Title IX, a federal law that prohibits gender discrimination. The department opened an investigation in February.

Two weeks after the federal investigation began, U. of C. announced changes to its sexual assault policies, including new prevention programs, and the creation of a website that explains the university’s polices, resources and processes, as well as options available for victims. The university also redesigned training for freshmen.

A U. of C. spokesman said the campus “is committed to addressing and preventing unlawful harassment, discrimination and sexual misconduct” and continues to take “substantial steps to enhance efforts to prevent such incidents and to respond in a prompt, equitable and thorough manner whenever they occur.”

And while President Barack Obama’s administration has made addressing sexual assaults on campus a priority, it’s unclear what Trump — who has boasted of grabbing women by their genitals without permission — will do. He did not specifically address the issue during the campaign, but the Republican Party platform approved during the convention calls for the federal government to reduce its role in campus sexual violence investigations.

“I don’t know what’s going to happen during the next administration,” Heap said. “I’m not sure there will ever be a resolution.”

Campus security experts are equally unsure about the future, given neither Trump nor his pick for education secretary has taken a public position on the issue. Their lack of a governing record also makes it difficult to predict how the next administration will view such cases.

“The overall feeling right now is uncertainty,” said Karen Ibach, a Philadelphia-based attorney who works with universities on Title IX compliance issues. “No one really knows what’s going to happen.”

As part of its efforts to spotlight issues surrounding campus sexual assault during the past five years, the Obama administration has increased the number of investigations and taken the rare step of publicizing them. In 2011, the Department of Education’s Office for Civil Rights issued a letter that urged colleges and universities to better investigate and adjudicate cases of campus sexual assault. That letter dictated the standards by which institutions are to handle complaints, including a 60-day deadline to finish administrative investigations.

In 2014, the education department for the first time released a list of schools under investigation for possible violation of federal law related to the handling of sexual violence complaints. The list, which initially included 55 schools, is updated weekly and available upon request.

The department does not disclose details about the cases. The reviews are prompted by either a formal complaint or a compliance review and can take years to complete. Another U. of C. complaint, for example, is more than three years old.

The reviews typically end with an agreement between the institution and the education department. Universities that do not comply with the law can lose federal funding.

A case also was opened at the University of Notre Dame earlier this year.

U. of I. spokeswoman Robin Kaler declined to discuss the case, citing student privacy laws. The school was notified in August that an investigation had been opened.

“Any time we learn of such allegations, we investigate them fully and take appropriate action,” Kaler said in a statement. “Whenever we receive a request from the Office of Civil Rights, we take the matter seriously and respond promptly and openly.”

The new investigation at U. of I. comes after the university reached a settlement with the education department in 2013 on an unrelated case. That case involved a student who accused campus officials of minimizing her sexual assault and harassment complaints after photographs and a video of the incident were passed around a fraternity house.

In its agreement with the education department, the university did not admit wrongdoing but agreed to provide better staff training on how to handle sexual misconduct complaints. It also revamped its disciplinary process for such allegations, including appointing an advocate for accusers.

The university also updated its student discipline code to prohibit engaging in voyeurism of sexual acts without the knowledge of those involved and to forbid the recording or disseminating of the activity without consent. U. of I. also paid the student more than $77,000 as part of a settlement.

UIC is facing two investigations, including a sexual violence case opened in April and a sexual harassment review that began in August. A UIC spokesman declined to discuss the cases, citing privacy concerns, but said the campus “has provided all relevant information” to the education department.

At Knox College, the most recent complaint stemmed from a student who said the college did not provide “a prompt and equitable grievance procedure” when she told campus officials about a sexual assault, according to a letter sent by the education department to the college and obtained by the Chronicle of Higher Education.

The student further alleged that the college retaliated against her.

Kim Schrader, Knox’s Title IX coordinator, said the college has not heard from federal authorities since the case was opened.

During the past few years, the college has changed how it handles investigations, added Schrader’s position and began providing pocket guides detailing resources in the case of a sexual assault.

Even if Trump makes Title IX cases less of a priority, Knox College officials said they plan to stay vigilant about sexual violence.

“Regardless of what happens on Jan. 20, we as an institution remain committed to being a responsible and safe community,” said Megan Scott, the vice president for communications. “This is not going to change no matter what happens when a new administration takes over.”

To be sure, many experts believe the revamped policies will become an enduring part of Obama’s legacy. Universities nationwide have made changes to their policies and few expect the schools to backtrack because of a new president.

“We’ve spent five years building in procedures and processes,” Ibach said. “I don’t see colleges stepping away from them in any meaningful way. These are all good changes. Nobody wants to send their child to a school that isn’t doing its best to keep students safe.”

The Trump transition team did not respond to requests for comment.

His pick for education secretary, Betsy DeVos, has not been involved in many higher-education issues, making it difficult to predict how much weight she’ll give the Office for Civil Rights. However, some Republicans — including senators who will oversee her confirmation hearings — have accused Obama of distorting Title IX for political gain.

In trying to predict the next administration’s stance, experts have looked at Breitbart News, the far-right website formerly run by Trump’s chief White House strategist, Stephen Bannon. The site has been dismissive of sexual assault concerns on college campuses, with articles in the past year saying “militant feminist professors” are driving policies and stating that “male students (are) subject to one of the most egregious strings of miscarriages of justice in American history.”

At the Republican convention this summer, the GOP accused the Obama administration of curtailing the rights of alleged perpetrators. The party particularly objects to a requirement that administrators evaluate sexual misconduct allegations using the “preponderance of the evidence” standard, meaning the alleged attack more likely occurred than not. The standard — which is used in civil matters — is lower than the “beyond a reasonable doubt” threshold used in criminal courts, where the GOP platform purports that all sexual violence complaints belong.

“Whenever reported, it must be promptly investigated by civil authorities and prosecuted in a courtroom, not a faculty lounge,” the platform states.

But while the Obama administration prioritized the standard, it did not create it. The preponderance of evidence threshold has been used as far back as 1991 and was endorsed by previous Republican administrations.

If the GOP platform is adopted, it essentially would mean schools could take action only in cases in which criminal charges are pressed and the allegations result in a conviction.

“It’s contrary to common sense,” said S. Daniel Carter, a longtime campus safety expert. “It’s like telling a company they can’t fire an employee who they think was stealing until the outcome of the court case. Colleges and universities have been administering discipline since their inception — for cheating, for stealing and other things — without having to wait for the outcome of a criminal case.”

Some are doubtful that Trump would want to spend political capital on sexual violence issues. The U.S. Senate and House have bipartisan support for bills that codify a significant portion of the department’s 2011 advisory letter.

“I welcome him to attempt (overriding the letter),” said W. Scott Lewis, partner at the National Center for Higher Education Risk Management. “I’d love to see how Congress would respond to that.”

In the meantime, most experts predict the Trump administration will push the Office for Civil Rights to resolve the current investigations swiftly. Though officials say they’re working through the backlog as quickly as possible, complainants and universities have expressed disappointment about the crawling pace.

Nearly 22 percent of the current investigations have been open more than two years, federal records show. The department has closed 166 cases in the past three years.

Heap agrees there’s room for improvement. Her investigation, for example, has dragged on for 10 months, and it can often be a lonely, bureaucratic process.

She had filed her complaint after graduating in 2015 with degrees in history and gender and sexuality studies, so the investigation’s outcome won’t dramatically affect her life. Heap, now 23 and a paralegal at an immigration service nonprofit, wants to see it resolved for the sake of current and future U. of C. students.

And she wants the Department of Education to continue addressing sexual violence on campus.

“It’s not something that’s going to affect me so much anymore,” she said. “But it’s something that could help a lot of other people in the future.”