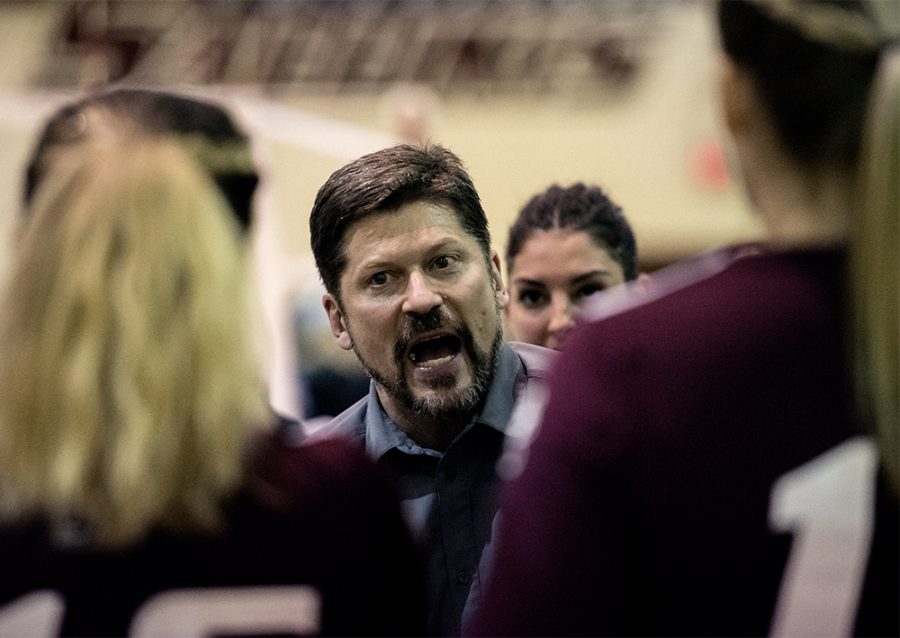 Assistant coach Todd Nelson speaks to members of the Saluki volleyball team during a time out Saturday, Nov. 19, 2016, during SIU's 2-3 loss to Missouri State in Davies Gym. (Morgan Timms | @Morgan_Timms)

SIU volleyball coach Justin Ingram will need to find a new assistant coach to round out his staff next year.

Prior to joining SIU in 2012, Nelson served as an assistant coach at the University of Denver, Marquette, Indiana State and Minnesota-Duluth.

While with SIU, Nelson helped guide the Salukis to a 101-59 record and their first NCAA tournament appearance in 2015.

He also served as the interim head coach earlier this year when Ingram missed time because of an illness.

“I’m extremely excited for this opportunity,” Nelson said in a news release Monday. “This was too good an opportunity to pass up and I’m excited to get started.”