United Nations secretary-general to speak at SIU next week 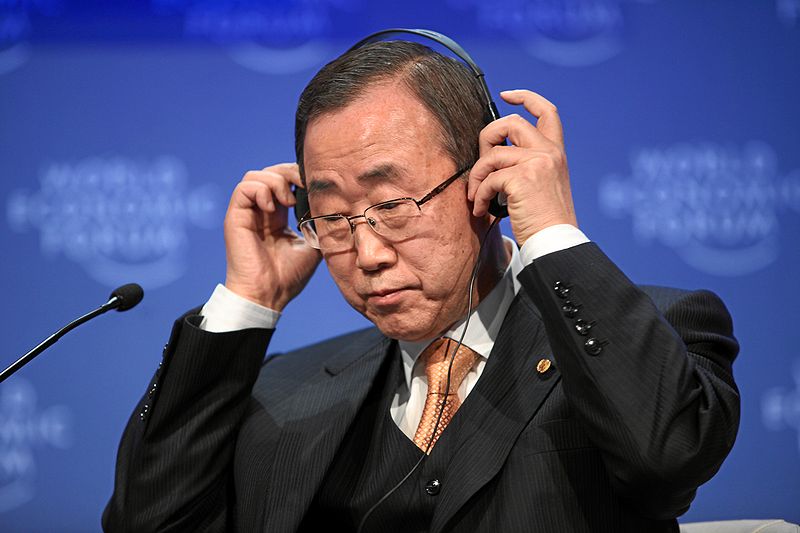 One of the highest ranking diplomats in the world will soon be coming to SIU to discuss his tenure.

His address at SIU will be his last public lecture before he finishes his second term as secretary-general at the end of the month.

“We are honored that the secretary-general accepted our invitation,” interim Chancellor Brad Colwell said in a news release. “I believe he did so because of our strong reputation as a national research university, our rich history of embracing international education, and the important work of the [Paul Simon Public Policy Institute] and the United Nations Association-USA Southern Illinois Chapter.”

Ban, a native of the Republic of Korea, is the eighth secretary-general of the U.N. He was elected to the position in 2007 and was unanimously re-elected to a second term in 2011.

In his two terms as secretary-general, Ban addressed many issues such as global warming, peace in the Middle East and LGBT rights.

Ban also served in South Korea’s Ministry of Foreign Affairs in 1970 until he became the country’s foreign minister in 2004 — a position he held until elected secretary-general.

The Simon Institute and the local chapter United Nations Association has long had a vested interest in bringing a secretary-general to campus for the last 15 years, said Matt Baughman, assistant to the chancellor and former associate director of the Simon Institute.

Baughman said the university extended an invitation in 2013 and 2015 for Ban to come speak, citing the university’s persistence and association with the late Sen. Paul Simon as driving factors to Ban’s recent decision to visit the university.

SIU previously welcomed to campus former Presidents Harry Truman in 1948 and Bill Clinton in 1995. Baughman said the secretary-general’s visit is on par with such presidential visits.

But, he said the difference in Ban’s visit is that his address will likely gain more international media exposure seeing as his native country impeached its first female president, Park Geun-hye, on Friday.

Ban isn’t the first U.N. official hosted by SIU. Others include former Undersecretary-General of the U.N. Brian Urquhart; U.S. ambassadors to the U.N. Don McHenry — an SIU alumnus — and southern Illinois native Jeanne Kirkpatrick; and Canadian Gen. Romeo Dallaire, who led the U.N.’s peacekeeping effort in Rwanda in the 1990’s.

“It’s such a significant honor to have the secretary-general coming to Illinois,” Baughman said.

Ban’s lecture will begin at 11:15 a.m. in the Student Center ballrooms with a reception following in the International Lounge. The topic of his speech is “What I Have Learned and Would Like to Pass On.”

The event is free and open to the public.