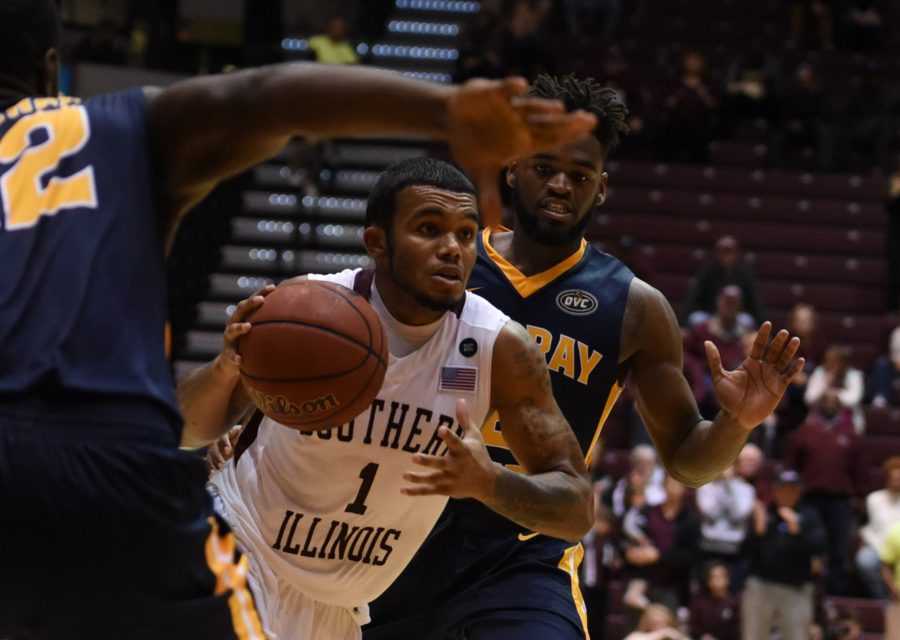 Saluki fans wanted a tougher schedule and Wednesday will mark the pinnacle of their wish coming true.

SIU men’s basketball will face its final Power 5 opponent of the season at 6 p.m. Wednesday when it travels to face the No. 11 Louisville Cardinals.

Louisville will go into the game with a 7-1 record, losing its only game to No. 4 Baylor in the final of the Battle 4 Atlantis tournament on Nov. 25.

“I watched them play Purdue,” Hinson said. “I didn’t sleep that night at all.”

The biggest challenge Louisville represents will be apparent almost immediately after the opening tip. The Cardinals play lockdown defense. Kenpom.com, a college basketball analytics service, ranks Louisville as the No. 1 defense in the nation so far this season.

Rick Pitino has prided himself for years on coaching defensive-minded teams and this year is no exception. This season’s Cardinals squad is 11th in nation in field-goal defense (36.2 percent) and 13th in scoring defense (59.4 points allowed per game).

Only one team has reached 70 points against Louisville this season: Grand Canyon on Saturday lost 79-70.

All of SIU’s strengths on offense appear to be equalled out by the Cardinals defense.

SIU likes to attack the basket inside, but Louisville is 14th nationally in blocked shots (6.3 per game). SIU can also shoot 3-pointers, but Louisville has a 3-point field-goal defense of 29.1 percent.

Louisville is able to defend so well because of its incredible length on the roster, which Kenpom.com ranks as the 19th tallest in Division I. Its roster consists of five players listed at 6-foot-9 or taller, and each of them have played in at least seven games.

SIU has one player that tall — sophomore forward Rudy Stradnieks.

The shortest of those five, junior forward Jaylen Johnson, is a tenacious rebounder who has almost as many offensive rebounds (29) as he does defensive (35).

As much of an interior presence the Cardinals have, its guard play is almost equally impressive. Sophomore Donovan Mitchell leads the ACC in steals per game with 2.5, and also leads the team in scoring at 11.9 points per game.

Louisville runs its offense a lot like SIU in that it likes to move the ball and distribute its scoring. Only two players — Mitchell and junior guard Quentin Snider — average double-figures, but eight players average at least five points per game.

The only way it appears SIU has a feasible chance to win is to force the Louisville shooting to a level below its usual level and win a game in the 50-point range.

The task is as tall as it’s ever been in the Hinson-era, but his own outlook on the game may be the best anyone can offer SIU.

“You know what? Let’s lace them up and let’s go,” Hinson said. “We’ve got nothing to lose when we go there and we’re going to play. It’ll be a great opportunity. I’m looking forward to it.”