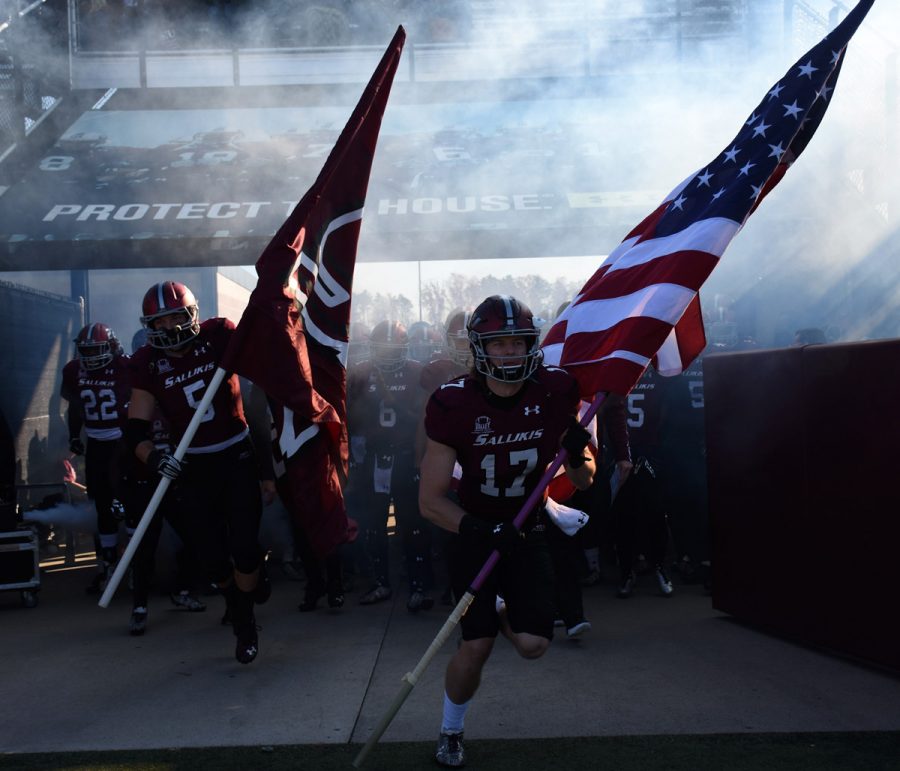 Despite not having the best season on the field, the SIU football team still had a few players honored by its conference.

Olsen has started 22 straight games at left tackle and helped lead SIU to the No. 2 scoring and total offense in the MVFC.

Allen led the team in tackles for the third consecutive season with 77. He also had seven tackles for loss, one sack, a forced fumble and a blocked kick.

It is the second time he was named to an All-MVFC team after being named a second-team member last season. He finishes his career with the 12th-most tackles in program history.

Davis was honored for his return abilities.

The Floridian freshman averaged a MVFC-best 26 yards per kick return and was one of three players in the conference to return a kick for a touchdown.

His 98-yard return was the second-longest in the conference and helped set the pace for him to finish with the third-most kick return yards in single-season program history.