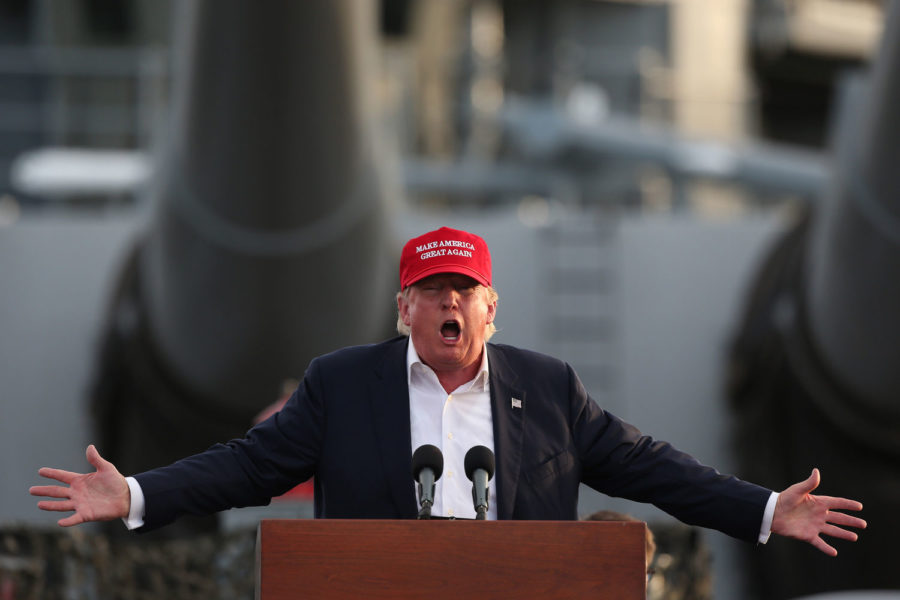 WASHINGTON — The buttoned-down millennials, in their dark suits and ties, settled in for the long conference day ahead.

They came to Washington to position their interests at the forefront of the political agenda. Their sponsor was the alt-right think tank called the National Policy Institute. The group at the conference was almost entirely young men.

This was the white nationalist lobby — the alt-right — coming to town for a victory lap after Donald Trump’s election, assuming what they see as their rightful place influencing the new administration.

“An awakening among everyone has occurred with this Trump election,” said Richard Spencer, president of the white nationalist think tank, as he opened the conference. “We’re not quite the establishment now, but I think we should start acting like it.”

Several hundred pro-white nationalists showed up for the day-long meeting, buoyed by Trump’s popularity and the role they intend to play in bringing white-identity politics to Washington. The men resembled Washington lobbyists more than the robed Ku Klux Klansmen or skinhead toughs who often represent white supremacists, though they share many familiar views.

This new generation is aiming to influence Washington in Washington’s own ways: churning out position papers, lobbying lawmakers and, perhaps most important, removing the cloak of anonymity to fully join the national political conversation.

Heidi Beirich, who monitors hate groups for the Southern Poverty Law Center, said today’s nationalists are picking up where David Duke left off when the former Klan imperial wizard shed his robes to enter politics in the early 1980s.

“This is how you sneak these ideas into the mainstream,” she said. “The guys in the suits are the ones we have to worry about.”

Spencer looks like many young staffers on Capitol Hill. And Beirich noted that even the newer white nationalist label, alt-right, removes the reference to “white” while positioning the nationalists on the “right” as part of the conservative movement.

“Beneath the benign-looking guy and the benign-sounding name, the purpose of the National Policy Institute is to push the idea that all men are created unequal,” Beirich said. “Sadly, in American history, there’s nothing new with that idea.”

Trump has said he “disavowed” support from white supremacists, but many in the alt-right believe his tough talk on immigrants and Muslims shows that their efforts to preserve a white majority in the United States are ready for a wider audience. They were heartened by his selection of Breitbart News executive Stephen Bannon as a senior adviser. He called his website a platform for the alt-right.

At Saturday’s meeting, organizers held an “ask us anything” news conference in the Ronald Reagan Building and International Trade Center downtown as protesters filled Pennsylvania Avenue outside.

As the up-and-coming intellectual voice of the movement, Spencer is credited with popularizing the term “alt-right.” Twitter cancled his account and those of other leaders last week in a crackdown on hate speech.

Spencer, who splits his time between his home in Montana and an office in the Washington suburbs, organized the conference before Trump won the election.

But now, with Trump preparing for the presidency, the National Policy Institute is planning to seize the opening with a series of policy papers on immigration, foreign and domestic policy to offer pro-white ideas. The views span left and right. The group advocates paid family leave, for example, but also requiring immigrants in the country illegally to leave and giving preference to white arrivals from Europe.

“In terms of policy, Trump’s movement was a little bit half-baked,” Spencer said. “Moving forward, the alt-right as an intellectual vanguard can complete Trump.”