How will the loss of longtime higher education legislators affect SIU? 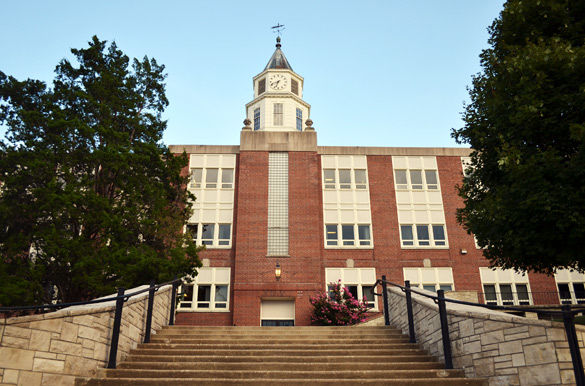 While national attention is focused on the results of the presidential election, changes in the Illinois state legislature may be consequential for the future of higher education in the state.

“A lot of people may say ‘Oh, the state government doesn’t affect me’ but it does,” said John Charles, a lobbyist for SIU. “For our students, there’s a direct impact.”

After a year-and-a-half long stalemate in the Capitol, a stopgap budget was passed by lawmakers on June 30, the last day of the 2016 fiscal year.

This budget is a temporary solution to a problem that still looms over the state the minute the six-month-long funding plan comes to a halt.

The budget impasse remains the most significant issue for higher education in the state, Charles said.

This meant a reduction of $18 million in operational funding for SIU from last year, interim Chancellor Brad Colwell said.

One result of the lack of full state funding has been the loss of 246 full and part-time faculty members in the last decade, according to university data.

For the fall 2016 semester, enrollment hit its lowest point since 1964, which Colwell partially attributed to the state budget crisis.

Academic and non-academic programs face cuts and graduate assistantships have been reduced by 265 positions since spring 2016.

At the time of the SIU Board of Trustees meeting in September, Dunn said the future funding for the university was largely dependent on the state legislative elections.

With winners announced and new legislators preparing to take office in the upcoming year, many are left wondering — what comes next for SIU?

When the newly elected lawmakers are inaugurated in January, the makeup of the House will be 67 Democrats to 51 Republicans. Though they still maintain a sizable advantage, this takes away the Democrats’ supermajority status, which stands at 71 Democrats to 47 Republicans.

The GOP also took control of two Senate seats from the Democrats, meaning the balance in the new year will be 37 Democrats to 22 Republicans.

Charles said fully funding higher education will have to be the priority for state legislators.

The campaigns of three southern Illinois state legislative races spent over $6 million, according to the Illinois Campaign for Political Reform, and the outcomes of these matches were not encouraging for the Democrats.

They lost the seat of 16-year legislative veteran Sen. Gary Forby, D-Benton, in the 59th District. He will be replaced by Harrisburg mayor Dale Fowler.

In the race for the seat left vacant by the retiring Republican Sen. Dave Luechtefeld in District 58, Republican Paul Schimpf, of Waterloo, was the victor over the former Lt. Gov. Sheila Simon, D-Carbondale.

When these three legislators leave office, the Capitol will lose 49 years of combined experience in the House and Senate.

Luechtefeld, who sat on the Higher Education Committee, “always had [the university’s] back,” Charles said.

This was also the case with Forby, he added.

In February 2016, Forby introduced Senate Bill 2970, which would allow the SIU’s board of trustees to sell, transfer or lease any surplus land owned by the university. The profits would go toward scholarships for students.

But the bill never made it out of the House, Charles said.

Forby and Bradley were also advocates for Senate Bill 2048, which aimed to provide funding to higher education institutions across the state, Charles said. This included roughly $53 million to SIU, but the bill ultimately failed to pass a vote in the Senate in May.

Charles said all three of these lawmakers have consistently been there for the university, supporting SIU not only in the General Assembly but in their communities as well.

He and his team will have to spend time educating the incoming policymakers on the importance of the university for southern Illinois, Charles said, but he is “looking forward to building relationships with the new lawmakers.”

Before the inauguration on Jan. 11, state legislators will once again be tasked with finding a solution for the state budget crisis.

Charles said he isn’t sure if a new budget will be passed by the outgoing 99th General Assembly during the lame duck session or if the job will be left for the incoming 100th.

Lawmakers will come together again for a new legislative session starting Nov. 15. That meeting, and the meetings in the weeks that follow, will provide a good indication of the future of the state budget and higher education’s representation in it, Charles said.

While he can’t say for sure what the incoming legislators’ contributions will be to the university just yet, Charles said he is optimistic.

“All I can say is we look forward to working with them,” he said.