SIU men’s basketball gets blown out by Arkansas 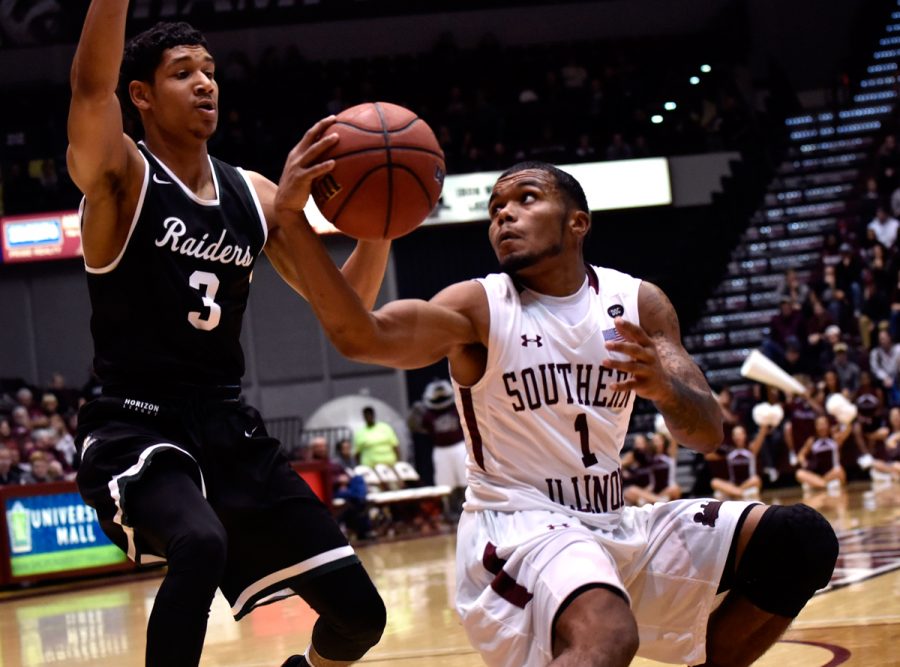 The good news is SIU men’s basketball won the second half Monday against Arkansas by six. The bad news is SIU was outscored by 31 in the first half, a hole the Salukis couldn’t climb out of in a 90-65 defeat.

Senior guard Mike Rodriguez came off of a 29-point game in the season opener struggling on Monday. He wasn’t able to make a basket shooting 0-7 from the field.

He would finish with four points, two rebounds and four assists.

Arkansas would have a 31-point lead going into halftime at 56-25.

The Razorbacks had four players with double-digit points.

Hannahs gave the Salukis trouble all game. He led all scorers with 19 points making 5-6 of his 3-point attempt, five rebounds and an assist.

SIU played better in the second half, raising their field goal percentage to 37 percent and 3-point percentage to 33 percent. They also cut down on turnovers, only committing six opposed to the 11 they had in the first.

That wouldn’t be enough as the Razorbacks would hold on to their lead for their second win of the season.

Sophomore guard Armon Fletcher was a silver lining for SIU. He led the Salukis in points with 13 making 3-4 of his threes. He also tallied five rebounds and an assist.

He was the only Saluki to make more than half of his shots in the game.

The Salukis will look to get their first win as they play at 7 p.m. Nov. 16 against Missouri Southern State at SIU Arena.