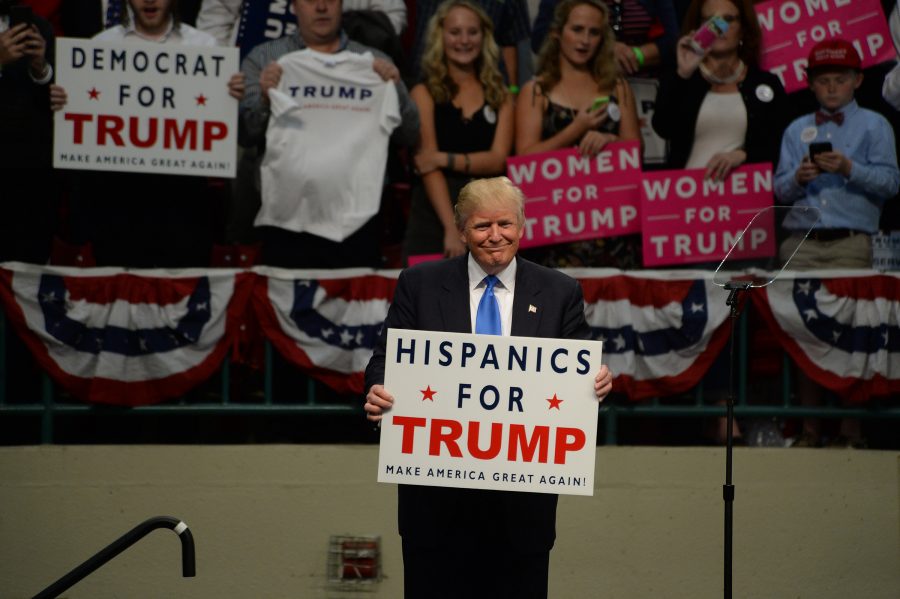 “I’m in shock, my stomach aches, I can’t believe it,” said a stunned Maria Torres, 28, who arrived at a bar in Mexico City expecting a victory for Hillary Clinton. “This is like watching the Titanic sink.”

As a television screen showed Trump leading in Florida, Carla Figueroa, 33, was dumbfounded.

“Florida, seriously, for Trump?” asked Figueroa. “And the Latinos? What terrible news.”

Some viewed thundershowers that lashed the capital shortly after dusk as a sign of turbulent times to come.

“The rain was an omen of the storm that is coming this evening,” said Juan Antonio Diaz, 34, as the television reported the peso headed toward a record low of 20 to the dollar.

Early results showing Trump running strong in key states contributed to a drop in the Mexican peso on the spot market to almost 19.8 to the dollar, a decline of 7.37 percent compared to the exchange rate at closing time, Bloomberg reported.

At an American-themed bar in the capital, where many gathered to watch electoral results, the mood was grim: There was little laughter, dazed patrons were chain smoking, and some called relatives in the United States to find out what had happened.

“It’s so worrying,” said Roberto Ascencio, 27, a Mexican urban planner who plans to study in the U.S. next year and was among the bewildered clients at the bar, Legion Americana. “I’m seeing my savings reduced. It’s scary to see how much the peso has been reduced in the last few hours.”

For Ascencio and many other Mexicans, the prospect of a President Donald Trump seemed unimaginable — at least until Tuesday evening.

“This is the first time I actually imagined (a Trump victory) as a real scenario,” Ascencio said. “I really haven’t had the chance to interact with people who are supporting him.”

During the campaign, Trump had thrown his weight behind a number of controversial Mexico-related policy plans — notably vowing to build a wall along the entire U.S.-Mexico border — earning him the enmity of many here and in much of Latin America.

The peso and the Mexican stock market have been oscillating in recent weeks in close correlation to U.S. polls — dropping as Trump has risen in the polls, gaining as surveys have shown Trump on the decline. That reflects fears that the Mexican economy could slide if Trump wins.

Perhaps no other country outside the United States is as invested in the election as Mexico. It is the polarizing figure of Trump — widely reviled here as a Mexico basher — that drove up interest in the U.S. presidential contest.

“American elections are always important to us, because we’re neighbors,” said Cecilia Beaven, 30, who was watching election results roll in at the Legion Americana bar. “But this year it feels personal.”

“What will happen to me when I’m in the U.S.?” asked Beaven, a Fulbright scholar who will be going to the U.S. to study art next year. “I’m scared. There has never been anyone more threatening to Mexicans and immigrants in general.”

Throughout Tuesday, the election received extensive coverage in the Mexican media, with stations featuring expert panels and hours of talking-head air time. The two major networks, Televisa and Television Azteca, dispatched anchors to the United States to direct the detailed coverage — often focusing on the expected critical role of the Latino vote.