SIU experts weigh in as election results are reported 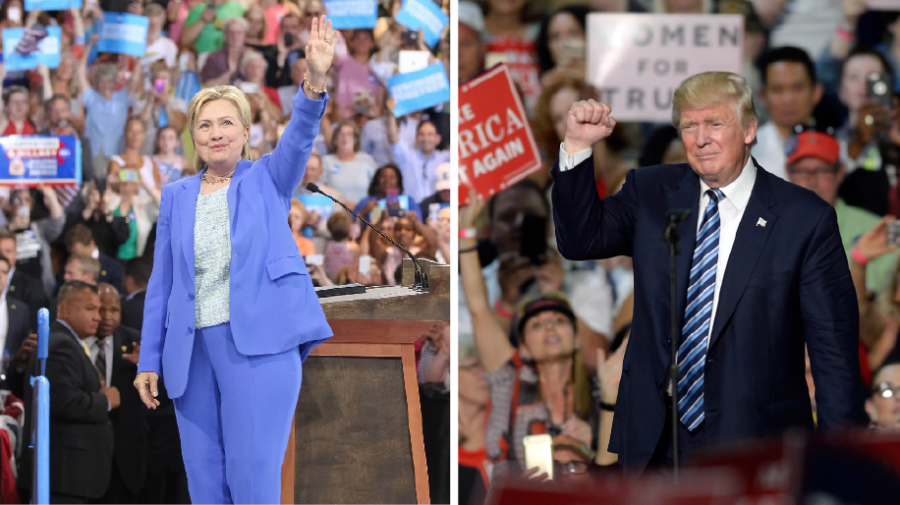 By Anna Spoerre and Sean Carley

You aren’t the only one following the election tonight.

As state results start coming in, we will provide you with reactions and predictions from five local experts.

Trump is now 26 electoral votes away from winning the election. Winning Michigan and Wisconsin will do that for him, where he has at least a full percentage point lead in both.

Mulligan said this election reminds him a lot of the 2000 cycle.

“Hillary Clinton is underperforming almost everywhere,” he said. “Clinton has been leading in all [of the swing states] throughout the entire campaign. Some places she didn’t even bother to campaign, like Wisconsin, thinking they’re in the bag and clearly they’re not.”

Despite the projections, Mulligan said there is still potential for Clinton to come back in the swing states.

Trump is now 48 electoral votes away from winning the presidency with a 29-vote lead.

“It looks like Trump is going to win,” Jackson said. “It’s a huge night for the Republicans because it looks like they’ll keep the Senate and full control of the legislation. … I didn’t think they was any way Trump could win.”

Multiple swing states are still too close to call, including Pennsylvania, Wisconsin, Michigan, New Hampshire and Arizona, but Trump holds slim leads in all of them.

Trump has officially been projected to win Florida’s 29 votes, Ohio’s 18 and North Carolina’s 15.

Grant said the election now comes down to the swing states of Pennsylvania, Wisconsin and Michigan.

“If she doesn’t get those, then it’ll be hard to see her winning,” he said.

Trump is 102 electoral votes from winning, with Clinton 59 votes behind him.

“Trump’s strength is a measure of the dissatisfaction that exists in the country,” Yepsen said.

He said many of Trump’s votes are coming from blue collar Democrats who previously voted for Obama. Yepsen said he isn’t predicting a winner yet, but noted the polls leaning toward Clinton may be off because it generally hasn’t been “cool” to be with Trump.

Yepsen said some voters may not have been honest about who they supported during polls, and may have voted for Trump once they stepped into the booth.

Despite the New York Times predicting Trump at an 87 percent chance of winning, Grant doesn’t think the Republican has the election in the bag just yet.

“Be wary of making predictions long-term,” he said.

Grant said the Virginia race continues to be much closer than expected. He is also watching the results in Michigan and Pennsylvania where a win for Trump would be devastating for Clinton.

So far, he said this election’s results are similar to those of the 2012 race between Barack Obama and Mitt Romney. Even though people think the campaigns make a huge difference in election results, Grant said there tends to be a lot of stability in terms of people continuing to vote along their own party lines.

“I’m surprised at Trump’s strength,” Yepsen said. “Trump is running better than a lot of polls predicted he would.”

He said with a race this close, the results might not be finalized until the morning, as there will likely be ballot challenges. Yepsen also said the last race he remembers being this close was the 2000 election between Republican George W. Bush and Democrat Al Gore.

8:15 p.m. — Trump leads with 130 electoral votes to Clinton’s 97 votes. The country is still waiting on the final results from Florida.

“At this point, it’s too close to call at the presidential level,” Mulligan said.

He said states to keep an eye on right now, aside from Florida, include North Carolina, Ohio, New Hampshire and Pennsylvania. He said another to watch is Virginia, which has traditionally voted conservative but has leaned toward the liberal candidate during the past few elections.

Mulligan said he will be surprised if Clinton doesn’t win Virginia, but said it’s good news for Trump that the state is still too close to call. He also called Marco Rubio’s Senate re-election in Florida “notable.”

Trump still leads in Florida with 92 percent of the precincts reporting. The race in Georgia is also still undecided, but leaning in Trump’s favor.

Grant said the last votes to be reported in Florida are typically from larger cities where voters lean left, so the state results could still turn. But he said Georgia has been a surprise to him, because the blue state is usually fairly easy to call, yet there are only 33 percent of the precincts reporting.

7:23 p.m. — Trump leads with 51 electoral votes to Clinton’s 44. Florida leans in Trump’s favor with 86 percent of the precincts reporting.

McClurg said no surprises so far — the states Trump has won are typically red states. He said he’s paying the most attention to the Florida race.

“If it’s won by Trump we’re going to have a really close night,” McClurg said.

If Clinton wins Florida, Grant doesn’t think she will be guaranteed the presidency, but McClurg said Trump will have to do better than expected in a number of states to have a chance against her.

7:10 p.m. — Democratic nominee Hillary Clinton leads with 44 electoral votes to Republic nominee Donald Trump’s 40 — 270 are needed to win. The race in Florida is up in the air.

“Florida is absolutely critical to both of them, but it’s too early to tell,” Jackson said.

Jackson said the early votes usually come from smaller towns, which are more likely to vote for Trump. He said the results may begin leaning in Clinton’s favor once larger cities’ counts start coming in.

This story will be updated throughout the night.