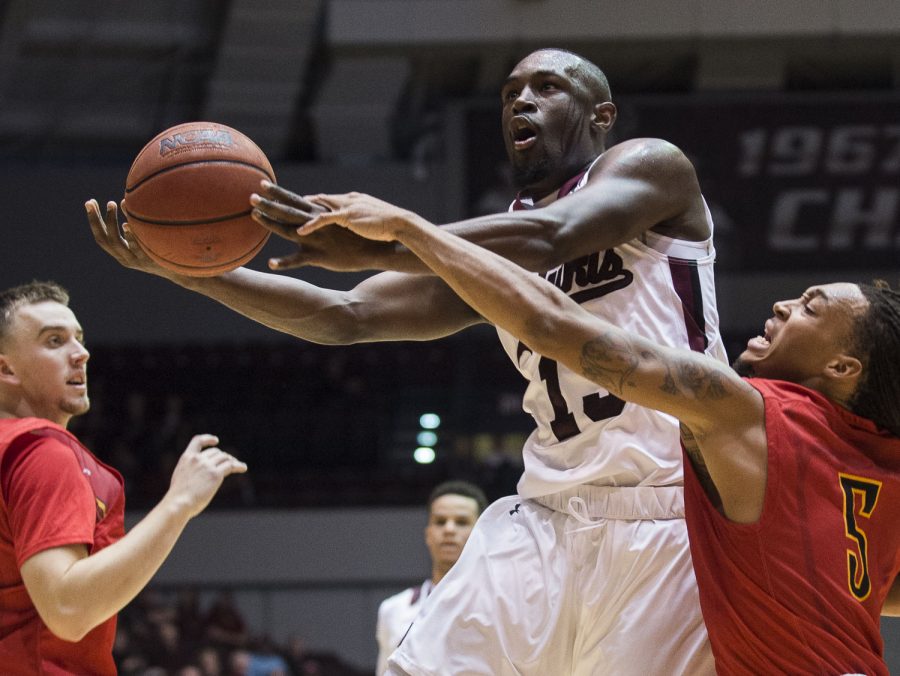 The game was close until the final buzzer with a total of 18 lead changes in the game.

With 48 seconds on the clock, junior forward Thik Bol put down an alley-oop that put the Salukis up 70-69.

After back-to-back blocks from senior forward Sean O’Brien and then Bol with 39 seconds left on the clock, all momentum was taken away from UMSL. Two free throws points from sophomore guard Armon Fletcher would put the game out of reach for UMSL.

Freshman guard Aaron Cook got his first start as a Saluki in place of injured senior guard Mike Rodriguez. Cook finished the game with six points on 3-4 shooting, two assists and two steals.

“I really liked Aaron’s game tonight,” coach Barry Hinson. “I think he played within himself, it was great for his experience.”

Two early fouls sidelined O’Brien for most of the first half as he only played three minutes. He would make up for that in the second half with eight points, four rebounds, a key late block and one steal.

Junior guard Jonathan Wiley gave the Salukis a big lift in the first half by making all four of his shots, leading SIU in scoring with eight points. He finished with 10 points and a rebound.

After falling behind, the Salukis went on a nine-point run and would use the momentum until the end of the half. They lead 36-33 at the half.

“We’re not going to beat anyone shooting [56.5 percent] from the free-throw line,” Hinson said. “Whether it’s Division II, Division I or Carbondale Junior High.”

SIU played solid defense in the first half, keeping UMSL’s 34.6 percent shooting as a team.

The Salukis play their first official game at 7 p.m. Nov. 11 against Wright State in SIU Arena.