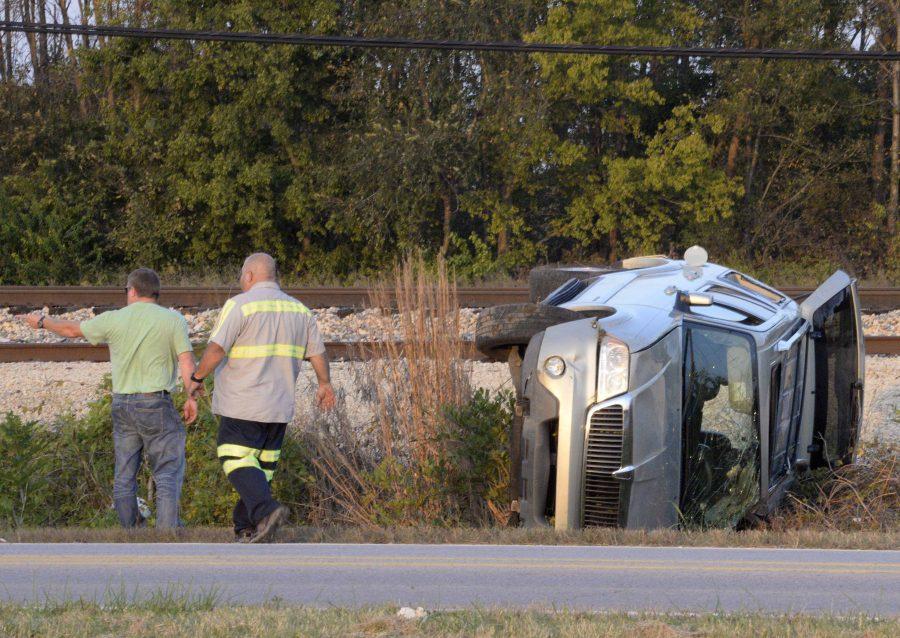 A tow crew responds to a flipped SUV on Sunday, Oct. 16, 2016, in the 1500 block of North Illinois Avenue in Carbondale. (Bill Lukitsch | @lukitsbill)

More than 2,500 people are without power after an SUV struck a utility pole on North Illinois Avenue during a single-car crash Sunday evening.

Police were seen blocking traffic about 5:30 p.m. in the 1500 block of North Illinois Avenue as a tow truck moved in to pull the wrecked SUV from a ditch along the side of the road.

At the scene, police learned the driver of an SUV lost control of his vehicle and it rolled over into the pole, Lt. Matt Dunning said.

Dunning said the driver was the only occupant and he was unharmed.

This story will be updated.