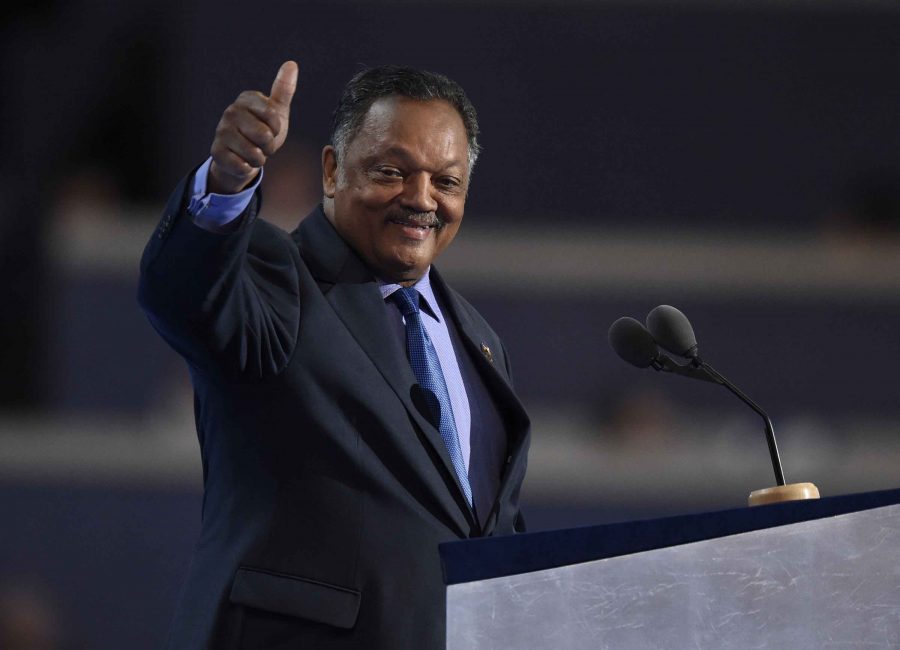 Rev. Jesse Jackson speaks on the third day of the Democratic National Convention at the Wells Fargo Center in Philadelphia on Wednesday, July 27, 2016. (Clem Murray/Philadelphia Inquirer/TNS)

My profound condolences go to Mr. Scott’s wife, Rakeyia, who recorded the video as the encounter escalated. She bravely stood her ground, pleading with the officers not to shoot her husband and ended up recording his violent death just yards in front of her.

It is hard to imagine the horror and helplessness she must have felt witnessing her husband of 20 years get gunned down by police officers who had arrived at their apartment complex parking lot with an arrest warrant for another man.

As chilling and infuriating as the video is to watch and listen to, I am asking — pleading, praying — that any future protests of the killing of Mr. Scott continue to be as calm and peaceful as they were Thursday night as hundreds of people — black and white — marched through the streets of Charlotte’s downtown business district.

Violence is a distraction, a disastrous detour on the road to justice.

Rev. Jesse L. Jackson, Sr. is the founder and president of the Rainbow PUSH Coalition.