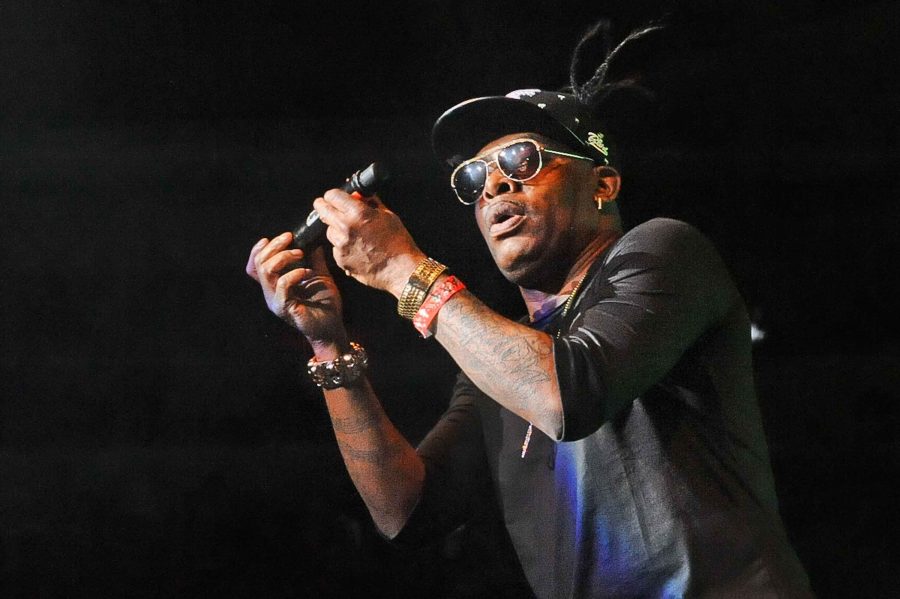 Coolio performs onstage on February 5, 2016, in Cedar Park, Texas. The rapper was arrested on Saturday, Sept. 17, 2016, after authorities said they found a loaded, stolen firearm in his carry-on bag at a security checkpoint inside Los Angeles International Airport. (Manuel Nauta/Sipa USA/TNS)

LOS ANGELES — Police arrested the rapper Coolio on Saturday after authorities said they found a loaded, stolen firearm in his carry-on bag at a security checkpoint inside Los Angeles International Airport.

Around 10:50 a.m., airport police responded to Terminal 3 after receiving a report about a prohibited item in the screening area, spokeswoman Alicia Hernandez said in a statement.

Police took possession of a carry-on bag on the X-ray screening belt and detained a 39-year-old man who claimed the bag, Hernandez said.

Authorities soon discovered that the bag “contained items belonging to one of the suspect’s traveling companions,” who had left the screening area and boarded a departing plane, Hernandez said. Police then detained Coolio, 53, “who upon questioning claimed ownership and possession of the carry-on bag,” Hernandez said.

The Las Vegas native was arrested at Los Angeles International Airport in 2009 after authorities said they found rock cocaine in his luggage.

Police did not immediately identify the other man, describe his relationship to Coolio, or specify whether he had been booked into jail.