Respect the tradition in baseball and softball 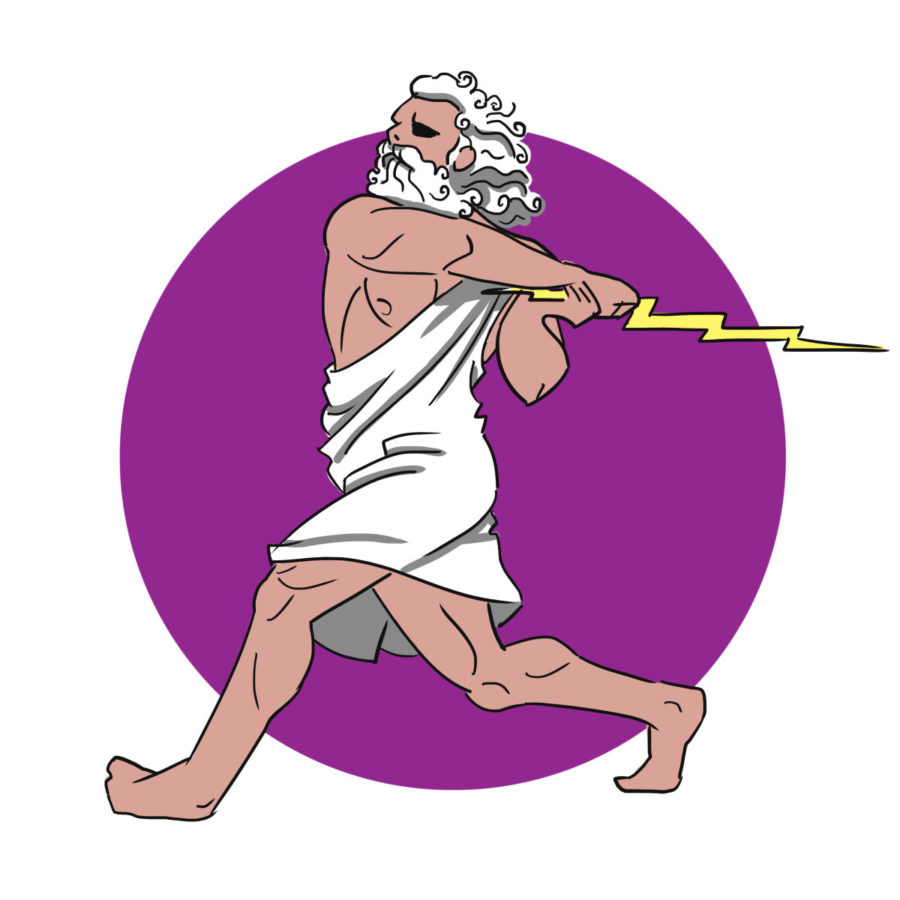 When a person practices a ritual, whether it be drinking a Coca-Cola in the morning, or making one last visual bag check, Murphy’s Law is ready to strike if they skip it.

In baseball and softball, this is a common practice. From the need to avoid touching any lines on the field before the game, to stepping onto the pitcher’s mound only when the catcher has started crouching, to drawing a cross on the mound with a foot before starting a pitch, it is all mental.

Softball coach Kerri Blaylock said she is not nearly as superstitious as she used to be, but she still believes in the baseball gods.

“You’ve got to respect the game,” Blaylock said.

She said respect is part of the game’s tradition.

Sophomore infielder Will Farmer said the baseball team follows superstitions because although it may not really affect anything, it is not worth the risk.

When Farmer first gets on-deck, he stretches his hamstrings before he takes a swing or two, a routine he practices in the same order every time.

“I feel like if I don’t get a hit or if I have a bad at-bat, it’s because I didn’t do my routine correctly,” Farmer said.

Farmer has started all 26 games and is tied for third on the team with 23 hits.

He said at practice the players have to do pushups when they make on-field mistakes.

Farmer said assistant coach Ryan Strain tells the players, if they do not do their pushups, that it is fine, but the baseball Gods know. They believe it might be the difference between hitting 3-for-4 and 0-for-4 at the plate.

Freshman shortstop Chase Slone said it is more about a player’s mindset than anything. They do whatever they have to do to feel ready to go fight at the plate, he said. Like Blaylock, he used to be more superstitious.

“I’d always wear tape on both wrists,” Slone said. “If I had a bad day, [the next] day I might just have it on my left wrist.”

Slone leads the team with 32 total bases, and has the second highest batting average at .263.

Freshman relief pitcher Colin Holderman also has superstitions, which began when he started playing at about 4 years old. He said his Dad taught them to him, and he has lived by them ever since.

Holderman said some superstitions are used to help start rallies.

“A thing we do when we want to rally, to come back, is we kind of group up in one little spot in the dugout,” he said.

Neither he nor Farmer step on the foul line before the start of a game.

The unwritten rules do not differ on a softball diamond.

Every time senior pitcher Katie Bertelsen pitches, she screams. She has done it since she was in third grade.

Bertelsen said before each game she wipes her hand off before wiping it on her pants, then she starts pitching.

“I have to do it each time,” Bertelsen said.

She said she feels she would pitch the same, but it is something she does regardless.

Junior shortstop Kelsey Gonzalez readies herself in the batter’s box her own way before each pitch.

“I do a kick with the dirt, put my hand in it and I always wear just one batting glove on my left hand,” she said. “I’ve always done that.”

She said the team’s pre-game activity order has stayed the same, whether it is playing at home or on the road.

Gonzalez said the team says the same phrases between innings. However, if the Salukis start to struggle, they change them.

She said Blaylock and associate head coach Jen Sewell both say the word “good,” in reference to a good play, something she was not used to upon her arrival to SIU.

“I’d always be like, ‘nice hit, or nice play or good play,’ but they’ll just say, ‘good,’ that’s it,” Gonzalez said. “I think that’s something we’ve all picked up and we all say it all the time to each other now.”

Blaylock said it is interesting how her teams have become less superstitious during her time as coach. She remembers one pitcher early in her SIU coaching career who was especially superstitious.

“If anybody messed up the third base chalk, if anybody touched it before the game, I think she thought she was doomed,” Blaylock said. “But she was a phenomenal pitcher, so I kind of let her believe what she wanted to believe.”

Blaylock thinks the coaching staff is now more superstitious than the players.

She wears the same batting practice jacket when the team is on a win streak. She also uses the same lineup card pen, but does not usually talk about it.

One of her assistant coaches is the same way.

Blaylock said she thinks it is a good thing the team is less superstitious.

“I think they don’t get caught up in all the other stuff, the peripheral stuff,” she said. “I think they’re literally worried about playing the game.”

Slone also said he realizes he cannot be perfect every day and baseball is just a game.

“Nothing that I do when I’m on deck is really going to affect the outcome,” he said.

Slone said he would rather focus on being consistent than focusing on superstition.