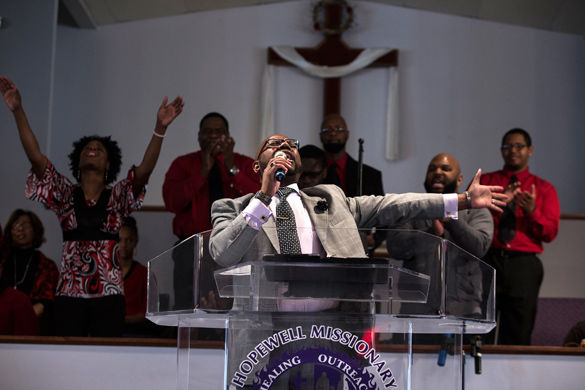 Western civilization has entered the long-predicted Secular Age, when the power of religion over society gradually recedes.

Europe started the shift after World War II. Churchgoing diminished until only a fringe of Europeans attend worship today — fewer than 10 percent in some nations. The young especially ignore faith. The secularizing trend spread to Canada, Australia, Japan and other democracies.

Now it’s occurring in America. People who tell pollsters that their religion is “none” have increased rapidly to one-fourth of the U.S. population. They’re expected to continue rising because one-third of Americans under 30 have ceased worshiping.

This trend has political significance, because those who don’t attend church are strongly liberal, progressive and Democratic in their values. The “none” segment may decide the Nov. 8 national election.

“The Decline of Religion is the GOP’s Real Demographic Crisis” is the title of a research report by journalist Matthew Sheffield, who is writing a book on the trend.

He points out that Republican Mitt Romney clearly won the 2012 presidential election, as far as U.S. churchgoers are concerned — but churchless voters killed Romney in state after state. Sheffield wrote:

“In seven key states — Pennsylvania, Florida, Virginia, Wisconsin, Michigan, Iowa and New Hampshire — Mitt Romney won the majority of the Christian vote but ended up losing overall because he was defeated so soundly among non-Christians.”

“It is safe to say that the Godless Gap cost Mitt Romney the election,” Sheffield concluded.

Young “nones” generally are tolerant and humane. They support the right of gays to marry. They support women’s right to choose to end pregnancies. They would halt the death penalty. They would legalize marijuana. They support universal health care. They reject most of the harsh Puritanism of the GOP and its fundamentalist wing. They embrace compassionate Democratic values.

But here’s a crucial difference: White evangelicals are shrinking, while the churchless grow relentlessly. The trend bodes a brighter future for liberal politics (although many “nones” don’t bother to vote).

It’s fascinating to watch the culture evolve. When I became a young reporter in Charleston, W.Va., the 1950s, Appalachian Bible Belt taboos were locked into law.

All those religion-based laws slowly vanished as society turned more secular. Few people noticed, because we all were too busy with daily life — but morality gradually flip-flopped. Former crimes became legal.

The secularizing trend seems unstoppable. It gradually bolsters progressive values of the Democratic Party. White evangelicals remain the heart of the GOP — but they’re losing ground as “nones” slowly outnumber them.